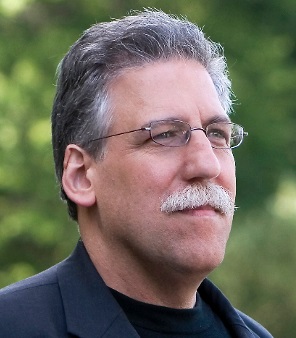 Do you only listen to sermons that scratch your itching ears?

Paul warned Timothy that the “time is coming when people will not endure sound teaching, but having itching ears they will accumulate for themselves teachers to suit their own passions, and will turn away from listening to the truth and wander off into myths” (2 Timothy 4:3-4).

That warning proved true in Timothy’s day, and it has proved true many times since, especially today, when we have a multitude of ear-tickling preachers. How can we recognize them?

We know that deception is very deceiving and that no one is willingly duped. And we know that no one stands up and says, “What I’m teaching is false doctrine meant to deceive and destroy you!”

We also know that it is arrogant for any one of us to think that we alone have sound doctrine while everyone else is in error.

Yet Paul did not warn Timothy in vain, nor is he warning us in vain, and so we must ask ourselves what, exactly, are the distinguishing characteristics of ear-tickling preachers.

1. Ear-tickling preachers bypass self-denial and the cross. Jesus told His disciples that if anyone wanted to follow Him, they had to deny themselves and take up the cross (see Matthew 16:24; Mark 8:34; in Luke 9:23 He says we must take up our cross daily). And Paul taught that “those who belong to Christ Jesus have crucified the flesh with its passions and desires” (Galatians 5:24).

Saying no to self and taking up the cross – meaning, giving up the claim to our own lives, dying to this sinful world and renouncing its claims – is a fundamental part of discipleship. Yet ear-tickling preachers will not talk about it.

The reason is obvious: It is not what our flesh wants to hear.

2. Ear-ticking preachers go light on sin. Throughout the Scriptures, both Old Testament and New Testament, including the Gospels, Acts, the Letters, and Revelation, there are warnings about the dangers of sin and calls to turn away from sin.

But that doesn’t mean that as leaders, we no longer need to warn our hearers about the deceitfulness of sin or urge them to vigilant against sin. To the contrary, because so much grace has been given to us, our responsibility before God is even greater (see Hebrew 2:1-4; 10:26-31; 12:25-29).

3. Ear-tickling preachers are loved by the world. In 2 Timothy 3, Paul recounted the persecutions and suffering he endured for the gospel –they were frequent and intense – and then said, “Indeed, all who desire to live a godly life in Christ Jesus will be persecuted, while evil people and impostors will go on from bad to worse, deceiving and being deceived” (2 Timothy 3:12-13).

Jesus said that the world would treat us the way it treated Him (John 15:18; Matthew 10:24-25) and that His disciples, like the prophets of old, would be persecuted for righteousness sake (Matthew 5:10-12).

But the world doesn’t hate ear-tickling preachers because they are “of the world” in their approach to the gospel.

It is one thing to have a good reputation for integrity and purity and to live out what we preach. It is another thing when our message does not offend sinners. As Jesus warned, “Woe to you, when all people speak well of you, for so their fathers did to the false prophets” (Luke 6:26).

4. Ear-tickling preachers tell the flesh what it wants to hear. The Old Testament prophets had to deal with this all the time. As Isaiah wrote long ago, “For they are a rebellious people, lying children, children unwilling to hear the instruction of the LORD; who say to the seers, ‘Do not see,’ and to the prophets, ‘Do not prophesy to us what is right; speak to us smooth things, prophesy illusions, leave the way, turn aside from the path, let us hear no more about the Holy One of Israel.’” (Isaiah 30:9-11)

In other words, “Don’t make us uncomfortable, preacher! Don’t make us squirm! Stop confronting us with the standards of a holy God!”

A friend recently shared with me that he learned that the owner of a local strip club was attending the same church that he and his family attended.

His sister-in-law approached the pastor and asked him about it, and the pastor said, “At least he’s coming to church. That’s better than not coming at all.”

That would be true, except that the pastor never said a word about sin and never said anything that would make the man uncomfortable about his exploitation of young women (and others). And so rather than this man getting convicted of his sins and discovering the life-changing love of God, he went home deceived.

Ultimately, my friend and his family had to leave.

5. Ear-tickling preachers get away from the Word and give way to myths. They may use a verse or two in their preaching, but their sermons are driven by their own worldly ideology – especially if it sells – rather than by the content of the Word.

Some even get into the realm of complete fantasy, preaching alleged heavenly or angelic revelations that titillate the ears of the pseudo-spiritual but do not exalt Jesus, do not turn people away from sin, and do not produce lasting spiritual fruit.

I personally believe there are preachers today who genuinely know the Lord but have bought into a lie about the nature of the gospel, and while they think they are helping people, they are really hurting them in the long run.

May God grant these men and women repentance – especially those who actually are charlatans and deceivers – and may God give us discernment, repentance, and a love for the truth, regardless of cost or consequence.

A Word of Encouragement

The Stock Market In Japan Is COLLAPSING