Sitting here pondering and thinking about what 2015 has in store, I do have to admit that there is a little bit of trepidation going on, but most of all I feel and see a lot of hope, adventure and yes even excitement.

One of the things I believe we will have to deal with is change, and no I do not mean the sort of change our wonderful leader promotes.

I guess the best way to say it is learning to roll with the punches. Spotting opportunity and acting on it. Being able to turn on a dime and make the most out of life when life gives you lemons.

There are a lot of “not so good” things that will be taking place in 2015, particularly in the US.

Even though the US has had high stock market numbers (pump that $$ in baby), and GDP was adjusted up from 3% to 5% (cooking the books).  A lot of this was just smoke and mirrors.

A few days ago I sent out breaking news that our wonderful leader signed yet another Executive Order creating a National Police Task Force to look more into the policing of the people nationwide. This is not a good thing and this act has opened a whole new can of worms and is very disturbing. George Orwell called it the police state in his book 1984.

WHICH, here is a quick idea of that book written back in 1949…

Nineteen Eighty-Four, sometimes published as 1984, is a dystopian novel by George Orwell published in 1949.

The novel is set in Airstrip One (formerly known as Great Britain), a province of the superstate Oceania in a world of perpetual war, omnipresent government surveillance, and public manipulation, dictated by a political system euphemistically named English Socialism (or Ingsoc in the government’s invented language, Newspeak) under the control of a privileged Inner Party elite that persecutes all individualism and independent thinking as “thoughtcrimes”.

The tyranny is epitomised by Big Brother, the quasi-divine Party leader who enjoys an intense cult of personality, but who may not even exist. The Party “seeks power entirely for its own sake. We are not interested in the good of others; we are interested solely in power.”

The protagonist of the novel, Winston Smith, is a member of the Outer Party who works for the Ministry of Truth (or Minitrue), which is responsible for propaganda and historical revisionism. His job is to rewrite past newspaper articles so that the historical record always supports the current party line. Smith is a diligent and skillful worker, but he secretly hates the Party and dreams of rebellion against Big Brother.

Pretty interesting and I have to say that it sounds pretty familiar too. 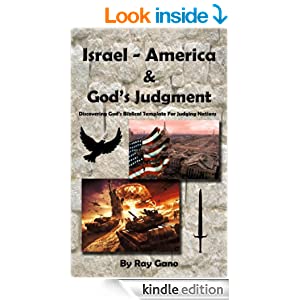 Something else that I am watching is the Shemitah – the end of the sabbatical year. This will take place September 13, 2015.

In my book “Israel – America and God’s Judgment” I point out the historical trends and similarities that both Israel and America share. We know for a fact that there are Godly nations and nations that serve the enemy. Christ himself stated that there are goat nations and sheep nations. I am one who sees the US as a sheep nation and like Israel; we were dedicated to God by our leaders when our nation was founded. Because of that I believe that there are certain responsibilities we as a “Godly” nation have. When we “backslide” and start not doing what we should, God chastises us. He has been trying to get our attention for some time now and His chastisements have been getting worse and worse.

You can read more about it in my book here — http://amzn.com/B00GZ49ADS

Needless to say, I do not see our nation repenting before the Sept 13th date. So I believe that we will see worse chastisement than we have seen in the past. How that will play out, I do not know. I personally think that that God will do as He has done in the past and use our enemies.

You can read how God judges nations in the last part of Isaiah 5.

Now I know that this sounds bad and all, but out of all of this, I see great opportunity for us in many different ways.

First, when people hurt, they turn to God. I think we will have a lot of opportunity to share the gospel with many who will have an ear to hear.

Second, I believe that we will see the family unit grow stronger again. They will have to so that they can endure the hard times that will possibly come about.

This year I am challenging myself again to live the Servant Warrior’s life. This has been a great challenge for me last year and I grew out of that challenge. It was not easy and I learned a lot about myself and God pointed out a lot of things that I needed to work on. I look forward to doing the same and grow in many ways while being in the service to my Lord and King.

Will you join me? You can read more about it here — http://tinyurl.com/PZ-2015-Challenge

Please continue to keep me and Tracye in your prayers. We know that we will have challenges and changes like many of you will this year. We are looking forward to what God has in store for us and we know that no matter what happens good or bad, God’s Grace will be sufficient for us and He will see us through any storms or bumps in the road.

I pray that God blesses you and keeps you. That His favor shines ever so brightly upon you and your family in this New Year. 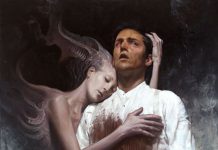 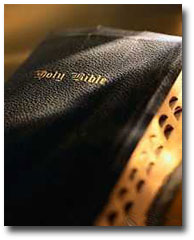 Sectarian Violence in Iraq – does it fulfill prophecy? By Jack…

We Do Have Some Problems Here