Thousands of rioters chanting “Death to America” in Afghanistan over an apparent inadvertent burning of a few Korans by NATO security forces at the Parwan Detention Facility have left at least nine people dead, including two American soldiers. Meantime, the man who occupies the Oval Office sent a letter to Afghan President Karzai expressing “deep regret” and “sincere apologies” for the burnings, which appear to be an accident. Yet two American soldiers were murdered over the incident by an Afghan soldier, who turned his weapon on the US soldiers instead of helping them contain the protests. There was no apology issued from the Afghan government over the killings.

NBC News reports General Karsten Jacobsen said there were unconfirmed reports that prisoners at the detention facility were using the Korans to pass extremist and inflammatory messages to other prisoners. Jacobsen said, however, that the person giving the burn order was unaware that Korans and other religious materials were included in “the materials marked for disposal.” Meanwhile, the Taliban, with whom the White House has been currying favor as a peace partner in Afghanistan, called for a Jihad against all Westerners, issuing a statement: “They have to kill them, beat them, and capture them to give them a lesson to never dare desecrate the holy Koran again.”

Apparently, the White House is falling all over itself to apologize for the Koran burnings. White House Press Secretary Jay Carney sternly told reporters that the apology was appropriate: “It is wholly appropriate, given the sensitivities to this issue, the understandable sensitivities. His primary concern as Commander-in-Chief is the safety of American men and women in Afghanistan, of our military and civilian personnel there. And it was absolutely the right thing to do.” Then Carney added, “And I would simply note that Secretary Panetta, Joint Chiefs Chairman Dempsey and I have all conveyed apologies on behalf of the United States for this incident.”

The Commander in Chief appeasing these barbarians with dozens of apologies is extremely disappointing behavior. The medieval hoards in Islamic Afghanistan riot and kill over the inadvertent burning of a book, but Americans barely raise an eyebrow when two of their finest sons are murdered because of it, and the president is the one apologizing. Galatians 6:7 says, “Be not deceived; YHVH (God) is not mocked: for whatsoever a man sows, that shall he reap also.” This president is the harvest of the seeds of apathy, indifference, tolerance for all things evil, and disrespect for God. How big of a crop are we to sow? And what evil will beset us at the next harvest? Our economy, our moral condition, our leadership, our Christian walk are indicators. 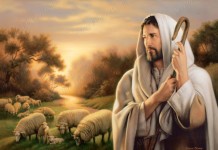 Is It Time to Leave America While You Still Can?

Headship in the Home By Joseph Chambers 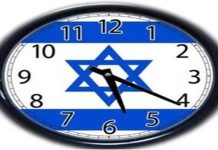