This week on my show it hit me hard just how easy it is to stop doing the right thing because it is too costly and hard. Rolling the freedom ball up the hill hurts my muscles and stains my clothes with sweat. I feel a cramp coming on…do I pause, stop or faint?

This week I interviewed a former IRS investigator, Michael Vilardi and we explored the desperate need for tax reform. I asked him what he thought about me running on a 2% point of purchase tax and eradication of all other Federal tax. He said he thought it was brilliant since it would bring in enough money to run our country, get us out of debt and be totally fair to all. I asked him what my challenges would be to try and get this done. He thought my main challenge would be going against the politicians and leadership that believes it is their job to control the people, take our money and redistribute and/or waste it. They want the power. The people are too dumb to have the power.

I was horrified and it made me even more angry then I already am with what our Government continues to do to us. My 2% point of purchase tax would be a freedom revolution for the people and a frontal assault on evil and UN constitutional controls on business profits and people’s income. It is the only fair method that could finally get rid of our national debt, secure Social Security, Medicare/Medicaid, our Military and other national business. Since this would have been so easy to do decades ago, the only reason I can find that we haven’t is because political brokers in D.C. and the White House want to control the people. They don’t give a damn about fixing our country – getting us out of debt – liberating and serving the people and repairing our economy. If you aren’t beyond angry you are probably dead, if so, maybe you could vote in November.

If our elected politicians really cared about our country and its future they would have worked night and day to put this kind of tax reform through, a 2% point of purchase tax. This would have solved all our money problems, debt problems, energy infrastructure problems, job problems and border problems.

Instead, what have our political leaders given us? First, the draconian Obama care bill, forcing practically everything on us, death panels, RFID chips in our body, dictated salaries for Doctors, forced Government approved insurance or else big fines. The Government commands Doctor’s salaries. It is beautiful and inspired if you live in Nazi Germany.

Then, the NDAA betrayal of a bill was voted into law by Democrats and Republicans. All who signed this into law should be impeached from the President down. It is totally Unconstitutional, immoral and a major dictatorship tentacle of Obama to have the power to turn on the people. In a related and inspired fashion we have seen Obama put forth an executive order to grab more Marshall law power and sign an aviation bill to have 30,000 drones flying over our heads.

This week, Columnist and Investigative Journalist Sher Zieve reminded us in her column and on my show about Obama’s ordering the secret service to crush our 1st amendment rights where ever Obama appears. It is one thing to stop outlandish displays, interrupting a speech or event, but quite another, stopping dissent and 1st amendment rights all together for miles around. Yet, another dictatorship tentacle flying at the people. Get back in your submission box and shut up.

We don’t need polite negotiation with this horror show of a usurper President but we need real leadership in the House and Senate. Where are the droves of impeachment documents aimed at Obama? He should have been impeached for the illegal war in Libya, signing the NDAA bill into law, signing the unconstitutional health care bill and I’m just getting started. Alas, what am I smoking? The reason we have had pathetic leadership from the House and Senate is that most of them have become exceptional artists of compromise and sell outs. There should be loud yelling matches and political wars going on over these bills and actions. Instead we see dinners, talks and appropriateness. They want to keep their power and jobs, NOT SERVE AMERICA, THE CONSTITUTION AND HER PEOPLE.

I am running for President as a total outsider and seeking the nomination of the Constitution Party. Please pray for me in this journey that God’s will is done and that He puts his person in the White House and brings our miraculous country back. We can do this together but I need you and your support. I won’t quit if you don’t. www.laurieroth2012.com

Tune in to The Roth Show, Weeknights from 7:00 to 10:00 pm PAC and find out for yourself! You can listen live on cable radio network (live on the internet) channel 6 or visit The Roth Show web site and click on “where to listen”   www.therothshow.com Call the Roth Show at: 1-866-388-9093 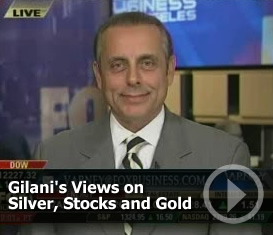 Why I’m Closing My Bank Accounts While I Still Can

Will the Evangelical Church Sell Out the Gospel for a Dominionist…