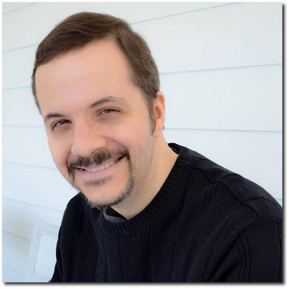 Who ever thought that we would be talking about an epidemic of beheading early in the 21st century?  Unfortunately, it appears that beheading is making a huge comeback and has become a favorite form of execution all over the world.  Recently we have seen brutal beheadings in the Middle East, in Mexico, in Africa, in India and even in the United States.

So what is next?  Will guillotines make a comeback?  This was a really difficult article to write.  If you have a weak stomach you might not want to read it.  I thought about not writing it, but I think it is important to expose what is really going on out there.  Sometimes it is really easy to sit in our comfortable homes surrounded by people that we love and ignore the terrible evil that is happening out in our world today.

Our planet is not a very nice place and tyranny is gaining more ground with each passing day.  You might think that this is something that happens “on the other side of the world” and that you do not need to worry about it, but as tyranny spreads so will this kind of brutality.  What would you do someday if you had a choice of either bowing down to tyranny or losing your head?  What would you do someday if you were threatened with beheading if you did not renounce what you believe?  You might want to think about how you would handle that type of situation.  Our world is becoming a very evil place, and in the years ahead the pressure to submit to tyranny is only going to increase.

The following are 11 examples that show that beheading has become a favorite form of execution all over the world….

#1 Most people don’t connect “beheadings” with North America, but the truth is that they happen very often down in Mexico in connection with the drug wars.

For example, just a few weeks ago 49 corpses without heads were found near the city of Monterrey, Mexico.  It has become common practice for drug cartels to behead their enemies once they execute them.

In another shocking incident, 18 decapitated corpses were recently discovered near the city of Guadalajara, Mexico.

#2 You don’t hear about it in the mainstream media, but it is quite common for Muslims that have converted to Christianity to be beheaded for their faith by gangs of vigilantes in many areas of the Middle East.

An absolutely brutal beheading that was recently shown on “Egypt Today” is getting a lot of attention.  I thought about posting the video in this article, but I just couldn’t.  A lot of children read these articles, and children should definitely not watch this video.

I am writing about it because I think that it is important that people understand what is really going on out there.

The following is a description of what happens in the video from a recent article by Raymond Ibrahim….

A young man appears held down by masked men. His head is pulled back, with a knife to his throat. He does not struggle and appears resigned to his fate. Speaking in Arabic, the background speaker, or “narrator,” chants a number of Muslim prayers and supplications, mostly condemning Christianity, which, because of the Trinity, is referred to as a polytheistic faith: “Let Allah be avenged on the polytheist apostate”; “Allah empower your religion, make it victorious against the polytheists”; “Allah, defeat the infidels at the hands of the Muslims,” and “There is no god but Allah and Muhammad is his messenger.”

Then, to cries of “Allahu Akbar!”— Allah is greater!”—the masked man holding the knife to the apostate’s throat begins to slice away, severing the head completely after approximately one minute of graphic knife-carving, as the victim drowns in blood. Finally, the severed head is held aloft to more Islamic slogans of victory.

If you really want to watch the video, you can find it right here.  YouTube has put an advisory on the video for good reason.

Once again, it is very hard to write about this, but the truth is that this kind of extreme tyranny needs to be exposed.

#3 A bizarre beheading also happened recently in India.  In this case, a famous Indian actress was kidnapped and held for ransom.  A recent article in the Telegraph detailed how the story played out….

Her mother paid 60,000 Rupees (£730) into her daughter’s account for her kidnappers to withdraw, but she was allegedly killed soon after. She was strangled to death, beheaded, and her body was dumped at two different sites as her killers made their way back to Mumbai. Her torso was dumped in a water tank and her head thrown out of the bus window in a bag on the road to Mumbai.

#4 Beheadings are becoming more common in Africa as well.  For example, 40 men, women and children were beheaded in Nigeria recently when their village was attacked and burned to the ground.

#5 Beheadings happen in Europe as well.  The following is a story from Germany that was reported in the Huffington Post on Monday….

A German man was seen atop his roof, a knife in one hand and his wife’s head in the other this morning.

The unidentified 32-year-old man allegedly screamed “Allahu Akbar,” which means “God is great” in Arabic, before decapitating his wife on the roof of his five-story apartment, according to a translation of the Berliner Morgenpost. Police described the suspect as mentally ill.

Neighbors said the man and his wife were arguing loudly before they were seen on the rooftop. The man reportedly sharpened his knife and then beheaded the victim while she was still alive.

#6 A really weird beheading took place up in Canada a while back.  The following is an update on the story from CBS News….

Vince Li, the man who beheaded and cannibalized a fellow passenger on a Greyhound bus in Canada, has won the right to be allowed to leave the grounds of the mental hospital where he is being kept, a criminal review board ruled Thursday.

Does anyone else find it disturbing that he has been allowed to mix with the general public again so quickly?

#7 In Pakistan, beheadings are often done on enemies that are especially hated.  The following example comes from a recent Fox News article….

Taliban fighters killed 14 Pakistani soldiers in a key militant sanctuary along the Afghan border, beheaded all but one of them and hung two of the heads from wooden poles in the center of town, officials said Monday.

#8 In Somalia, if you choose to become a Christian you might pay for it with your life.  The following is how Open Doors described what happened to one young man who had turned to Christianity….

Juma Nuradin Kamil, a Christian convert from Islam, was kidnapped and later, on Sept 2, found decapitated on the outskirts of Hudur City in Bakool region, in southwestern Somalia. According to Compass News, a source in Mogadishu with ties to Somalia’s underground church, confirmed the murder of Kamil.

On Aug 21 Kamil was forced into a car by three suspected Islamic extremists from the al Shabaab terrorist group. Members of his community thoroughly combed the area looking for him. And finally, on Sept. 2, at 2 pm, Kamil’s body was found, dumped on a street. The kidnapping and subsequent manner of murder suggests that al Shabaab militants had been monitoring him, Christian leaders said.

#9 Even the presence of U.S. military forces in Afghanistan does not prevent local Christians from being abducted and beheaded.  The following is how one magazine described the beheading of one Afghan man….

A video released in recent weeks, and made available to WORLD this week by two separate Afghan sources, shows four Afghan militants beheading a man believed to be a Christian in Herat Province.

The militants, who claim to be Taliban, captured the victim, a man in his 40s named Abdul Latif (according to Obaid Christ, who provided translation of the video), earlier this year from his village outside Enjeel, a town south of Herat.

In the two-minute video, the men, wearing explosive belts (or suicide vests) and kaffiya head scarves to cover their faces, recite verses from the Quran while forcing Latif to the ground and pinning him with their feet. “You who are joined with pagans . . . your sentence [is] to be beheaded,” read one of the militants in Farsi from what looked like a paper decree. “Whoever changes his religion should be executed.” The passages refer to Sura 8:12 (“I will instill terror into the hearts of the Unbelievers: smite ye above their necks . . .”) and the hadiths, or sayings of Mohammed.

As Latif fought his captors from the ground, one of the militants thrust a medium-sized blade into the side of his neck. With blood flowing onto the ground the militants shouted “Allahu Akhbar” or “God is great” over and over until Latif was fully beheaded and his head was placed on top of his chest.

#10 In Thailand, Islamic extremists slaughtered an entire family and beheaded a 9 year old boy because they would not submit to tyranny.  Once again, please be very careful if you go to watch that video because it is extremely graphic.

#11 Beheadings even happen in the United States.  Police say that a woman down in San Antonio recently beheaded her infant son and ate some of his body parts….

San Antonio police say a woman accused of beheading her 3-week-old infant son used a knife and two swords in the attack and ate some of the child’s body parts.

But he says Sanchez ate part of the newborn’s brain and bit off three of his toes before stabbing herself twice.

The goal of these examples is not to gross everyone out.

Rather, the goal is to get everyone to realize that large numbers of people are being brutally slaughtered all over the globe.  Very often, they are being slaughtered because of what they believe.

And another goal of this article is to also get everyone thinking about what they would do in a similar situation.

If you were faced with either renouncing what you believe or losing your head, what would you choose?

Is what you believe worth dying for?

You won’t hear about it much in the mainstream media, but the truth is that every single day large numbers of people are being brutally killed for what they believe all over the world.

Someday you may be forced to make a similar choice.

I hope that you are ready when that day arrives. By Michael Snyder

MUST READ – The Day The Constitution Died