I don’t think the world has ever seen anything quite like the times in which we now live. There seems to be so much swirling around us. Sometimes I feel like my head is spinning.

Is it just me, or do you find it hard to know who and what to believe?

I write this with much caution because I am rapidly become more aware of the impact my writings have. I know that may sound arrogant, and that is certainly not my point, but the truth is, thanks to NewsWithViews.com, and the power of the internet, there are many around the world who are reading what I write.

It is hard for me to conceive, actually. But, like you, I have several reliable websites that I check daily, and my own list of favorite writers that I seek out on a regular basis. I read voraciously, mix it with the meat of the Scriptures, purify it through the oil of the Holy Spirit and spit it out on the internet hoping to impregnate the ether zone with my own seeds of Truth.

It started out as a catharsis for me really…this convulsion inside of me to regurgitate all I have consumed in a form that others may chew on…thereby initiating in them a real appetite for Truth. Not religion, not religious, but Truth as I see it applies to today. I am humbled that many read what I write.

I regularly take on what I see as “good for nothing” Christianity, pointing out the warts in Christianity so that the church-disgusted and the church-wounded might find their way back to the Truth. Jesus is the Truth, and I pray that ultimately, the Holy Spirit will use me to guide others back to the Savior.

Those who know me will tell you it is not about me. I don’t know why the Lord has given me this platform, but I promised Him that I would speak the Truth as I saw it, regardless of what goat got gored, and trust that my life might bear fruit for Him.

I am not a theologian, I wouldn’t set foot in a Seminary, and I would never speak as an authority on eschatology, epistemology, hermeneutics, or religious studies. I am just a guy with a Bible, guided by the Holy Spirit, working out my own salvation with fear and trembling while doing my best to make this crazy world understandable. Like you, much of my education has been in the School of the Wilderness.

Does that make sense? Read what I write, take it with a grain of salt, and join me in the hunt for truth.

The Spiritual war is real and is playing out before us. Because most Americans are so shallow in their thinking they do not understand that there is a spiritual reason, connection really, to everything that is going on in this world. The battle between good and evil, light and dark, truth and lies, right and wrong, is playing out in the battle for the culture.

Most of us think it is political; democrat bad/republican good, liberal bad/conservative good, Fox News good/MSNBC bad…but that merely identifies the teams and some of the star players.

The battle before us is the battle of the ages; The seed of the serpent against the seed of the woman…make no mistake about it. It is a REAL war with real eternal consequences. Hell is real, angels, demons, Satan…Jesus…they are all real…but invisible. Often it is hard to believe what you CAN see, let alone what you can’t.

But trust me; there is a dimension around us where this “wrestling” is taking place. “High places” is the term the Scriptures give us, where the “principalities and powers” battle for control of this earth-world.

The job of a Christian is to contend for Truth in this world, “tearing down strongholds and every high and lofty thing that exalts itself against the knowledge of God.” (I’ve probably lost about two-thirds of my readers at this point because they don’t understand what I am talking about.) The spiritual world is more real than the natural one…but we can’t see it because it is “invisible” to the natural eye.

Paul warned us “But the natural (fleshly) man receiveth not the things of the Spirit of God: for they are foolishness unto him: neither can he know them, because they are spiritually discerned.” It takes “spiritual eyes” to see spiritual things. Jesus told Nicodemas that unless you were “born of the Spirit” you could not even “see the Kingdom of God.”

We Christians waste sooo much time on things that are trivial. Just turn on your local Christian radio station and listen to the “sermons” blathering out of your speakers. It is as if being a member of the “Christian Club” inoculates and exonerates you against any of the forces of evil at work in the natural world.

Where did we come up with the idea that this war that Paul speaks of in Ephesians only affects us in a “personal” way…our finances, health, happiness…while absolving us of any responsibility to “earnestly contend for the faith” in the world around us?

Has anything more emasculated the church than this idea that the “Rapture” would rescue us from any participation in this war that rages before us? It is part of the “confusion” or “spiritual blindness” that envelops the modern American-church. If one REALLY believed in the imminent return of Jesus and the rapture of the church can you explain to me why we waste time talking about retirement, investments, and being “good stewards” of what the Lord has given us?

If you really believed that Jesus came to save souls, and that most of the people around you were in danger of eternal damnation, and that the “signs of the times” trumpeted the imminent return of our Lord, how could you possible sit lamely in the padded pews of your church and not spend “all that you have” to warn and rescue the perishing?

You don’t even believe what you say you believe. “Go and sell all you have and give it to the poor…” Lot’s of ‘rapture watchers” with big bank accounts. Why store it up if you are going to leave it behind?

But I don’t want to argue eschatology or theology with you. I’m speculating my way through this world as well.

But here is what I DO know. Something is going on.

When Jesus stood before Pilate he declared “for this cause came I into the world, that I should bear witness unto the truth. Every one that is of the truth heareth my voice.”

Pilate responded, “What is Truth?” Pilate couldn’t see and he couldn’t hear.

The battle has never changed. It is the same question the world is asking of Christians today.

But not everyone who calls himself/herself a Christian today, is. Without the Spirit of God we only have the ability to see natural things, with our natural eyes. Jesus warned us that a day was coming when the delusion and confusion would be so great that “insomuch that, if it were possible, they shall deceive the very elect.”

As hard as this may be for you to swallow much of what we see happening is the judgment of God upon this land. Because Christians have rejected truth, “And for this cause God shall send them strong delusion, that they should believe a lie: That they all might be damned who believed not the truth, but had pleasure in unrighteousness”

No one knows how this thing is all going to play out. But of this one thing I am sure, there are a lot of people believing a lie.

But evil men and seducers shall wax worse and worse, deceiving, and being deceived. But continue thou in the things which thou hast learned and hast been assured of, knowing of whom thou hast learned them; And that from a child thou hast known the holy scriptures, which are able to make thee wise unto salvation through faith which is in Christ Jesus.”

Satan is the author of confusion and he uses men to do his bidding. We are in rebellion against God’. “For rebellion is as the sin of witchcraft, and stubbornness is as iniquity and idolatry. Because thou hast rejected the word of the LORD, he hath also rejected thee from being king.

We are confused because we have rejected His truth. Many of the deceivers are the ear-ticklers in the pulpits, blind guides orchestrating the march of death.

The prophets prophesy falsely, and the priests bear rule by their means; and my people love to have it so: and what will ye do in the end thereof?

All is not well. These are dangerous times. Be careful who and what you believe. 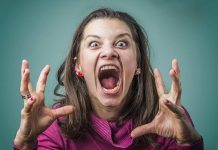 PZ Insider Report – The Demonic Realm IS REAL & How…

Ignorance in the Church