Well we have about 9 more like 8 before the election on November 8th.

As many of you know, I spend some time on Facebook checking out what is going on and also what others are saying.

I am going to let you in on a little secret, I have an alternate user account that I have been honing for a couple of years.

The great thing is that this “pseudo Ray” gets in some of those groups that most Christians / conservatives are not allowed in just because they are who they are.

It is a great way to peek in on what the other side is doing, saying and thinking.

Let me tell you this… they are not thinking nice things about us at all.

In fact, when you get into some of these groups, you find that they are thinking very bad things about us.

Here is the bad part, many and I mean many of these people (ultra-liberal. Marxist, Democrats) have no problem in committing physical damage to personal property and to people themselves.

We have learned from Project Veritas that the Clinton campaign along with the Democrat party are in fact paying thugs $1500 plus an iPhone to go to Trump rallies and to stir up trouble and to also physically assault people.

But when you start hanging out is some of these uber-liberally dominated groups, you will find that there are A LOT of people out there that would gladly do what these paid thugs are doing for free.

AND… when Trump wins, these people plan on taking their carnage to the streets for free. These people totally believe in anarchy, mayhem and terrorist actions. Even though they do not see themselves as terrorists, that is what they are and what they are planning on doing. 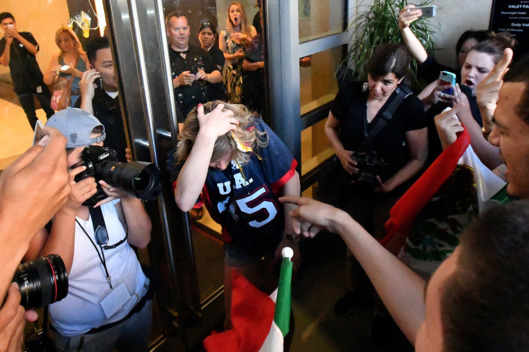 When Trump wins, expect to see literal flash mobs showing up out of no where to cause havoc and who’s goal is to destroy property and literally “beat the pulp” out of anyone looks like they might have voted for Trump.

The firebombing of the Republican head quarters in North Carolina is just a small example.

People are already being accosted at Trump rallies and it is getting ugly. These thugs are becoming embolden and they have got the taste of blood in their mouths.

And what is worse, they are liking that taste and they want more.

Now, no matter what people say out there on the internet, there is absolutely no way that Obama can delay the elections, nor can he call for martial law on a national scale. These are theories being put out there, they sound possible, but like it or not it is not a reality.

The only thing that Obama can do at this moment is stir the uber-liberal racial pot and look the other way as the masses go crazy.

It does not matter what executive order he has signed either; he is a complete lame duck president who has no power backing him up. Police, Military, et al do not back him at all and if there are some that do, I strongly doubt that they will take it all the way and basically start a civil war. 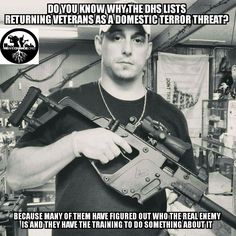 What people need to realize today is that Trump has woken up a sleeping giant and the silent majority are not remaining silent any longer.

I have also been seeing more veteran’s memes on Facebook coming out saying that if they are ready if they need to fight against tyranny.

Our nation is a powder keg waiting to blow.

On one side we have Crooked Hillary who will do just about anything to gain power of the oval office. We clearly see that in all the corruption that she is involved in and the steps she has taken to try to ensure said power.

What the powers that be who have been backing Hillary are coming to realize is that odds are very good that she will NOT make it to the White House.

So they need to look at “Plan B” and that is social upheaval, riots and doing anything and everything that they can while this lame duck president is in office and is more than willing to support said mayhem.

What Should People Do?

First and foremost, I STRONGLY recommend that you go the grocery store and stock up on food, water and other needed supplies. 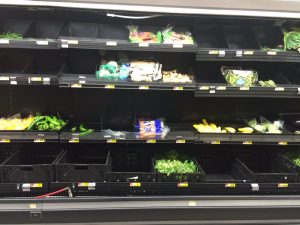 Already I am getting reports from PZ readers that they are seeing shelves at Walmart being picked over and little left of the shelves to purchase.

Those who are reading the writing on the wall have already taken some action and are getting some food supplies on hand.

This is why I say that it is important that you take action as well and stock up if you have not done so.

What I am recommending is at least 2 weeks of food stored up for this situation. BUT… if you can stock up at least 60 days of food, water and other needed supplies, then it would be wise to do so.

Why do I say 60 days worth? We are just over 60+ days from when the elections take place and when Trump gets sworn in and becomes the next president.

Yes, I know that I am being very presumptuous and yes there the low information No Trump people out there who are waving the doom and gloom “Anything But Trump” flag.

Ignore these people, ignore their message, they are fools.

What we can’t ignore are those who are out there that are just looking to cause trouble, destroy property and do physical harm to those they disagree with.

The more that you can avoid these sort of people, the better off you will be in these next 60 days.

So, action item #1 – Stock up on much needed supplies.

Action item #2 – carry multiple means to protect yourself in case you are caught in one of these aggressive situations. 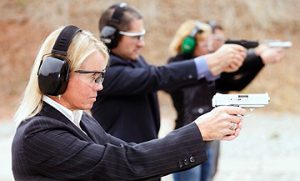 I do not want to come right out and say “carry a gun.” First, not everyone can carry and there are a lot of people who do not feel comfortable carrying.

If you do not train, and I mean really train with your gun, having one is pretty much useless and will get you in more trouble than it is worth.

BUT… if you do train, stay up on your training and know how to react in a stressful situation like we are talking about, then by all means, carry your firearm.

What people need to be prepared for is a flash mob. This the “chatter” that I am hearing about in my investigations. These will be coordinated in and out mobs that will show up quickly, conduct their mayhem and then get out fast.

How do you combat that?

You need to be prepared and in this sort of situation what I am recommending is police grade pepper foam. SABRE Red Pepper Foam is an excellent solution. It is inexpensive enough where you can purchase 2-3 cans.

Why 2-3 cans of this stuff? You might have to spray a small mob of people if you are caught in this situation. Having 2-3 cans on hand is what you might need to defend and push back these degenerates. 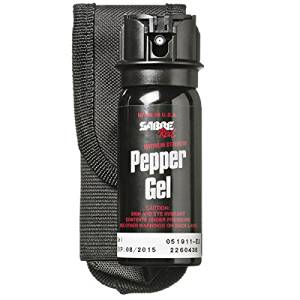 NOW… why foam? If you are outdoors and there is a slight breeze, you will not have the liquid pepper spray blow back in your direction. Second, the foam is sticky and when it makes contact it instantly melts. This has about an 8 – 10 foot range and can spray multiple targets with this foam.

Another solution and something that will give you more distance between you and the thugs is SABRE Pepper Gel. Like the foam, the gel sprays and does not blow back if there is a breeze going. Also, because it is a gel, it will shoot further than the foam and has a range of 18 feet. Another plus with this is that SABRE includes a belt holster that you can wear and always be prepared.

Both of these defense products sell at a reasonable price where you are able to purchase several and have some on hand, in the car, at the office, and on your person at all times.

The key in this situation is try not to allow these thugs near you so that they will not cause your physical harm and that you are able to escape the scene quickly.

Another positive aspect is that if you are caught in this situation and you use your pepper foam or gel, the people you hit will not be going anywhere fast. That means that the odds are good that they can then be apprehended by others who are willing to lend a helping hand and / or the police once they show up to the scene.

What we need to remember is that we have a lame duck president who sides with these thugs and will probably work really hard to leave as much of a mess so that Trump has a lot on his plate when takes on the office.

Thing is, I think Donald Trump is ready for this sort of thing, he knows his history and the Clinton’s did the same thing to Bush when he took office.

Trump will be ready and take matters into his hands and solve the problems. I have faith in him to do that. Having some thugs and messes to clean up is just part and parcel of the crooked election he has had to put up with.

Please keep this next 60+ days in prayer.

Ask God to keep a hand of protection on Donald Trump and Mike Pence as well as their families.

Pray for our nation that we do not see this sort of criminal actions take place and pray that we have a peaceful transition with Donald Trump takes office.

Millions of Christians are praying and I am so glad that we are finally doing that.

I believe that God is giving us a second chance to work to pull our nation out of the garbage heap it has been in, and a chance to make America great again.

IF YOU LIKED THIS ARTICLE, CONSIDER THE FOLLOWING ARTICLE AS WELL…

I was talking to my sister just the other day who lives in Texas, and she is telling me that situations there on the border of Texas and Mexico have become like a war zone. She also told me that illegals are becoming more embolden and “flash protests” are popping up in some of the larger cities like San Antonio, Austin and other areas.

The tension is getting  very high.

in the past several weeks I have had a number of people asking me ” THINGS ARE GETTING REALLY WEIRD OUT THERE – WHAT DO I DO IF I AM CAUGHT AWAY FROM HOME?”

See, everyone is worried about a “bug out bag” but in reality for most people they are worried about “getting home” vs “bugging out”.

Say you work at a business that could be targeted for anti-Trump protests and you can’t get to your car, you don’t want to get to your car because you have to face these radical anti-Trump, anti-US haters. 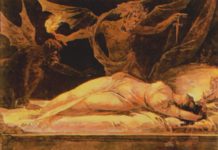 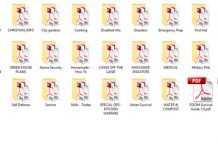 Congress Legalizing Propaganda Against US Citizens 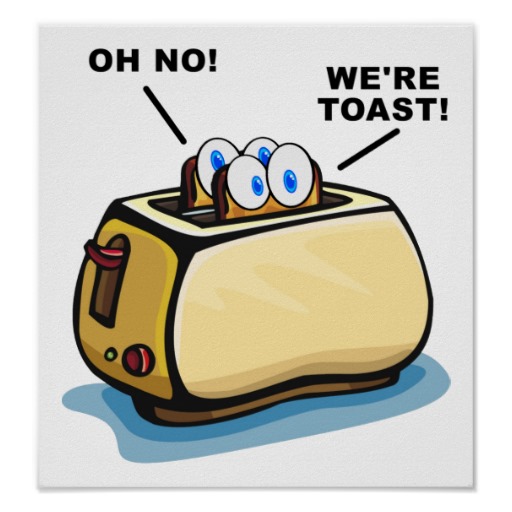 US Sells Out Israel – Iran Keeps Nukes – US is…