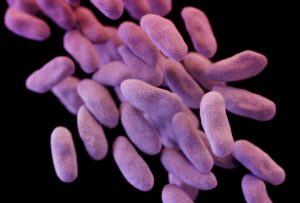 For the first time, researchers have found a person in the United States carrying bacteria resistant to antibiotics of last resort, an alarming development that the top U.S. public health official says could mean “the end of the road” for antibiotics.

The antibiotic-resistant strain was found last month in the urine of a 49-year-old Pennsylvania woman. Defense Department researchers determined that she carried a strain of E. coli resistant to the antibiotic colistin, according to a study published Thursday in Antimicrobial Agents and Chemotherapy, a publication of the American Society for Microbiology. The authors wrote that the discovery “heralds the emergence of a truly pan-drug resistant bacteria.”

Colistin is the antibiotic of last resort for particularly dangerous types of superbugs, including a family of bacteria known as CRE, which health officials have dubbed “nightmare bacteria.” In some instances, these superbugs kill up to 50 percent of patients who become infected. The Centers for Disease Control and Prevention has called CRE among the country’s most urgent public health threats.

It’s the first time this colistin-resistant strain has been found in a person in the United States. In November, public health officials worldwide reacted with alarm when Chinese and British researchers reported finding the colistin-resistant strain in pigs, raw pork meat and in a small number of people in China. The deadly strain was later discovered in Europe and elsewhere.

“It basically shows us that the end of the road isn’t very far away for antibiotics — that we may be in a situation where we have patients in our intensive-care units, or patients getting urinary tract infections for which we do not have antibiotics,” CDC Director Tom Frieden said in an interview Thursday.

“I’ve been there for TB patients. I’ve cared for patients for whom there are no drugs left. It is a feeling of such horror and helplessness,” Frieden added. “This is not where we need to be.”

The Internet of Things (IoT) has the potential to solve our biggest global challenges and bring people everywhere a better quality of life.

CDC officials are working with Pennsylvania health authorities to interview the patient and family to identify how she may have contracted the bacteria, including reviewing recent hospitalizations and other health-care exposures. CDC hopes to screen the patient and her contacts to see if others might be carrying the organism. Local and state health departments also will be collecting cultures as part of the investigation.

Thursday’s study did not disclose further details about the Pennsylvania woman or the outcome of her case. The authors could not be reached for comment. A spokesman at the Pennsylvania Department of Health was not immediately available to comment on the case.

Sen. Robert P. Casey Jr. (D-Pa.) said he is concerned about the reports. In a statement, Casey said he supported legislation for and participated in hearings about antibiotic-resistant bacteria, which he said “present an urgent public health problem that we must focus on intensively.”

He said he planned to get a full briefing on the case in the coming days.

Scientists and public health officials have long warned that if the resistant bacteria continue to spread, treatment options could be seriously limited. Routine operations could become deadly. Minor infections could become life-threatening crises. Pneumonia could be more and more difficult to treat.

Already, doctors had been forced to rely on colistin as a last-line defense against antibiotic-resistant bacteria. The drug is hardly ideal. It is more than half a century old and can seriously damage a patient’s kidneys. And yet, because doctors have run out of weapons to fight a growing number of infections that evade more modern antibiotics, it has become a critical tool in fighting off some of the most tenacious infections.

Bacteria develop antibiotic resistance in two ways. Many acquire mutations in their own genomes that allow them to withstand antibiotics, although that ability can’t be shared with pathogens outside their own family.

Other bacteria rely on a shortcut: They get infected with something called a plasmid, a small piece of DNA, carrying a gene for antibiotic resistance. That makes resistance genes more dangerous because plasmids can make copies of themselves and transfer the genes they carry to other bugs within the same family as well as jump to other families of bacteria, which can then “catch” the resistance directly without having to develop it through evolution.

The colistin-resistant E. coli found in the Pennsylvania woman has this type of resistance gene.

Public health officials say they have expecting this resistance gene to turn up in the United States.

“This is definitely alarming,” said David Hyun, a senior officer leading an antibiotic-resistance project at the Pew Charitable Trust. “The fact that we found it in the United States confirms our suspicions and adds urgency to actions we need to work on antibiotic stewardship and surveillance for this type of resistance.”

Late last year, as part of a broader budget deal, Congress agreed to give hundreds of millions of dollars to the federal agencies engaged in the battle against antibiotic-resistant bacteria.

The largest chunk of that money, more than $150 million, was slated to go to the CDC as part of an effort to build and strengthen capacity at state and local health departments to prevent and monitor superbug outbreaks.

Other funding went to the National Institutes of Health for research on combating antimicrobial resistance, as well as to an agency known as BARDA, which works on national preparedness for chemical and biological threats, including developing new therapies. 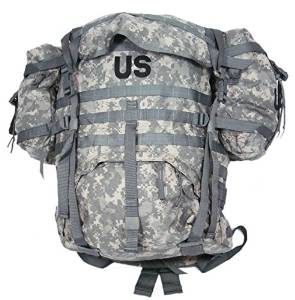 We have seen all the survival movies and read some of the really good prepper books. All of these you will see the hero or heroine have a “bug out bag” AKA BOB.

Whenever the good guy faced some sort of apocalyptic situation they dug in the BOB and pulled out that needed survival item that saved the day for them and their group. Another situation happens, say they run up against the undead and the hero again pulls out some great weapon and takes out 20 zombies.

Should You Buy Gold or Silver in Preparation for the Coming…