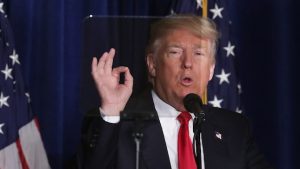 Donald Trump warned against “the false song of globalism” in a major foreign policy address on Wednesday, in an escalation of his rhetoric rejecting the current framework of international coalitions.

“We will no longer surrender this country or its people to the false song of globalism,” Trump promised during a speech in Washington. “I am skeptical of international unions that tie us up and bring America down,” he claimed.

“And under my administration we will never enter America into any agreement that reduces our ability to control our own affairs.”

“The nation-state remains the true foundation of happiness and harmony.”

Trump’s comments are among the most vivid depiction yet of his profound doubt in the framework of global institutions that have dominated the globe since the end of World War II.

Critics deride his rejection of that system as isolationist, and warn that it would undermine the U.S.’s ability to shape events around the world.

But Trump has maintained that the current framework has left the U.S. lagging, and forced Americans to rush to other countries’ aid.

In his Wednesday address, which was widely interpreted as a moment for Trump to pivot from the primary campaign and attract support around the Republican Party, the GOP front-runner specifically mentioned NATO, the North American Free Trade Agreement (NAFTA) and the U.S.’s alliances in the Asia-Pacific as worthy of reevaluation.

NAFTA, Trump said, “has been a total disaster for the United States and has emptied our states of our manufacturing and our jobs.”

If elected president, Trump promised to convene allies from NATO and Asia for summits that discuss “a rebalancing of financial commitments” and also “adopt new strategies for tackling our common challenges,” such as terrorism and migration.

In general, Trump contended, the current international architecture forces the U.S. to over-extend itself financial and militarily around the world, without adequate compensation from global partners. In the end, he said, Americans have little to show for it.

“Our allies are not paying their fair share,” he said. “They look at the United States as weak and forgiving and feel no obligation to honor their agreements with us.”

“A Trump administration will lead a free world that is properly armed and funded and funded beautifully,” he added.

The Coming Luciferian War – The Foundation 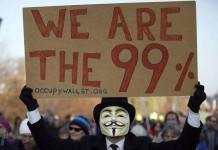 The world can’t afford another financial crash – it could destroy… 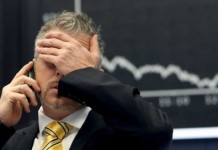