Here we go again the question is will a full blown Middle East war happen this time, my guess is it sure looks like it. But there just might be a big surprise in store as to what Assad’s real targets are. The news papers here in Israel are all saying that the 700 chemical armed missiles in Assad’s arsenal are aimed at Turkey and Jordan who have both become his enemies.

The news coming out of the US is that Assad will use them on his own people and the US is using that a pretext to intervene with military force. But Assad has stated over and over he will not use them on his own people. I know Assad like most Muslin Arab Leaders is a liar but on this one I believe him. That does not rule out a false flag of chemical weapons being used on the Syrian people, I think most of know that is the way the US has been doing business for some time now.

With Assad saying he will not use the chemical weapons on his people, and if that is the truth (who knows) then how in their right mind thinks he will chose to use them on Jordan or Turkey before sending them to Israel. He knows it is a suicide act on his part that his future is set in cement for execution once he uses chemical weapons, if it isn’t already, there will simply be no place for him to hide after he does such a thing.

But if he sends them to Israel one thing will happen, the Arab Muslim World will consider him a great leader if he kills a lot of Jews on his way out. With this kind of Islamic Muslim logic it is my guess that Israel is about to be attacked once again in the name of Allah, many will die if this happens Jews and “Palestinians” as well, but the so-called Palestinians will rejoice anyway for they love death more them we love life.

Maybe I should explain why I think it is about to happen. Here in the Eastern Mediterranean Sea we have been having a really bad storm over the past few days, so bad in fact I have had to put on hold some movement of boats (enough said) in short it is not a time even for aircraft carriers and battle ships to do any unnecessary movement unless it is an emergency.

But in this terrible weather with waves breaking over our sea walls here in Israel they came through the Sues Canal and are now sitting just out side the Syrian border with many thousands US marines and many jet war planes and without any doubt a nuclear sub or two.

But what really tells me that this is about to happen is the propaganda we are hearing from the Major News Media justifying in advance of the US strike. We all know that the first sight of any US strike in Syria the missiles will stat flying towards Israel. That will of course bring Israel into the action and in short all hell will break lose in the region. There is also an Obama factor that I will let you think of on your own.

When the smoke clears, Israel will still be here and still the only safe place for Jews in this world. It will be the beginning of what this Ministry is all about. I pray daily for God to supply the things needed to save many.

Pray for the peace of Jerusalem, for our son Joel and all the IDF soldiers. Pray for this Ministry and your part in it. 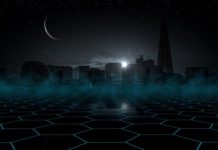 The Globalists Strike Back With A Major Push Toward A Cashless…

14 Reasons Why The U.S. Economy’s Bubble Of False Prosperity May…

Times Changing for the Worse!