This week Former Gold Medal Winner Bruce Jenner came out as a fake woman in his cover of Vanity Fair as “Caitlyn.”

OH and guess what?

ESPN is going to give him the Arthur Ashe Courage Award at the 2015 ESPY Awards for “transitioning” from what he was born as, a man, into a woman.

Isaiah 5:18 – 20 Woe unto them that draw iniquity with cords of vanity,

and sin as it were with a cart rope:

19 that say, Let him make speed, and hasten his work,

that we may see it:

and let the counsel of the Holy One of Israel draw nigh and come,

that we may know it! 20 Woe unto them that call evil good, and good evil;

that put darkness for light, and light for darkness;

that put bitter for sweet, and sweet for bitter!

In our post Christian society we now celebrate, parade and cheer for things that 50 years ago were totally shunned, and rightly so too.

Our world todays shakes it’s fist at God taunting Him and spit in His face.

They shout “ If you are truly God, come down and punish us so we may know it.”

Do we give the heroin addict an award for shooting up and being trapped in the addiction?

Do we applaud and award the serial rapist for raping 20 women in one night? 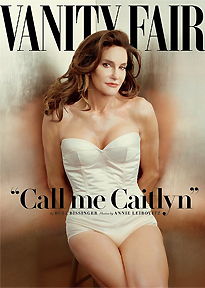 Then why do we applaud a man who is so mentally confused that he has had surgery performed upon himself; changing his appearance from that of a man, into a woman?

Our culture today is now more powerful than politics and Christianity surrendered the culture a long time ago.

We are past the point of no return and as many people do not want to believe it, she is lost.

For those of you who do not know this verse, here it is…

2 Chronicles 7:14 if my people, which are called by my name, shall humble themselves, and pray, and seek my face, and turn from their wicked ways; then will I hear from heaven, and will forgive their sin, and will heal their land.

There has been a scad of famous people like Anne Graham Lotz pushing to pray and people do. The problem is that they all get together, have a huge feel good pray fest, then all go back home and back to life as usual.

Nothing changes and that happy happy joy joy feeling that they experienced eventually fades.

Work, school, church, life in general becomes overly busy again and we just don’t have the time to really dedicate to praying anymore.

Thing is that what we are dealing with is insanity.

Jonathon Van Maren at LifeSiteNews hit the nail on the head:

If I were to tell my doctor I think I am Napoleon, I would get a speedy referral to the psychiatric unit. If I tell him I think I am a woman, despite the physical evidence of my body indicating I am male, I will get the right to impose my delusion on others, backed by the sanction of legal action if anybody doesn’t believe me. Did the definition of insanity just change? Seriously, the lunatics have taken over the asylum, and some warped-minded lawyers are cashing in on it. 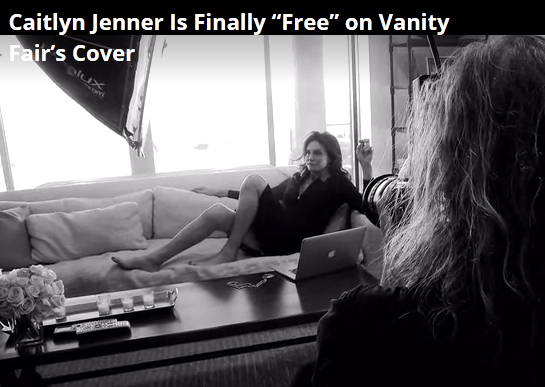 The world loves people like Jenner because he has stepped up to the plate and chosen to shake his fist at God.

Over the years it has been a proven fact that men and women are literally and physically different. Brain waves, chemistry, thought patterns, almost everything about the two sexes are almost polar opposites.

Do you know that men have the same brain wave pattern as that of lime green jello?

Like it or not, Bruce Jenner is living a lie.

Sure he can have the doctors insert saline filled bags into his chest so it looks like he has breasts.

Have facial reconstructive surgery so that his manly features are smoothed down so that he resembles a woman.

He can spend millions of dollars on reconstructive surgery replacing his penis with a vagina, but no matter what, he is still a man on the inside and there is no surgery in the world that will ever change that.

The moment he stops taking female hormone therapy, guess what? He starts changing back into what he is… a man.

Bruce Jenner is living a lie and the world is parading him around as something great and wonderful.

Bruce Jenner is cheating God and changing the rules. That is why the world loves him.

Thing is that God’s Natural Law always wins and you can cheat for only so long.

Believe it or not, I do not see Bruce Jenner as a reprobate, at least not at this moment. 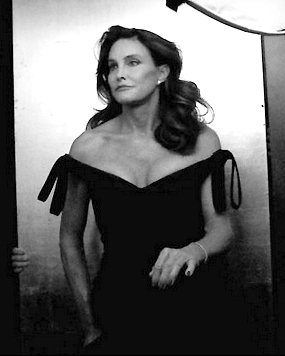 I believe he is grossly confused and mentally not all there. He has allowed the enemy to trap him and cause him to question who he is.

I say that because I pity the man. I really do.

Now understand that I am not tolerant of his actions, he is up there with the heroin user, and the rapist who cannot break free of their addictions. They are trapped in Satan’s snare and know no other reality except what they have been trapped in.

Same goes for Bruce Jenner. He has bought into Satan’s lie that he is really a she and he has the money to make it so.

So as Christians should we be tolerant, loving, and accepting of Bruce Jenner?

No, not at all and here is why…

1 Corinthians 5:1-5 It is reported commonly that there is fornication among you, and such fornication as is not so much as named among the Gentiles, that one should have his father’s wife.

2 And ye are puffed up, and have not rather mourned, that he that hath done this deed might be taken away from among you.

3 For I verily, as absent in body, but present in spirit, have judged already, as though I were present, concerning him that hath so done this deed,

5 to deliver such an one unto Satan for the destruction of the flesh, that the spirit may be saved in the day of the Lord Jesus.

What was going on in this instance was that a man was having sex with his mother. It is called Incest and it is against scripture.

The church congregation was all proud in the fact that they were tolerant and accepting of this person because he claimed to be a Christian.

They knew what was going on and instead of publically condemning it as it should have been, they reveled in celebrating the sin that these two were committing. This is probably the first instance of the “free grace” movement that is so cancerous in the church today.

Oh incest, I see that coming to a church near you too. Now that we have Gay Marriage, look for Incest marriage, bestiality marriage, pedophile marriage and necrophilia marriage.

So how should we as Christians be towards Bruce Jenner and others like him who claim to be a Christian?

We turn them over to Satan, shun them so that through their sick and lascivious lifestyle bemoans the spirit within them in hopes that they may be saved. That is if Bruce Jenner does not go from sinner to reprobate.

If he chooses to become a reprobate and openly shake his fist at God and spit in his face, there is nothing one can do. All the prayers in the world will not change him, he is lost to God and the Holy Spirit has given up on him.

So what do we do?

Publically we need to call Bruce Jenner what he is… a liar. He is not a woman, only a man surgically altered to look like a woman. Chemically and physically internal he is and always will be a man. There is no amount of science that can change that fact.

As far as I know he has not expressed the desire to have sexual relations with another man, so he is not homosexual; at least not yet. 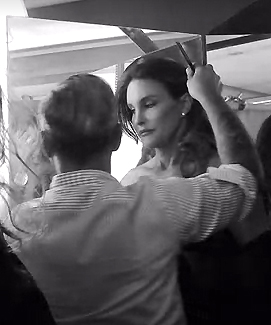 He is effeminate though, and that is something the bible speaks against.

1 Corinthians 6:9 Know ye not that the unrighteous shall not inherit the kingdom of God? Be not deceived: neither fornicators, nor idolaters, nor adulterers, nor effeminate, nor abusers of themselves with mankind,

The only thing that we should do is pray that Bruce Jenner listens to that still small voice of the Holy Spirit.

We are not to be accepting of him, fellowship with him, tolerate him or give him refuge. If Bruce Jenner is a Christian like he claimed, he needs to be shunned by the body of Christ allowing his sins to compound and push him into such a dark place that the only answer he will be able to cling to is that of a forgiving and loving heavenly father.

It will be at that time where he will choose if he will seek repentance and turn from his sins OR, he will shake his fist at God and deny the Holy Spirit, thus being lost and condemned forever.

When he finally comes to that place where he realizes that he is a sinner in need of repentance, then and only then can he work his way back from living the lie that he is currently living.

So I pity Bruce Jenner and upset at a world who holds up this man who has bought into the lies of the enemy.

I truly hope that he comes back to Christ; that is if he is truly a Christian as he claims.

If you happen to read this Bruce, here is a verse I would like to share with you.

Countdown To ‘Disaster’: 4 Months To Shemitah