Confusion is not a behavior that is listed in the Bible as a gift from God. Confusion seems to be a characteristic that overpowers men when being misled by powers that bring about strong delusion. If the Bible states that strong delusion will be a sign that is part of the confusion of the Last Days and the “very elect” will be deceived, perhaps we should not be surprised if we see confusion happening in churches and denominations that were once deemed biblically sound.

Some observers of Christianity have been troubled lately by what they see happening amongst the leaders of the Calvary Chapel movement. While many of the sheep follow their leaders as business is as usual, some say there are signs that biblical discernment is becoming a thing of the past. With regards to the influence of false teachings and the infiltration of ecumenical leanings, there are those who suggest that something must be done soon or it will soon be too late. Warnings by brothers and sisters who are very concerned certain men have “crept in” with their false doctrines are often met with statements revealing outright hostility or they are totally ignored. “How could we be wrong?,” they say. “We are God’s anointed.”

In order to dispel the watchmen and watchwomen who are warning, false rumors and lies are started or the watchperson’s character is attacked or discredited. This of course is what we would expect based upon the biblical examples we read about experienced by biblical prophets in the past when they were instructed by God to wake up the leaders of Israel and the Church.

One of the signs that any organization is on the ropes occurs when the leaders begin to flaunt their pride. Pride always comes before a fall according to the Bible.

Now, for a specific example with regard to Calvary Chapel confusion and how it is possible to observe the very things we are writing about. The link at the end of this commentary presents the facts with regard to what is happening with the Boykin-Calvary Connection. On one hand Boykin who speaks at numerous Calvary Chapel conferences claims that a One World Government is what is coming as if this is a bad thing. However, what Boykin does not tell his audience is that he is tightly connected with Nicholas Papanicolaou, a man who plays a major role in setting up the One World Religion and the coming One World government in conjunction with Rome.

The simple question is this: Mr. Boykin, how can you have it both ways? Either a One World Government is of God or it is not. Further, here is a question to the Calvary Chapel leaders who invite Boykin to speak in their pulpits – do you know what you are doing by allowing this kind of confusion?

These questions demand answers! Silence is not an accepted response. Now that the facts are clearly revealed, it is time to stand up and be counted. Many sheep are having the wool pulled over their eyes.

The Earth Is Reeling & Rocking By Joseph Chambers 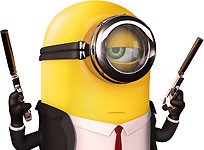