In our PZ Forums we have been having some great conversations going. I was reading the forum this morning and a post hit me.

The topic is “Wolves In Sheep’s Clothing” and the thread is talking about apostasy taking place in the world, the lack of living a holy life and truly submitting to God.

Someone posted a link to an excellent article from Lighthouse Trails titled ‘ Christian or Christ-follower?”

It is a great article and I have included it in this issue.

I mention this because in this article LT points to some videos posted by Christian Community Church out of Chicago.

You can watch the video series , which is a parody on the “I’m a Mac & I’m a PC” commercials.

Now I have seen these videos before several years ago when they were first released.

They sickened me due to their total lack of respect and showed absolutely no fear or reverence for God. 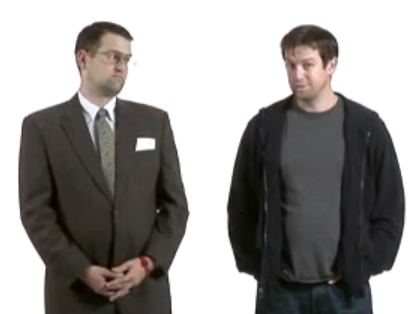 In the parody there is this “nerdy” looking Christian in a suit and another guy, the “Christ Follower” is in jeans, t-shirt and hoodie wearing a 5 o’clock shadow.

The enemy has done a great job of “softening” verbiage in scripture. This is the oldest ploy he uses. He pulled this first in the garden with Eve when he asked Eve “Hath God said?” Basically doubting the Word of God.

God’s Word is just that God’s Word. For almost 2000 years we have been called what Scripture, God’s Word calls us, that being Christian.

Just because the term means “Christ follower” does it mean we are to be called by that title. The world over uses one word and that is Christian. Why? Because that is what God calls us.

We read in Genesis about Cain who chose to worship God as he pleased even though God said that He will be worshiped in a particular manner. Able worshiped and sacrificed properly. Cain did not.

To call ourselves anything other than what God Himself calls us in His own Word is a form of rebellion and that is a fact.

God’s Word is just that… God’s Word; and either we submit to it or we don’t. There is no picking and choosing. If we play the pick and choose game, then that is rebellion and God will put up with rebellion for only so long before He starts chastising us. For He only chastises His own and not the children of the enemy. They will receive their judgment later.

Now, here is the scary part. If you are living in rebellion, sin, one foot in and one foot out and you have not felt God chastising you. You may need to do a check up from the neck up and really ask if you are one of His.

We are called CHRISTIANS for a reason, otherwise God would have specified another name. But see, He did not, Scripture, His Word records the word Christian. So Christians are who we are because God’s Word says so.

Listen, this “Christ Follower” stuff is not in line with scripture. It is rebellion no matter how one looks at it. Either you are one of His 100% or you are not.

He is My Lord and it is my reasonable service to give my all to Him and NOT conform to the ways of the world. There are rules that we are called to live by for a reason and that primary reason is to set us apart from the world. This is why we are called salt and light. Because we are separate from the world. But by blurring the lines, compromising, softening words, renaming things, even changing the meaning completely we are siding with the world and not with God’s Word.

If we love the world and are doing these things, we are not His, but enemies of God and liars.

1 John 2:4-5(KJV)  He that saith, I know him, and keepeth not his commandments, is a liar, and the truth is not in him. 5  But whoso keepeth his word, in him verily is the love of God perfected: hereby know we that we are in him.

James 4:4  (KJV) ye adulterers and adulteresses, know ye not that the friendship of the world is enmity with God? Whosoever therefore will be a friend of the world is the enemy of God.

So who do you serve?

We are living in an age where the rubber is meeting the road. Now more than ever we need to be following every jot and every tittle to the best of our ability, because it is our reasonable service. (Romans 12:1-2)

Can one lose their salvation? No they cannot; and anyone who says they can is a heretic. But I do question the millions who claim the title and yet do not produce the fruit( Matt7:19) of a Christian as one who gave their lives fully to the Lord.

This is why Christ Himself states very clearly that there are many on the broad way and few on the narrow path. Millions worship in the church of Cain and they are on the broad way. But those who worship and who have submitted to God’s Word, Christ calls these the “few there be that find it.” (Matt 7:14)

Are you a Christ Follower? If you are you need to do a check up from the neck up. Stop leaning upon your own understanding of God’s Word and just submit to the truth as it is presented in black and white.

It does not matter how I interpret or how you interpret. What matters is how God is going to interpret. And the fact is that deep down in our hearts we know the truth in that interpretation because God’s Law is written upon the hearts of ALL men.

So knowing that, what we need to do is ask ourselves if we are acting in rebellion or not, or if we truly are one of His and one of the “few there be that find it.”

Don’t agree? Then ask yourself “Who Do I Serve?” and then get real with yourself.

No more playing silly word games to suit your pet sins. The time is now to repent and come to Him in all His holiness.

As for me and my house, we serve The One True and Holy God…

Joshua 24:15  And if it seem evil unto you to serve the LORD, choose you this day whom ye will serve; whether the gods which your fathers served that were on the other side of the flood, or the gods of the Amorites, in whose land ye dwell: but as for me and my house, we will serve the LORD. 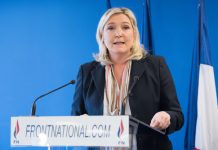 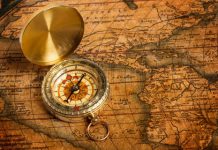 Getting Out Of Dodge – Choosing Your Location, Building a Realistic…

Always Keep A First Aid Kit / Blow Out Kit in…