Is Christianity on its way to becoming extinct? Are Christians everywhere now an ‘endangered species’? This question may have seemed bizarre just a decade or two ago.

Even today, in numerical terms, Christianity remains the largest faith in the world. Yet, the probability of a major decline in the numbers of Christians worldwide no longer seems so far-fetched, given the rate at which the persecution of Christians and anti-Christian sentiment worldwide is growing.

Christianity is now developing more regional than global dimensions due to the fact that Christians are being summarily evicted from geographical locations hostile to Christian belief and practice.

Pew Research Centre findings from April 2015 predict that nearly one in three people worldwide (2.9bn) will be Christian in 2015, but affirms the regional shift. It foresees that by 2050, the growth of Christians living in sub-Saharan Africa will have grown 14 percent, while Europe’s share is expected to decline by about 10 per cent.

The most notably affected regions by persecution currently are parts of the Middle East, particularly Syria and Iraq where Christians have been ferociously attacked.

Africa on the other hand is reported to have suffered a double blow – a high rate of decline in Christian belief and morality from other causes, in addition to terrorist attacks. The terror attacks have been carried out by militant Islamist groups primarily in Nigeria, Sudan, Kenya and Tanzania, and were largely designed to intimidate and destabilize Christians.

According to a new report from the U.K. Catholic group, Aid to the Church in Need (ACN), Christians are now the most persecuted faith group in the world. The report cites the International Society for Human Rights 2012 report, which estimates that 80 percent of all acts of religious discrimination were against Christians.

The number of countries where Christians have suffered ‘extreme’ persecution rose from six to 10 in the most recent report, which covers October 2013 through June 2015. All four new countries – Iraq, Nigeria, Sudan and Syria – are ones that saw an upsurge in extremist Islamism.

And with devastating results: Christianity in Iraq, for instance is said to be at risk of dying out in as little as five years, thanks primarily to ISIS. Since they invaded Iraq in 2014, tens of thousands of Christians were forced to flee. Only about 260,000 Christians remain, down from about 1.4 million during Saddam Hussein’s reign.

The report further highlighted that Christians also suffer when their faith is seen as a ‘colonial, corrupt and exploitative’ foreign import from the West, triggering suspicion from Muslim, Hindu, Buddhist and Jewish nationalists. Totalitarian regimes such as China are threatened by the growth of Christianity because much of it is practiced ‘underground’.

Nineteen of the 22 countries examined in the latest report from ACN were also featured in its 2013 report. Of those 19 countries, the situation for Christians was deemed to ‘worsen’ in 15.

No wonder British Prime Minister David Cameron felt prompted to react by stating: “Every day in countries across the world, Christians are systematically discriminated against, exploited and even driven from their homes because of their faith. Now is not the time for silence. We must stand together and fight for a world where no one is persecuted because of what they believe.”

The decline has not just been in the numbers, either. The standards of the faith have dropped drastically too. Surveys have shown that factors of decline included legal changes manifestly compromising the freedom of Christians, and hate speech, especially in the media.

Not to mention the fast-encroaching moral and spiritual decay with regards to fundamental Christian doctrine and practice globally, which is ‘the enemy within’ – the other major cause for the implosion of Christianity worldwide.

Perhaps a good example of this trend would be from ‘Christian America’, where it has been noted for at least several years now that the American church is in serious decline. It has been reported that churches are shrinking, skepticism is growing and apathy about spiritual matters seems to be at an all-time high.

This has been found to be especially true with regards to the youth, and generally across Evangelicals.

The end results of both the persecution and backsliding of the church worldwide are however effectively the same. The persecutions by expulsion leave little or no witness left for the sustainable spread and growth of the church.

The backsliding churches, on the other hand, cause more people to reject the true and uncompromised gospel of Jesus Christ. Just what Satan ordered: the overall decline in Christianity, with the hope of eventually eliminating it altogether.

But as Jesus said of His true church, “the gates of hell shall not prevail against it” (Matthew 16:18).

Plead My Cause Oh Lord 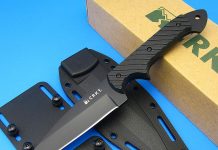 YES… Bring a Knife to a Gun Fight

IT IS TIME TO MAN UP