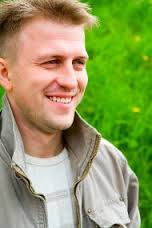 General Sir Richard Shirreff, who served as NATO’s Deputy Supreme Allied Commander in Europe between 2011 and 2014, has been warning about the increasing threat to world peace posed by Vladimir Putin.

According to Shirreff an attack by Russia on Estonia, Latvia or Lithuania is a realistic proposition, one that would inevitably lead to war, which he believes would almost certainly morph quickly into a nuclear confrontation.

His reasons for believing this are simply. Firstly, Russia’s previous behaviour towards Georgia, Crimea and the Ukraine have gone unanswered by the international community and have therefore set a dangerous precedent in the mind of Vladimir Putin. There is an almost complete absence of effective world level political leadership in 2016 and Putin is more than willing to fill that void.

“Leading from behind,” as President Obama liked to say, has failed. Putin at this point sees no effective political will or force in the world that would realistically oppose him now.

The second reason it would quickly turn nuclear is,

“The chilling fact is that…Russia hardwires nuclear thinking and capability to every aspect of their defence capability, this would be nuclear war.”

Any conventional war with Russia and another large state actor or actors, within Russian military thinking and planning, would inevitably and quickly escalate towards a nuclear confrontation. Standard Russian military doctrine would almost ensure it.

A Russian attack on one or all of these Baltic States remains a realistic possibility. As they are NATO members, such an attack would immediately trigger Article 5 of the founding NATO charter, obliging member nations to immediately come to their aid against Russia.

To counter this threat, and to try to deter Russia, NATO has been steadily building forces in the Baltic regions much to Vladimir Putin’s angst. Putin has sent clear warning signals to the West that he is deeply unhappy and ill at ease with the current NATO military build-up in the Baltic. Putin believes NATO are trying to encircle Russia, and in order to prevent this becoming a permanent reality it is feared that Russia may try to carve out for itself a land corridor into Crimea by invading these three Baltic States at some point in the near future.

In public, these invasions would likely be done for the very same reasons that Georgia and Ukraine were attacked; to protect Russian speaking citizens. The reality, though would be far from that.

Despite this NATO build-up, General Shirreff remains of the opinion that the “bar needs to raised significantly” to act as a deterrence to Russian expansionism. Shirreff’s concerns are mirrored by US Admiral James Stavridis, former Supreme Allied Commander, Europe. Admiral Stavridis writes,

“Under President Putin, Russia has charted a dangerous course that, if it is allowed to continue, may lead inexorably to a clash with NATO. And that will mean a war that could so easily go nuclear.”

NATO has every reason to question Vladimir Putin’s motives as blatant Russian aggression and provocation have not been confined to the Baltics of late. Both in Western Europe and in mainland America, Russia is proactively testing out NATO defenses.

On the same day, the British R.A.F, CAP (Combat Air Patrol) was scrambled to intercept two different Tu-95 Bombers off the coast of Cornwall, England. In the previous week the Royal Navy intercepted, along with the French Navy, a Russian Naval Frigate operating and sailing in the English Channel, a highly unusual move in a very narrow stretch of water separating France from England.

In the Arctic several Russian Borei-class ballistic missile submarines have drilled and conducted exercises beneath the North Pole. These boats are amongst the most sophisticated and advanced in the Russian Naval arsenal and are at the very forefront of providing a nuclear deterrence against Russia’s enemies.

These fourth generation submarines are fearsome weapons. They are designed as stand-alone war machines and can deliver up to 16 ICBM’s. Each ICBM has a speed and maneuverability rating of 10 (out of 10). What makes them deadly though is that these subs employ revolutionary Hull technology, not shared by America, which allows them to run super deep and super silent, enabling them to approach the shoreline of a target and deliver a strike without being detected.  They are an unassailable first strike weapon and they have been vigorously drilling for war.

Russia’s missile command have also recently completed testing its Strategic Nuclear Weapons Readiness. This test, in a highly unusual move, was unannounced and without precedent. Following this, Putin has signed off on new Soviet military doctrines that have firmly enshrined NATO as Russia’s main current existential rival.

NATO have not been idle in the face of these threats. NATO secretary Jens Stoltenberg recently detailed the organizations “measures against Russia,”

“We have already decided to enhance our forward presence in the eastern part of our alliance. Our military planners have put forward proposals of several battalions in different countries in the region. No decision has been taken on the numbers and locations.”

These measures by themselves will not concern Russian military planners. What will cause them concern, and even sleepless nights, is the deployment by NATO of the Aegis Ashore system in Romania last week – plus a further one in Poland planned for 2018.

The Aegis Ashore system means that US missiles are now just under 30 minutes flight time from Moscow itself, the heart of the Russian empire. It is a legitimate first strike weapon. NATO argues that the Aegis system ensures protection from ballistic missiles fired from Iran but the Russian military know full well that this is not a defensive solution to protect against Iran, but is a platform to act preemptively against Russia. Vladimir Putin is violently opposed to the introduction of this system, seeing it as a game changer.

It is an escalation.

In retaliation Russia have declared that they may well use their Iskander-M systems out of Transnistria to destroy the Aegis Ashore system in Romania preemptively. The Kremlin have also promised to introduce their new S-500’s and S-400’s into the Baltic and eastern European theatres. The S-400 is capable of destroying ICBMs, hypersonic cruise missiles and planes at over Mach 5 speeds; and capable of detecting and simultaneously attacking up to ten ballistic missile warheads at a range of 1300 km.

Unlike the US Patriot Missile systems, which have failed over and over again, the S-400 is battle tested and it actually works. The S-400 and S-500 variants would effectively eliminate all NATO airpower over the Baltic States and leads to one other, terrifying possibility.

At present Russia is perhaps three to four generations ahead of NATO in terms of hypersonic missile interception systems. The S-400 and S-500 are virtually impregnable. This means that for the first time in history Russia has the ability to launch a nuclear first strike against NATO, and be almost immune to retaliation.

This is why Vladimir Putin feels emboldened. This is the real reason why Putin feels his position is unchallengeable.

All this, of course, is largely unreported by Western media outlets and generally unknown by Western populations. The Western world has been sucked into a very deep apathy, one from which they will soon get a rude awakening.

The modern day notion that the cold war is over is just a fallacy; a new cold war has already begun. Even the Kremlin stated as recently as May 22nd that NATO – Russia relations are, “rolling back to the cold war.” These bellicose Russian statements are echoed by the current NATO leadership.

NATO and Russia fundamentally distrust each other and there is a period of enduring mutual hostility up ahead. It would seem that whilst NATO and Russia are hoping for the best publically, privately they are both preparing for the worst. The conflict between East and West is still very much alive and growing in intensity each day. Cold War 2.0 has already begun, and it may well touch all of us sooner rather than later.

The epicenter of that first clash, despite conventional thinking, might not be in Eastern Europe at all, but be where all the major militaries of the world have currently come together; Syria – a powder keg waiting to explode.

The bible speaks a lot about events in Syria in the last days.

The Middle East and the world stand on the brink of unbridled chaos. I am convinced that it is only the staying hand of God that prevents us from sliding over into the abyss. I have to wonder though how long it will be before that staying hand is finally removed?

Of disarmament & Government Hoarding of Bullets 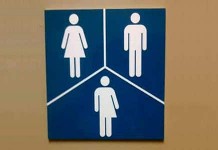