As the stage at Tahrir Square was set for the Friday Day of Victory to commemorate Egypt’s revolution, Wael Ghoneim – the mastermind youth behind the revolution – was  set to speak when suddenly his speech was hijacked by guards forcing him to leave, hiding his face with the Egyptian flag (See photos). Rumors have been spreading throughout the Middle East that regard Wael Ghoneim as “member of Masonic Lodge”, “imperialist” and an “American agent”.

So who were these thugs that hijacked the voices of the youth…twitter and facebook?

It was the guards of none other than terror supporter and international liaison of the Muslim Brotherhood—the exiled Sheikh Yousef Al-Qaradawi.

Yes, you heard it right.

The grand opportunist like a thief in the night and in broad daylight bullied his way to address a million Egyptians, urging them to “Protect the revolution and don’t you dare let anyone steal it from you.” Except for him, of course, promising that soon he “will pray on the Jerusalem Al-Aqsa (Temple Mount)” not as a pilgrimage since visiting it is a “shame” and “forbidden by Sharia” so long as Israel exists.

The savior-thief set a turning point in Egypt’s revolution paralleling the Iranian revolution when Khomeini came back from exile to rob Iran from the Shah switching one dictator with another much worse.

Amidst all this jubilance, the Egyptian authority gave the green light for two Iranian battle ships to enter the Suez Canal sending a message that Egypt is willing to emulate Turkey by accommodating Iran.

Translating Arab media, Dar Al-Hayat News of Saudi Arabia on Saturday under the title “Significant Presence of Islamists on Victory Friday,” goes on to explain, “Strikingly, what was an attention grabber was not only the large presence of Islamists on Victory Friday surrounding Dr. Yusuf al-Qaradawi, but also blocks of Brotherhood, Salafist and Jamat Islamia amid hundreds of thousands of Egyptians who had gathered.”

Egyptian MP in an article by the Wafd’s liberal party newspaper on Saturday the 19th, which represents one of the largest liberal parties in Egypt expressed his disdain: “This was not a revolution, but a curse from God.” He added, “I watch the local TV and as if I am watching Al-Jazeerah Television, asking where are the young that cried for freedom in this scene? This whole thing was nothing but an opportunity for the Muslim Brotherhood to weave itself into the fabric.”

Muhammad Fathi and Muhammad Sha’ban of the Al-Shabab News, expressing the voice of the youth in Egypt admitted that a takeover has occurred: “what it seems like is a struggle between the different factions of the revolution started early and it’s clear that a near takeover by the Muslim Brotherhood is complete… the one who led the million gathering Muhammad Al-Baltaji [Deputy secretary- general of the Muslim Brotherhood] who forced Wael Ghuneim as seen in the photo which we took last Friday.”

“A new reality is settling in Egypt,” the Elaf News said and “it’s not what enthusiasts and democracy seekers think. The Muslim Brotherhood learned how to utilize a large network of television stations, which are now contributing to the breakdown of Arab regimes while the Brotherhood robs the revolution’s youth and era of Facebook. And while all the forts fall in front of their modern advances.” One comment posted, “we only find out that dictatorship is a coin with two faces, that is, to come out of the darkness of tyranny and dictatorship to only enter the darkness of a religious state, where governance and legislation is done in the name of God!”

‘Sweet Cakes’ Persecution: Christians In American Are Being Attacked at an…

Bare Supermarket Shelves In Greece Should Be A Huge Wake Up… 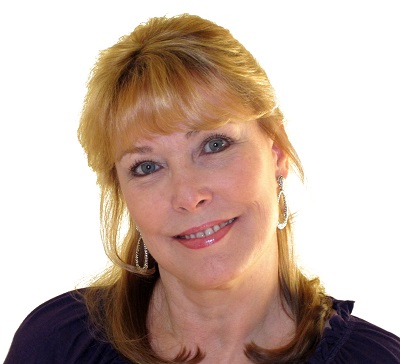 A Culture of Counterfeit Christians