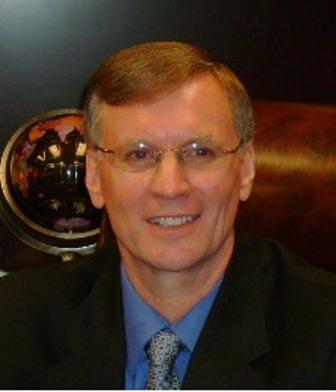 Then-Senator Lyndon Baines Johnson devised what has proven to be a brilliant strategy in which to silence and neuter America’s churches. His bill, which created the 501c3 tax-exempt corporation status for churches back in 1954, has, over the decades, effectively muted America’s pulpits. The vast majority of churches today are thoroughly and completely intimidated by the threat of losing their tax-exempt status under the 501c3 section of the Internal Revenue Code (IRC). As a result, the vast majority of pastors are unwilling to address virtually any issue from the pulpit that could be deemed as political.

Add to the fear of losing tax-exempt status the egregiously slavish interpretation of Romans 13-that Christians and churches must submit to civil government no matter what-and a very legitimate argument can be made that Mr. Johnson not only silenced and neutered America’s churches, but that he has, in effect, turned them into agents of the state. More and more, the federal government is using pastors and churches to promote its big-government agenda.

Most readers are familiar with how FEMA created a program called “Clergy Response Teams” several years ago. Under this program, tens of thousands of pastors were instructed on how to assist the federal government in the event of a “national emergency.” Pastors were encouraged to teach Bible lessons from Romans 13 in which church members were told that God instructs them to always submit to civil authority unconditionally. They were taught to encourage their congregants to turn in their firearms and to be willing to relocate to government-provided shelters if that is what the government told them to do. The last report I read noted that these Clergy Response Teams have been established in over 1,300 counties in the United States. For those readers who are even casually acquainted with history, is this straight out of the Nazi handbook, or what? Now we learn that churches are being used to help the federal government promote and sell Obamacare.

According to TheBlaze.com, “Community organizers are joining pastors across the country to educate and help parishioners sign up for Obamacare. The coordinated initiative, called ‘Health Care from the Pulpit,’ is being implemented by Enroll America, a non-profit with the goal of maximizing ‘the number of uninsured Americans who enroll in health coverage made available by the Affordable Care Act.’

“The program has already reached a number of churches across the nation. In Jacksonville, Fla, Pastor John Newman is among those who invited community organizers from the group to his church to talk about the cost of Obamacare and the enrollment process.

“During the event, Enroll America invited congregants to fill out cards with basic information about themselves or people they knew who might be in need of health care, WJXT-TV [Jacksonville, Florida] reports.

“‘Our pastor, he keeps us real informed and grounded in what’s going on in the community, and he’s always bringing stuff to help us, so I love him for that,’ said one parishioner named Michelle Fletcher.

“Enroll America knows that pastors are trusted members of the community, which is why churches are a focus for education and information on the health care law.

“Through ‘Health Care from the Pulpit,’ the organization is working with faith leaders to ensure that people hear about availability-and with a captive audience in the pews, the move makes logistical sense.

“From Oct. 25-27, the organization launched its pulpit program as part of the Get Covered America campaign. Enroll America pledged to help churches who wish to enroll congregants or provide people in the community with information and resources.

“A press release from Oct. 22 on the Get Covered America website further explains the purpose of the in-church events.

“‘The “Treat Yourself to Coverage Weekend” will also engage dozens of faith groups for the first nationwide push of “Health Care in the Pulpit,” Get Covered America’s faith engagement program,’ it reads. “Working with a diverse group of faith and lay leaders, Get Covered America will host over 50 events across the country to further engage the faith community in education about enrollment in the marketplace.”

“Other initiatives are bringing churches into the Obamacare fold as well. Dr. Michael Minor, pastor of Oak Hill Missionary Baptist Church in Hernando, Miss., was recently given a federal grant to help enroll individuals in the health care program.

“Through the $317,742 fund, Minor will work with Cover Mississippi, a cohort of advocacy groups organized by the Mississippi Health Advocacy Program. He has already put together a group of 75 to 100 ‘navigators’ (trainers) around the state to provide information and access to Obamacare. While his efforts are unaffiliated with Enroll America, they serve as another example of a church getting involved in the health care roll-out.”

‘Health Care From the Pulpit’: Here’s How Some Churches Are Spreading the Word About Obamacare

Think about it: before a bill becomes law, pastors are forbidden to address it from the pulpit, because it would be “interfering in politics-a violation of the separation of church and state;” but after a bill becomes law it is now the obligation and duty of pastors to support (and promote) it, because it is now the Biblical thing to do, per Romans 13. Was Johnson a diabolical genius, or what?

By the way, I strongly urge readers to purchase the book on Romans 13 that was co-authored by me and my constitutional attorney son, entitled, “Romans 13: The True Meaning of Submission.” This book shatters the misinterpretation of Romans 13: that Christians are commanded by God to submit to the state no matter what. The Apostle Paul was not introducing a new topic in Romans 13-not at all. The subject is covered throughout the scriptures. This book needs to be read by every pastor and Christian in the country. Order Romans 13: The True Meaning of Submission here:

Romans 13: The True Meaning of Submission

Or order my 4-message video series on “The True Meaning of Romans 13” (on one DVD) at:

I remind readers that during the Hitler years, the vast majority of German pastors and churches enthusiastically embraced the Nazi agenda even to the point of flying Nazi flags and giving the Nazi salute during the worship services in Germany’s churches. But who among us remembers the names of any of these pathetic pastors? Yet, we do remember (as does history itself) the names of plucky pastors such as Dietrich Bonhoeffer and Martin Niemoller who led the spiritual opposition to Hitler’s encroachment into the church.

1. To renew their allegiance to the Scriptures.2. To resist those who attack the Scriptures.3. To give material and financial aid to those who suffered through repressive laws or violence.4. To repudiate the Nazi cause.

Bonhoeffer’s Pastors’ Emergency League soon became a nationwide movement called, the “Confessing Church.” In his masterful book, “Hitler’s Cross,” Erwin Lutzer summarizes the creed of the Confessing Church as being, “No human sovereign should rule over the church; it must be under the Word of God to fulfill its role.” (Page134)

Lutzer also noted that the Confessing Church soon realized that “blind obedience, even in matters that belong to the state, might be a violation of the Christian mandate.” (Ibid)

Lutzer further wrote, “Many of our Christian heroes were lawbreakers. Whether it was John Bunyan, who sat in a Bedford jail for his preaching, Richard Wurmbrand, who was beaten for teaching the Bible in Communist Romania, Christians have always insisted that there is a law higher than that of the state.” (Ibid)

And, again, to quote Lutzer: “[I]f we say that we will always obey the state, the state becomes our God.” (Ibid)

The brave Bonhoeffer rightly said, “Silence in the face of evil is itself evil: God will not hold us guiltless. Not to speak is to speak. Not to act is to act.” He also said, “We are not to simply bandage the wounds of victims beneath the wheels of injustice, we are to drive a spoke into the wheel.”

The names of the cowardly and compliant pastors who succumbed to Hitler’s ignominious intimidation are forever lost, while the names of Dietrich Bonhoeffer and Martin Niemoller will live forever.

In fact, are not the vast majority of highly revered Hebrew and Christian heroes the ones who RESISTED the power of the state when it became tyrannical? From Abram who resisted the “kings of the nations;” to Gideon; to Samson; to Queen Esther; to the prophet Micaiah; to Daniel; to Shadrach Meshach, and Abednego; to Simon Peter, who told civil leaders, “We ought to obey God rather than men;” to William Tyndale; to John Hus; to John Wycliffe; to John Bunyan; to Savonarola; to Martin Luther; to Dietrich Bonhoeffer; and to Jonas Clark, the names history regards most fondly are the names of men who RESISTED the power of the state when it attempted to interfere with man’s duty and devotion to God.

However, what do we see today? We see pastors and churches once again becoming the pawns of evil men in government. Pastors are not so much messengers of God and watchmen on the wall as much as they are agents of the state. They are not so much shepherds who fight and give their lives for the sheep as much as they are facilitators of the wolves who seek to prey on the sheep. And in modern history, the seed of this compromise and complacency began in 1954 when Lyndon Johnson introduced the devilish 501c3 tax-exempt corporation status for churches.

I am absolutely convinced-now more than ever-that America will never experience any sort of spiritual awakening until pastors and Christians abandon the 501c3 government churches and repudiate the devilish doctrine of unlimited obedience to Caesar. Until we return the Church to its rightful owner, Jesus Christ, the tentacles of oppression and tyranny will continue to strangle our land and our liberties.

This column is archived here.

Glenn Beck, the radio and television personality, wants everybody to call…

There are Jews in Israel preparing for service in the rebuilt…