During the age of the Mongol Empire, the Mongol armies spread across Eastern Europe and Russia raping, pillaging and basically leaving whatever was left as a waste land. These invaders were come to be known as “The Golden Horde.”

Fast forward today and we remember the LA Riots, New Orleans looting, I even experienced it myself during the 1989 San Francisco earthquake. During all the confusion and the aftermath instantly after the quake, masses started stealing from the shops who’s windows were broken and all within an arm’s reach. It got so bad that in some areas a “shoot to kill” order was issued. The earthquake struck at approximately 5:00PM, that night turned into hell on earth in some parts of the San Francisco bay area.

The horde was released.

In the prepper community we see ” the Golden Horde” as a loosely organized mass of urban refugees streaming out of the cities in search of food and shelter after a natural disaster or social / financial collapse. Like locus, this mindless mass could possibly overwhelm local defenses, “raping and pillaging” the country suburban area and stripping it of many of its resources while destroying everything in its path.

Now this sounds bad and is a situation that would most likely take place in the movies, but in real life a situation like this does not happen… in most cases.

But to be honest I am not worried about a mindless mass of people. These people are hungry and pretty much are acting on instinct. They are not going to be very well organized, and lack really any true leadership. Some may be armed, but not willing to really “take a bullet” when it comes down to the rubber meeting the road.

It is the group’s “mass” that gives the “horde” its power.

Aggressively confront then divide the mass and it will quickly give up and move on to another “easier” target.

But who I am worried about are the bugged out Rambo wanna-be’s traveling in their RVs who’s idea of preparedness is cases of ammo, Spam & Budweiser.

The Brass Hordes are small groups of people, probably all deer hunting buddies who go out and play paint ball on the weekends and call it survival training. Now, nothing against deer hunting and paintball, I am a hunter as well; can’t say I have played paintball though. Now airsoft wars are fun, but I am digressing here.

What these folks have neglected for maintaining good health and welfare, they have made up by being obnoxiously well armed. Thing is when the Spam and Budweiser runs out, they will turn to what they love most their guns and ammo.

These are the groups I worry about.

Here is a very interesting story, one that is real world. The author who goes by the handle “BigBear” painted a very realistic picture.

After reading this, I want to ask you, how would you REALLY handle this situation?

I would like for you to hear your “end to the story” comments, so please post them below.

WARNING THE FOLLOWING CONTENT IS NOT FOR THE FAINT OF HEART

The Brass Horde at least tried to prepare. They had a plan to leave the city, some supplies and a large stockpile of weapons. Their intent was to relocate to a remote site as a group and hunt for food. The small group is made up of family and close friends occupying the trailers used to escape the city. Unfortunately their resources are limited and unwisely thought out.

At first they have good luck taking a deer and several rabbits for a stew, all looks good. But after a week or so their water rations are getting low and their expensive filter systems are useless on the frozen lake. They are able to melt some water over the fire pit and on propane stoves but this consumes critical resources. Most of their daily man hours are spent collecting and transporting ice blocks to melt for water. The meat is running low, they are exhausted.

The Horde elders decide that a couple of the women should visit a nearby cabin and ask to fill their water jugs. The established local, not wanting to seem rude, invites the ladies into the warm cabin…the aroma of fresh baked bread fills the air. Warm cinnamon rolls and hot coffee are served over light conversation next to the wood stove. The ladies fill their water jugs from the solar powered well, thanked the local and reluctantly venture back out into the cold, it was the first time they had truly been warm since leaving the city.

That evening the women huddled around the fire telling the others of their days experience. A strong north wind brought frigid temperatures and a heavy snow started around sundown…the Horde retired to their campers to weather the night.

Then the propane runs out!

The temperatures quickly plunge after the heater went out in the far north trailer of the circled compound. The father whose survival skills were honed by many hours watching the discovery channel, decided to start a small wood fire in the oven to keep him and his wife warm. The ensuing inferno consumed two of their trailers and damaged the other six as over 10,000 rounds of ammo cooked off in the conflagration.

In the blinding snow the elders huddled for warmth around the smoldering ruins of their grand scheme…they knew what had to be done. After arming themselves and securing the women folk in the remaining heated camper, the horde took off for the neighbors cabin. The howling winds of the blizzard masked their plunder as they made off with six twenty pound bottles of propane, a chainsaw and five gallons of gas. The blowing snow filled their tracks as they retreated back to the compound confident in their escape.

Unbeknown to the Brass Horde the local had witnessed the entire thing from the warmth of the bedroom after being alerted by his growling dogs. Shouldering his gun he realized that confrontation was dangerous against eight heavily armed men and there was a good change he would die if shooting started. The local also realized that this was the first of many visits by the armed bandits who, made confident by their guns, would steal what they failed to store through proper preparation.

“Good morning, I have fresh cookies and hot coffee” shouted the local from his truck as he pulled into the Horde’s compound. “You all look like you could use a treat on this cold morning” he continued. The men leerily looked at each other assuming that the local man had not yet discovered the robbery and was just being a good neighbor. The local waved and yelled “God Bless You” as he drove away. Over their snacks and wicked strong coffee the Horde laughed at how easy a target this cookie baking fairy would be…

Looking through the rifle scope from his vantage point in on the hill he saw no movement…the last one fell several hours ago.

Later that evening the local man returned to the compound, collected the bodies and placed them neatly in the largest trailer. Gathering the stolen items plus the Hordes guns and abundant ammunition for barter he proceeded to pour gas in each of the remaining campers then burned everything to the ground. Cyanide in the coffee and cookies.

A heavy snow that night covered over the remains and the evident “mass suicide” was not discovered until later that springs. It was chalked up to collapse related hysteria…no further investigation.

How would you have handled the group and the situation?

Remember there are no police that are going to come to the rescue.

What would you have done differently?

Now this one struck me hard. Why? Because I am a God fearing Christian who has submitted his life to the Lord.

Several verses in the Bible that come to my mind is…

1 Timothy 5:8(KJV) But if any provide not for his own, and specially for those of his own house, he hath denied the faith, and is worse than an infidel.

Exodus 22:2 (KJV) If a thief be found breaking up, and be smitten that he die, there shall no blood be shed for him.

What Do I Believe?

In the simplest terms, a believer is absolutely justified in the use of deadly force if faced with a grave threat to him or his own family or members of his own church (his extended family). Not to do so is a violation of both Jewish and Christian’s reverence for life.

Deadly force does not mean that the results necessarily ends in death. It may be simply the presentation of the weapon that provides the necessary deterrent against violence on the part of the offender.

Christianity is not pacifism. There are pacifists who are Christians, but a clear reading of Scripture doesn’t imply pacifism at all. We seek peace and pursue it; we earnestly prefer to avoid violence, but we don’t stick our heads in the sand. We live in a world where violence is commonplace; it’s been that way since the fall.

Violent people have absolutely no restraint on their behavior; a believer needs to be at least as aggressive in defending himself and others. Whatever it takes. If you have to shoot someone and drop them to the ground, that’s most unfortunate, but you didn’t ask to be attacked.

Please go to the “COMMENTS” section and tell me what you thought and how you would handle it.

Finally, do you have a pit in your stomach like I did after I read that?

Can You Stand In The Gap?

The 1st is a few days away and we do not have it.

You love our work, and we are making a huge impact.

If you can help with any of this, please use the link below

Fill In The Holes For Just One Year

We have a $600+ shortfall every month. I HATE coming to the readers every month asking to help.

We are working like mad to fill these holes, but it is slow going. Tracye and I are developing a “tent building” business, but we need help with some breathing room.

All we are asking is for one year….

Will You Stand With Us For Just One Year?

We know that we will do well, we just need one year of breathing room to accomplish this.

You love what we are doing. We get emails from many of you every week.

Stand in the gap with us for one year…

Agenda 2030 & UN’s Call For A One World Government 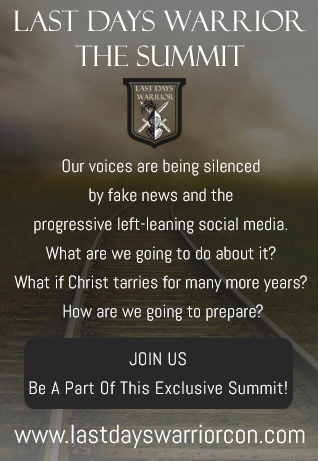 CLICK HERE IF YOU DO NOT WANT TO USE PAYPAL 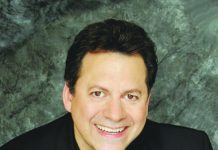 The King Cyrus Crisis: If we blow this…disaster will strike