This is a special Vetrans Day article – I wrote this back in 2005 when I was still working for DHS at the airports. I remember this event clear as day and everytime I do, I get teary eyed thinking of this young troop who paid the price.

Ever have one of those days when you really do not know what to say because you are deep in thought?

Today is one of those days.

I was at the airport a few days ago and I was observing a young soldier going through the screening process. He was in his battle dress uniform, pressed and starched, standing there as the security officer waved the metal detector over and around him.

You could see a humble but proud troop; he was going home.

The soldier sustained major burns. He was missing both of his ears, scars on his face, his arms and hands in elastic bandages. He was someone hard to look at, but your eyes kept coming back to him standing there a proud soldier.

Once finished I saw the security officer help him with putting his back pack on. Then the soldier and an older woman that accompanied him walked out of the screening area.

You see, I have seen this soldier before, and the last time he was wearing his jeans, shirt and a black cowboy hat. While he was leaving the screening area I asked him where his cowboy hat was and I smiled and said, “So they are making you fly home in your uniform, heh?”

He smiled back and answered, “Nope, this time it is for sentimental reasons, I am wearing it for the last time. I wanted to wear it going home.”

He paid the price.

While waiting for his flight to leave, I noticed that he was having some lunch, smiling and talking to the older woman accompanying him.

I went over and introduced myself and he told me his name was John. I found out that the woman was his proud mother taking her young soldier son back home.

I asked if I could sit and talk with him a bit. They both agreed and I took a seat.

I told John that his statement about wearing his uniform for the last time moved me.

I also told him that I wanted to personally come over and thank him for his service and for the price he paid.

Ray, he said, “I have been blown up twice and I was set on fire. With all that I have been through, you want to know what?”

“I would do it all over again, every single minute of it.”

I did not know what to say. A lump rose up in my throat and tears were welling up in my eyes. Here was one of America’s sons and I was honored to be sitting here with him.

I asked him, “Does it bother you to be in this situation?”

He asked me the ages of the ones still at home and I told him eleven and twelve years old, a boy and a girl. We talked about where I lived and a bit more about my family.

He said, “Sounds like you have a good family and that you are a good father. I want you to know something. I was over there just for them, so they would not have to go.”

The lump grew larger and my eyes welled up, then a tear escaped and dripped down the side of my face. I was in awe. You see the tears were not tears of sadness; they were tears of pride and honor.

I looked upon the scars and wounds that he sustained; he smiled and continued talking to me. The feelings that I felt are hard to explain. I was proud, joyous, humbled and honored.

We talked a bit more and then I got up and wished him and his mother a safe trip. I thanked him once again for the service and sacrifice that he made. He kind of brushed it off with a smile and a sparkle in his eye and said, “I’d do it all over again, no need to thank me.”

As I walked away, my mind went to our Lord. I asked Him to bless John and his family and a continued safe trip. He was going home to a hero’s welcome with friends, family and the town waiting for him at the airport. I was glad.

I went into thought and the still small voice told me that the way I was feeling, is just a glimpse of how I would feel when I would personally meet Jesus, the one who paid the ultimate price. Once again I was in awe over what our Lord gave to us. And you know what? He would do it all over again, just because He loves us so much. The lump and the tears returned while meditating on what Christ did for us and His joy to do it all again if given the chance, much like John.

I wanted to share this story with you during the Christmas season. I hope that you remember our troops who are paying the price. Say a prayer and think of them during this Christmas season. They and their families are giving up so much.

“For God so loved the world, that he gave his only begotten Son, that whosoever believeth in him should not perish, but have everlasting life. For God sent not his Son into the world to condemn the world; but that the world through him might be saved.” John 3:16 -17

Think of the scars and the wounds that our Lord sustained, and give thanks to our Lord in Heaven. He paid the ultimate price so that through Him the world might be saved.

If you see one of our young men or women in uniform this Christmas season, go over and thank them. They have paid and continue to pay the price. 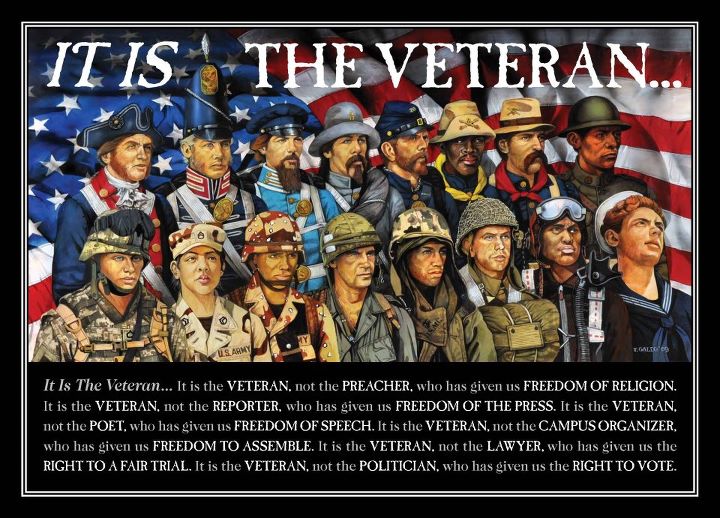 Putting The Most Odds in Your Favor In Surviving A Nuclear…

US At War With True Believers & It’s Getting Worse?

Tehran Declares Intent to Enrich Uranium to 90% for Military Purposes