For the longest time I have known that deviant sexual practices used on a wide scale does affect the society as a whole.  In fact, it is well known that both Greece and Rome fell after they opened their minds to sexual deviancy.

See, for years I have known these facts, but for the longest time I have not been able to show good proof.

That is, till this week.

I have been doing a lot of research recently for an up and coming trip to SkyWatchTV.  They have invited me to be part of a really exciting project, for which I have had to do some extensive digging on my information.  That is, how I came up with what I am about to share with you.

What Unwin found, is that there is a massive connection between a society that maintains and practices monogamy vs. a culture and civilization that live a more “hedonistic” lifestyle.

The whole reason he wrote the book was to test Sigmund Freud’s ideas that “everything a person does has some kind of sexual motivation behind it.

You see, in today’s world Freud would have been one of those progressive liberals.  Yep!  Just like the ones working to destroy our nation today.

Freud thought that advanced civilization was founded upon the repression of their sexual desires and refocusing those desires into positive energy to start building up the society.  In fact, Napoleon Hill, author of “Think and Grow Rich” teaches people to apply this very thing.  Re-channeling your sexual urges till you get what you want.

Unwin was not a Christian, but he was for his day a “relativistic / realistic” as would any anthropologist was in that time.  In today’s world, everyone is a hard core atheists, or at least 98% are.  Where as, in Unwins time people still had a understanding of proper morals and they knew right from wrong.

In his book he clearly states that he offered “no opinion about rightness or wrongness” in regard to sexual norms.

BUT… even though he maintained this “non-bias” mentality, what he discovered in 86 different societies was something rather profound.  Unwin discovered (much to what seems to be his minor disappointment) that monogamy had a direct influence on the societies strength, stamina, and positive collective will.

Not only that, he discovered that the monogamous family unit passed on these positive ideas, thus ensuring the next generations success.

As long as the generations following maintained the monogamous way of life, the tribe, people, and / or civilization thrived.

But, if society started to go down that path of sexual deviancy that, within 2 – 3 generations, the nation imploded.

There was a great book written in 1991, by Strauss and Howe, called “Generations.”  The authors fact checked each generation from 1584 to present, and then all the way up to year 2069.

What they discovered is that every 100 years man basically does the same thing over and over again.

We as Christians have known this also because Solomon wrote…

10 Is there any thing whereof it may be said, See, this is new? it hath been already of old time, which was before us.

Generations go through a cycle of being 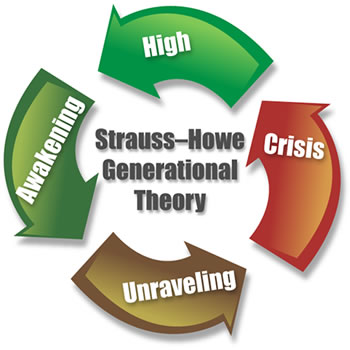 How great nations maintained themselves, was due to the fact that they stayed monogamous and kept a strong family unit.

So, when a generation got to the “unraveling” followed by the “Crisis”, it was the strong underpinnings of the monogamist lifestyle that held the society together and got them to the “high” again.

That is, until 1960 to present, where sexual deviancy has now the norm.  It seems that Unwin thought Freud’s ideas were correct.  As you read his book, you can see a bit of his disappointment when you read between the lines.  He was hoping that the acceptance of “permissive” sexual relations were “progressive” (yep, they used the same word back then).  But what he actually discovered was the truth.  Monogamy and a strong family unit is truly what held society together, even through the nations or tribe’s “crisis” period.

Loose sexual morals are a nations killer.  That is a fact and historical proof is there to back it up. 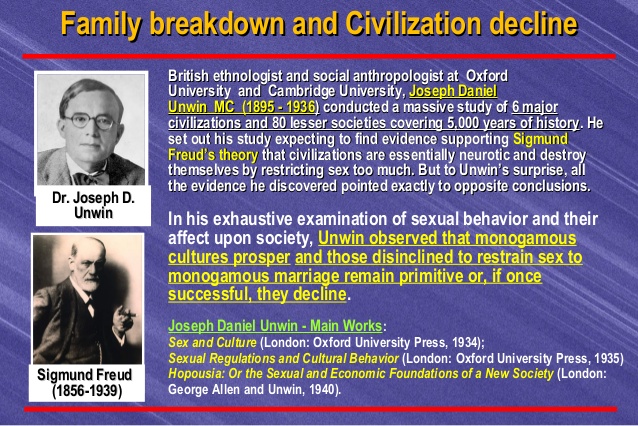 But it seems, it is the liberals today, that are pushing their deviant sexual attitudes upon our nation and if we continue, we will lose our nation in the 4th turning point.  Crisis.

I can already guess your next question.  When will the 4th turning point start?

To be honest there are several points that could be the beginning.  First, there is 2008.  That year marked the onset of the most serious U.S. economic crisis since the Great Depression.  It also marked the election of Barack Obama, which as we know and today continue to learn, began the corruption and politicization of many of our U.S. departments.

We are learning this, thank goodness, due to President Trump.  The Obama admin used many US departments as weapons against the American people.  Particularly if you are Christian, conservative, and/or believed in the 2nd amendment, or stood on the constitution, etc, etc.

We are also learning that this shadow government had been in the works since Bill Clinton, and the Obama administration, was in fact, paving the way for putting Hillary Clinton in office.

I believe that if we had Hillary in office, our nation would not make it through the continuation of our dark period, our crisis, our fourth turning point which we are in right now.

“Sumerian, Greek, Roman, Babylonian, Moorish, Anglo-Saxon, and many other societies, all fell shortly after they abandoned sexual chastity.  Sexual permissiveness would cause societies to decline unless their sexual mores became more rigid.”

Here is what Unwin said…

“These societies lived in different geographical environments; they belonged to different racial stocks; but the history of their marriage customs is the same.  In the beginning, each society had the same ideas in regard to sexual regulations. Then the same struggles took place; the same sentiments were expressed; the same changes were made; the same results ensued.  Each society reduced its sexual opportunity to a minimum and displaying great social energy, flourished greatly. Then it extended its sexual opportunity; its energy decreased, and faded away.  The one outstanding feature of the whole story is its unrelieved monotony.”

It is a bit long winded, but the research is pretty interesting.  FYI, he does not get to the “good stuff” till chapter 3.  The first two chapters go into the how and why of his research.

NOW as a side note, the interesting thing is that, I can find almost any book on Amazon, but isn’t it funny that they do not offer “Sex and Culture” by J.D. Unwin?

Because his irrefutable study of the cultures regarding sexual deviancy vs. monogamy absolutely proves that nations die due to sexual debauchery, deviancy and loose sexual practices. 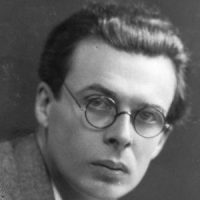 The famous writer Aldous Huxley author of the book “Brave New World” who was a humanist, pacifist, and satirist and later became involved in parapsychology, philosophical mysticism, and universalism said the following about Unwin’s work.

“Unwin’s conclusions, which are based upon an enormous wealth of carefully sifted evidence, may be summed up as follows. All human societies are in one or another of six cultural conditions: zoistic, manistic, deistic, rationalistic, expansive, productive. Of these societies the zoistic displays the least amount of mental and social energy, the productive the most. Investigation shows that the societies exhibiting the least amount of energy are those where pre-nuptial continence is not imposed and where the opportunities for sexual indulgence after marriage are greatest. The cultural condition of a society rises in exact proportion as it imposes pre-nuptial and post-nuptial restraints upon sexual opportunity.”

“In human records there is no instance of a society retaining its energy after a complete new generation has inherited a tradition which does not insist on pre-nuptial and post-nuptial continence.” For Roman, Greek, Sumerian, Moorish, Babylonian, and Anglo-Saxon civilizations, Unwin had several hundred years of history to draw on. He found with no exceptions that these societies flourished during eras that valued sexual fidelity. Inevitably, sexual mores would loosen and the societies would subsequently decline, only to rise again when they returned to more rigid sexual standards.”

If you stand back and look.  One can clearly see a manipulation of our nation.  It is my strong opinion that once Ronald Regan left office, and was succeeded by George Bush Sr, our nation was put on a path of destruction.  From Bush to Clinton to Bush to Obama, and the powers that be, working within the shadow government were conspiring and are still conspiring to this day to bring our nation down.

If it wasn’t for the election of black swan, Donald J. Trump, I truly believe that our nation would be on the threshold of destruction, if not the very brink.

I encourage you to download Unwin’s book and read it yourself.

I also encourage you to get behind this president and support him with word and prayer. 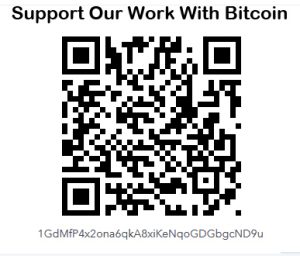 He is bringing back the monogamist attitude and way of life for our nation.  It is this stand on monogamy that will help keep our nation strong and continue on through this dark period of the fourth turning point that every generation goes through approximately every 100 years.

Finally, stand for monogamy and push away these deviant and hedonistic lifestyles that are being shoved down our throats.  They will destroy us like they are doing today.

Just look at the hopelessness in our people today.

Look at the ignorance in our youth, I mean really chomping down on a Tide pod?  How stupid can one be?

But, this is the result of broken homes, latch key kids, and the desensitizing of sex and sexual deviancy.

We need to fight for what is right again, and keep pushing forward the good and true way that God promotes.  A pure, good and monogamist lifestyle is found in His Word over and over and over again.

His Word has never been wrong.  It is His word, and the positive morals and character that God promotes, that strengthens nations.  Thanks to J.D Unwin, the historical proof is clearly there, and it is my hope that many of you will share these historical facts with your congressmen and senators.

It is the foundation of a strong family unit, with one woman and one man, that drives our nation.  Those who want to destroy our nation hate this.

This is why we have to stand and make our voices heard.  Share this truth and educate yourself to these lost facts that, I thank God, have been rediscovered.

If you have any questions or comments, please do not hesitate to contact me at [email protected] 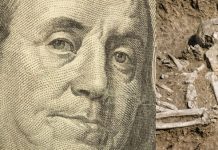 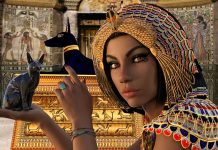 The Luciferian Shadow Government – The Beginnings 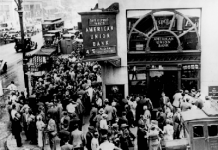 The Meaning of Passover

One Word Captures How Christians Continue Confidently Amidst Cultural Collapse 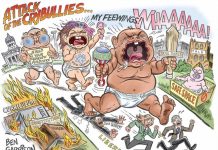 Spared The Rod? Great, We Now Have a Bunch of Spoiled…