Most of you know that I lost two of my pets this week.

They are both safe at home now, but I want to tell you how we found them and thank you all for praying.

It was really traumatic to say the least.  I had taken them out for a ride in their pet stroller.  It is a pretty big contraption – sturdy and heavy.  I had approximately 13 pounds of cats in their – Big Red at nearly 9 pounds, and Stardust at around 4 pounds.  Anyway, the weight of the cats is not significant in the stroller, especially if they are being still.  They like to go out, and were pretty much resting and enjoying the air.  I stopped in a cul-de-sac about half a mile from the house to smell some flowers.  Apparently that is where they got out because that is where we found them. They would have gotten out while the stroller was stopped.  The top is covered so I don’t really see them while I am pushing the stroller.  So, regardless of what or why, I pushed the stroller away and without realizing they had jumped out.  We didn’t find them until more than 24 hours later though. It was just awful, and I am sure all pet lovers and owners know how bad it can be.  We are pretty sure that Stardust is the guilty party who unzipped the side zipper.  When my brother was bringing her to me from my mom’s she managed to unzip a side of her carrying case and get out in the airport.  They caught her pretty quickly, and the airport wasn’t shut down or anything.  Anyway, that is why we suppose she was the one to unzip the side.

What many of you don’t know is that Stardust and Red are registered Siberian Forest Cats.  Siberians are hypoallergenic – meaning a lot of people who are allergic to most cats are not going to react to this type of cat.  We have had very good luck placing kittens in homes where people have been unable to tolerate other cats.  It has been a blessing to us and a blessing to people who have our kittens now.  So, you see, besides the fact that we love them very dearly, they are a potential source of income, and could have cost us thousands of dollars to replace.  So, this was a double whammy.  Our pets were lost and future income potential was lost.  It was really bad!

So, the family was alerted and we all began searching and knocking on doors and showing photos of the cats.  I notified Ray Gano, and he let all of you know that I needed your prayers.  Thank you so much for your prayers.  This is what happened.

The first day was a nightmare.  I walked around the neighborhood calling them for approximately 12 miles.  I estimate that based on how many times I circled the area.  I just couldn’t make myself stop.  Finally my son came and got me in the car and took me home.  So, we had to deal with the night.  Coyotes are dreadful here. This is a neighborhood with a neighborhood association.  Raina had put flyers on the mail boxes, but the neighborhood elected official came and told us to take them down, and it might damage the paint on the mail boxes.  He also told me it was useless to try to find them because they were probably already eaten by coyotes anyway.  The best Christian witness I could give him was just to say ok and walk away.  I wanted to whack him, but the Lord restrained me.  Or maybe I was too tired to raise my arm.

Then it got dark.  Neither cat had ever spent a night alone, much less outside.  We tried to sleep, but got up in the night and looked for them several times.

The next morning Raina and Ray (my son in law Ray) went out early, and called me soon to tell me they had found Red.  They had gone back to the cul-de-sac and walked and called.  Finally Raina sat down by a thick evergreen bush.  She was too tired to go any further.  Just sitting there she heard a faint meow – and Red had dug a hole and hidden himself under the bush by which she was sitting.  Ray had to come and pull him out, but he was fine.  Praise the Lord.  One down, and one to go.

By afternoon I was so tired I thought I didn’t know what to do.  I got Ray’s 3 legged stool that is made for hunters to carry.  I thought I could carry that and be able to sit and rest.  I took it to the cul-de-sac and thought I could walk around it again a few times and call.  All this time the clouds were getting darker and we were praying that it not rain until we found her.  Siberians really don’t meow, they just sort of chirp.  We had all been praying that we would hear her if we were near her and she made any noise.  So, I was just getting ready to set the stool down and I heard her chirp.  She came out of a garage that was open about 6 inches and I grabbed her.

We had a ‘hug the cat’ party on the spot.  Our party was over in less than 2 minutes because it began to rain.  It was like God was giving us the signal that He had been listening to our every prayer.

Both cats are home and doing fine.  We are so thankful to God and to each of you who prayed for us.  I am attaching a photo of Big Red and Stardust.  I don’t know if Ray will have room to use them or not.  You can see photos of all our cats at http://chirpyscats.com Mom and my sister have 3 cats in Arkansas, and Raina and I have 3 cats here in Olympia.

While I was too tired to walk I wrote down these Bible verses.  I knew I had to keep my focus on God’s power to help me.  I knew I couldn’t be distracted by anything.  When I was walking I was praying for God to direct my path, to open my ears to hear, and my eyes to see.  He also pointed a few street crossings where I was about to walk out in the street without looking for oncoming traffic.

Nehemiah 2:20b says, ‘The God of heaven, he will prosper us; therefore we his servants will arise and build.  (In this case – keep looking for the cats)

James 5:16b says, ‘The effectual fervent prayer of a righteous man availeth much.’  I sort of translate that as ‘the continual passionate prayer of the one whose heart is right with God gets results.

Zechariah 3:6b says, ‘Not by might, nor by power, but by my spirit, saith the LORD of hosts.’  It will be God’s hand intervening on our behalf when we get the cats back.

Micah 7:7 says, ‘Therefore I will look unto the LORD; I will wait for the God of my salvation: my God will hear me.’  Spurgeon did a great sermon on this verse.  He called it his ‘hold fast’ – or what he would cling to in time of trouble.  God will hear me, too.

Psalm 46:1 says, ‘God is our refuge and strength, a very present help in trouble.’  This is a very big trouble to me.  Spurgeon is reported to have this conversation with a woman.  The woman said, ‘I don’t bother God with the small stuff.  I only take my big troubles to Him.’  To which Spurgeon replied, ‘Madam, what could you possibly do that would seem big to God?’   I am so thankful that God cares about all our troubles.

Isaiah 50:7 says, ‘For the Lord GOD will help me; therefore shall I not be confounded: therefore have I set my face like a flint, and I know that I shall not be ashamed.’

Isaiah 26:3 says, ‘Thou wilt keep him in perfect peace, whose mind is stayed on thee: because he trusteth in thee.’

BREAKING NEWS – E-Coli Superbug In US – Totally Resistant To…

The Ten Plagues That are Hitting America Right Now 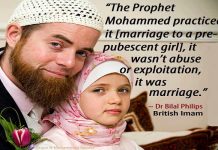 Trans – It Makes Sense Now – The Road To Dhimmitude