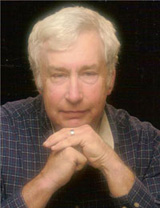 It is June 28, 2012 and on this day in history five Justices of the U.S. Supreme Court joined with President Obama and members of Congress to declare the U.S. Constitution and our free Republic dead. The Justices accomplished all of this by issuing a bizarre opinion on the Constitutionality of the “Affordable Health Care Act” commonly known as Obamacare.

In August of 2009 I wrote my first blog article on the Constitutionality of the proposed health care bill, H.R. 3200. I noted a number of Constitutional objections to it with the primary one being the violation of Article, Section 8, of the Constitution that limits the powers of Congress. I argued that nothing in that article, including the Commerce Clause, gave Congress the power to either regulate health care, or to turn over the power to do so to the Executive Branch of government.

Ironically, the Supreme Court agreed with me today on the Commerce Clause issue, but then did something that by its own past admissions; it has no Constitutional authority to do. The Court took a clearly unconstitutional law passed by Congress and essentially rewrote it in order to declare it Constitutional.  I’m referring specifically to the “penalties” imposed on Americans who fail to comply with the individual mandate requiring them to buy health insurance. Under the law, these people can be “fined” by the IRS for non compliance.

If you remember, when Obamacare was being proposed, the President, members of his cabinet, Democrats in Congress, and members of the mainstream news media were all assuring the American people that this was not a new “tax.” Now, John Roberts, the Chief Justice of the Supreme Court has written a majority opinion saying essentially that these were all lies, but he is going to fix it by declaring that this is a tax, and therefore falls within the powers of Congress.

In a nutshell, we have a situation where the Congress passed a law that it had no authority under the Constitution to pass, and that further unconstitutionally granted extraordinary new powers to the Executive Branch, that are not authorized by the Constitution. Now, we have the U.S. Supreme Court upholding this, and making a power grab of its own by saying that it can ignore the Constitution and rewrite the laws passed by Congress.

The implications of this are staggering. The Supreme Court has now decided that the Federal government can use its powers of taxation to force the American people to do its will, even if individual freedoms guaranteed by the Bill of Rights are taken away in the process. Obama is already using the authority of the health care law to attack freedom of religion, and now when can expect him to go much further.

Imagine this, you are obese and the government declares that since that is a danger to your health, you will be taxed if you don’t lose weight. If you have dangerous weapons in your homes like firearms, and Obama orders you to surrender them to the Federal government, you can be taxed if you fail to do so. What about going to political websites on the internet that the Feds decide are inappropriate and endanger your emotional well being; there is a tax for that.

It sounds incredible, doesn’t it? Unfortunately, it could all happen as a result of today’s Supreme Court decision. Justice Roberts and the other four Justices who signed off on this opinion have increased the power of the Federal government far beyond what was intended by the founding fathers who wrote the Constitution, and for that matter the Declaration of Independence.

Today, the Constitution and our Republic were given the last rites by the progressives on the Supreme Court, but I am not ready to kick the dirt in on our freedom yet. I believe that many Americans are not just angry, but are as infuriated as I am. The election in November, if we are allowed to have a free and fair one, is one that must be won across the board. If Obama is re-elected and Democrats continue to control the Senate, then the demise of the United States will be official.

Well, maybe not. There is one other alternative and it is stated clearly in theDeclaration of Independence when Thomas Jefferson wrote about our inalienable rights:

“We hold these truths to be self-evident, that all men are created equal, that they are endowed by their Creator with certain unalienable rights, that among these are life, liberty and the pursuit of happiness. That to secure these rights, governments are instituted among men, deriving their just powers from the consent of the governed. That whenever any form of government becomes destructive to these ends, it is the right of the people to alter or to abolish it, and to institute new government, laying its foundation on such principles and organizing its powers in such form, as to them shall seem most likely to effect their safety and happiness.”

Perhaps it would be wise for those who are celebrating the death of America today, to remember that as long as there is one American left that is willing to defend the Constitution and the Republic, there will always be a spark of life that has not been extinguished. I intend to be one of those sparks.

Check out Michael Connelly’s new radio talk show that airs every Wednesday at 4:00 PM Eastern on America’s Web Radio. Be sure to visit his non-profit organization Constitutional Law Alliance (CLA) where he has written a booklet on the U.S. Constitution that every patriotic American should own and distribute to friends and relatives.

Michael Connelly teaches constitutional law through Education to Go, an online company that provides courses to numerous universities. He is a retired attorney, the author of four books, publisher of a website, and U.S. Army veteran.

18 Signs That Global Financial Markets Are Entering A Horrifying Death…