What I am about to share with you is true. It is a few minutes that affected my life forever and an event that I will never forget.

Back in 2005 I used to work for DHS/TSA.  I was on the jump teams dispatched to federalize the Airports in the US. Once I came home I was a supervisor at the San Antonio Airport.

It was around December 15th 2005 and I was the supervisor on duty at Terminal B. There was not much going on and it was kind of on the slow side.

Then I saw him, a young soldier going through the screening process. He was in his battle dress uniform, pressed and starched, standing there as the TSA officer waved the metal detector over and around him.

You could see a humble but proud soldier, he was going home for the holidays.

Apparently, the soldier sustained major burns. He was missing both of his ears, his face was scarred, and his arms and hands were in elastic bandages.

To be honest, he was someone hard to look at, but your eyes kept going back to him standing there…. A proud soldier.

Once finished, I saw the security officer help him with putting his backpack on. Then the soldier and an older woman that accompanied him walked out of the screening area.

You see, I have seen this soldier before, and that time he was wearing jeans, a shirt, and a black cowboy hat.

As he was leaving the screening area, I asked him where his cowboy hat was. He smiled back, recognizing me and I stated, “So they are making you fly home in your uniform heh?”

I did not expect to hear what he was about to say.

See, he smiled back and answered, “Nope, this time it is for sentimental reasons, I am wearing it for the last time. I wanted to wear it going home.”

He paid the price.

While waiting for his flight to leave, I noticed that he was having some lunch, smiling and talking to the older woman accompanying him.

I went over and introduced myself and he told me his name was John. I found out that the woman was his proud mother taking her son back home for the holidays.

I asked if I could sit and talk with him a bit. They both agreed and I took a seat.

I told John that his statement about wearing his uniform for the last time moved me.

I also told him that I wanted to personally come over and thank him for his service and for the price he paid.

“Ray”, he said, “I have been blown up twice and I was set on fire. With all that I have been through, you want to know what?”

“I would do it all over again, every single minute of it.”

Wow. I did not know what to say.

A lump rose up in my throat and tears were welling up in my eyes. Here was one of America’s sons and I was honored to be sitting there with him.

I asked him, “Does it bother you to be in this situation?”

He asked me the ages of the ones still at home and I told him eleven and twelve years old, a boy and a girl. We talked about where I lived and a bit more about my family.

He said, “Sounds like you have a good family and that you are a good father. I want you to know something. I have been over there just for them, so they would not have to go.”

The lump grew larger and my eyes welled up, then a tear escaped and dripped down the side of my face.

You see the tears were not tears of sadness; they were tears of pride and honor.

I looked upon the scars and wounds that he sustained; he smiled and continued talking to me. The feelings that I felt were hard to explain. I was proud, joyous, humbled and honored to be sitting with this hero.

We talked a bit more and then I got up and wished him and his mother a Merry Christmas and a safe trip. I thanked him once again for the service and sacrifice that he made.

He kind of brushed it off with a smile and a sparkle in his eye and said, “I’d do it all over again, no need to thank me.”

As I walked away, my mind went to our Lord. I asked Him to bless John and his family and traveling mercies for a safe trip. He was going home to a hero’s welcome with friends, family and the town waiting for him at the airport.

It was a Christmas season that I will never forget. I was glad that I had that chance to meet, sit and talk with John.

I went back to my desk and started contemplating about the moment. It was at that time a still small voice spoke to me, explaining the way I was feeling.

This experience, the feelings I felt, was just a glimpse of how I would feel when I personally meet our Lord and Savior, Christ Jesus.

This soldier named John, paid the price, but it was Jesus, our Lord and Savior, who paid the ultimate price.

I thought about the honor and pride I felt, sitting and talking with John, how much more in awe will I be when I finally get to meet Jesus?

Once again, I was in awe over what our Lord gave to us. And you know what? He would do it all over again, just because He loves us so much. The lump and the tears returned while meditating on what Christ did for us and His joy to do it all again, if given the chance, much like John.

I wanted to share this personal Christmas Story with you. I hope that you remember our troops who are paying the price and those who paid the ultimate price. Say a prayer and think of them during this Holiday Season. They and their families have given up so much.

John 3:16 – 17 For God so loved the world, that he gave his only begotten Son, that whosoever believeth in him should not perish, but have everlasting life. For God sent not his Son into the world to condemn the world; but that the world through him might be saved.

Think of the scars and the wounds that our Lord sustained, and give thanks to our Lord in Heaven.

He paid the ultimate price so that through Him the world might be saved.

If you see one of our young men or women in uniform while you are traveling this holidays, go over and thank them.

They have paid and continue to pay the price.

To John, that young hero and to all of you reading this wherever you are, I pray that God blesses you and keeps you, that His favor continues to shine brightly upon you in this coming New Year – Merry Christmas and a Happy New Year from Me, Tracye and Prophezine  – Amen.

Give the Gift That Keeps on Giving This Holiday Season

So when we lose subscribers, it is a major hit. 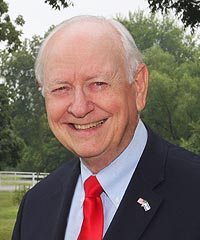 Many of you know Dr David Reagan of Lamb & Lion and the host of “Christ In Prophecy”.

Ray Gano is no “pillow prophet” who desires to tickle people’s ears with false words of encouragement. He is a watchman on the wall who spits words like bullets, calling for repentance and warning of impending judgment. You may not agree with all his conclusions, but you will be forced to think deeply about what he has to say, and since what he says is always grounded in Scripture, you will be impelled to search God’s Word — and that is good. — Dr. David Reagan – Lamb & Lion Ministies

It is encouraging to have people endorse us like this. It tells us that we are on the right track.

Folks, $10 does not buy much anymore. But it will subscribe you to our PZ Insider Report, our PZ News Watch and PZ Survival News. Couple that with our great file library on the PZ Website, PZ Radio and our UNDERGROUND area and you are getting more than $10.00 month worth of critical information.

Think about it, you can’t even buy lunch for a family of four at McDonalds for $10.00 anymore.

BUT that same $10.00 will help support mine and Tracye’s work here at Prophezine.

Tracye and I have taken some huge steps in faith. I believe that God has called us to minister to the remnant of people who still stand with God as well as stand on His Son, Christ Jesus and His Word.

Will you take a step in faith and stand with us by becoming PZ Insiders?

PLEASE BECOME A PZ INSIDER & STAND WITH US

I Am Already A PZ Insider – What Can I Do?

There are several things that you can do.

If you would like provide a onetime love gift, you can use the following link to help us…

Stand With Us In The Gap – http://tinyurl.com/Donate-to-Prophezine

Is Prophecy Being Fulfilled In Egypt? 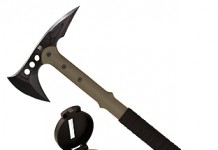 Emails From Readers – GET HOME NOW!!

28 Signs That The West Coast Is Being Absolutely Fried With…