Associated Press confirmed internet rumors that the Federal government is purchasing hundreds of millions of rounds of ammunition for domestic use. AP reports that the Department of Homeland Security is seeking to buy 1.6 billion rounds of ammunition over the next five years-ostensibly for training law enforcement agents. That is about five bullets for every person in the US. This is one of the few times that the mainstream news media has picked up on something that conservatives and conspiracy theorists have been claiming for years. AP gives credence to PrisonPlanet’s Alex Jones, who says the government is conducting “an arms race against the American people.” But there is much, much more.

AP confirmed a report that the Social Security Administration last year purchased 174,000 hollow point bullets. AP reports that Jonathan Lasher, SSA’s assistant inspector general for external relations, said the bullets were for the Social Security Inspector General’s office, specifically for its 295 agents who investigate Social Security fraud. ‘Must be that those nasty seniors are wearing bullet proof vests when the government goons come a knocking at the door. Gotta wonder, right? AP says that Homeland Security has 90 federal agencies and 70,000 agents training in its facilities. This is a lot of unconstitutional “you are guilty until proven innocent” power on the streets. The IRS and DEA are not even mentioned.

This comes at a time when the occupant of the Oval Office is instigating a full court press to disarm American citizens to “protect our children.” Notwithstanding that there are fewer than 10,000 firearm-related deaths per year, and less than 3% of those are minors. Additionally, in places like Chicago, Detroit and Washington, DC, where gun laws are the most restrictive, firearm-related deaths are excessive. Criminals will get guns regardless of the law. So who is fooling who? Couple this with a Homeland Security report in April 2009 that summarily stated concerns that those who are conservative, distrust the government, are religious, and support the 2nd Amendment are an extremist threat to the government.

Among the proposals to disarm the public are extensive background checks and mental tests, even involving doctors in the socialist medical system. If you are a pro-life Christian that believes in the Bill of Rights and limited government, you could be considered mentally ill and a threat. The government is buying bullets for domestic use. The government is trying to disarm the populace by making it extremely difficult to own a firearm. Connecting the dots, what do you see? Could one make a case for the government singling out conservative Christians as threats to its existence therefore requiring stringent police action? No matter what excuse big brother is using to calm the masses for its agenda, Jesus’ words are good advice, “Take heed that no man deceive you (Matthew 24:4).”

He Rides a Black Horse

Thou Art Wretched and Miserable 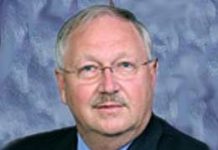 Rick Warren Says Those Who Focus on Bible Prophecy “Not fit… 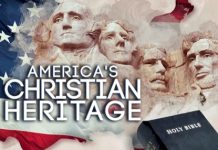 Giving Thanks And Our Christian Heritage