I woke up yesterday morning and around 9:00 AM this came in…

Nasdaq was the first to be halted at 0758ET.

The S&P 500 Futures is halted for the first time in history.

What happened next is all of a sudden and deluge of chickens running around with their heads cut off and proceeded to scream that the sky is falling.

September 2015 is a topic that I have been writing about for some time now, oh about 4+ years.

Economic collapses taking place in September / October is something that I have been writing about for the past 7+ years.

I am not trying to be flippant here, but what has taken place should not surprise us. Those of us who have been reading the writing on the wall have seen this coming for some time now.

Now interestingly enough where yesterday all the news pouring in was that of doom and gloom, this morning I have multiple financial newsletters stating …

“Here’s Why the Market Is Set to Bounce”

And this is on the front page of Drudge this morning…

If you have been a reader of mine you know that I have been saying that there is economic collapse coming, but I have also been sharing how we can prepare for this coming storm.

Look at what happened yesterday and like it or not, it was just a small blip on the radar, a small ripple or preview of the coming storm.

What many people do not understand is that the DOW is majorly over inflated. This is mostly due to all the free money that the Feds have been pumping into the system.

Realistically speaking, the DOW should be sitting somewhere around the 5000 to 7000 mark range. That is a healthier range vs the 16222 where it is sitting today.

Interestingly oil prices plunged as well, with the U.S. oil sitting at $38.24 a barrel.

One factor for the shut downs in the morning drop was partly due to big investors scrambling for ways to protect themselves against losses outside the U.S., which is natural.

But one of the main factors was a snow ball cascade of automatic selling by a massive number of regular investors like us. With the drop in the market taking place, this triggered stop-loss orders, which are designed to protect investors by initiating sales once a stock falls to a certain level.

When a big sell off like that takes place, we then see “herd mentality” start taking place in the trading pits and panic then ensues.

“OH NO… Bob is selling XYZ Stock and the price is dropping, quick.. sell, sell, sell. “

See how it starts?

Now, put computers in charge of all this and all this crazy stuff takes place at the speed of light.

People panic because they are ill prepared.

There are a lot of things taking place in September, kind of a convergence of sorts.

Oh, and France plans to introduce a resolution at the UN Security Council to have the world officially recognize a Palestinian state.

So there are a lot of “convergence” going on.

What some folks out there have been doing is really stirring the pot and instead of critically thinking things through and analyzing them, they have compounded things.

Oh no.. Jade Helm is happening.

Oh No… Shemitah and Blood Moons.

OH No… Economic Collapse is coming

OH NO … all these bad things are happening all at once, it is the end of the world!

Next thing that happens is that they turn into a chicken, lop off the head and then start running around like…. chickens with their heads cut off.

STOP… [breathe] and repeat after me…

Trust in the LORD with all thine heart; and lean not unto thine own understanding. In all thy ways acknowledge him, and he shall direct thy paths.

Can you stop or change the Shemitah, blood moons, economic collapse and the end of the world?

I know that I can’t.

So what do we do?

We do as much as we can to prepare for these things as best we can with the gifts and talents that God has given us.

This is why I promote a prepping lifestyle. We forget that our nation as well as our grandparents and great grandparents have lived through economic collapses.

Do you know that during the early /mid 1700s our nation erupted into hyperinflation?

Do you know that in the early / mid 1800s during the civil war our nation went into hyperinflation again?

AND you do remember in the early / mid 1900s our country fell and the great depression was a result.

Are you beginning to see the pattern here?

Here we are in the early 2000s and what is happening?

Another trend we have been seeing is what I call the Shemitah Effect.

I am pointing out these two trends, historical economic collapse that takes place around every 100 years and the past 40 + years of the Shemitah Effect.

What is another common denominator?

DRUM ROLL PLEASE …. People lived through it all and came out the other side ok.

That is if you prepared for it.

There were many people who were damaged greatly by these trends and did not recover.

The question is, “what have you been doing to prepare?”

Now just so you know… 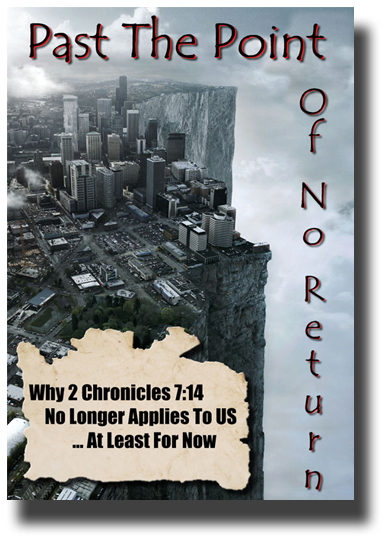 YES, I see an economic collapse coming and a financial fall.

YES, If the Lord tarries our nation will probably be no more in several generations.

BUT… do I believe in some big overnight massive wipe out taking place this September?

After looking at a lot of the financial, historical and biblical data, I have to say no.

NOW… what I do believe is going to happen is that we are going to witness our country being bled dry and suffer death by 1000 cuts.

To be honest, I would much rather go this way than have the carpet pulled out from under our feet.

What a lot of people out there fail to recognize is that there are servants of the enemy active in the world. It is power, greed, wealth, that are major driving forces in their lives.

Right now believe it or not there is STILL a lot of money sitting on the table.

Do you think that these people who strive to gain more power and money are willing to let that much fall by the wayside?

Not in a million years.

They want it all. It is the sin nature of man and that is what drives these sort of people.

Many of you have been my reader for years, so you cannot say that you do not know.

I am proud to say that many of you have heeded my advice and you have prepared. Yesterday and the past Friday really did not affect you, and probably you didn’t care either.

Because many of you HAVE created an ark and you are prepared for “The Coming Storm.”

BUT… if you have not prepared please know that you still have a moment of time to put some sort of preparations in place.

I do not see an overnight death of our nation. Every historical example proves that.

One of my favorite examples is Argentina; they are now facing their third hyperinflation in the past.

This just did not happen overnight. People saw this coming and when Argentina finally instituted a bank holiday the people were so fed up by that time that they rioted in the streets and all hell literally broke lose.

But , it wasn’t a surprise.

Those who saw the writing on the wall prepared and lived through it.

Let me ask you this, was Noah on a cruise ship or an ark?

Well naturally he was on an ark.

Do you think that riding through that storm that Noah and his family endured was a pleasure cruise?

Because Noah prepared him and his family and he created an ark.

Folks, people made it through those past storms just like Noah did because they prepared for it.

If you are prepared and you have your ark, good for you I am proud of you and I am glad that you listened.

IF you are not prepared and do not have an ark, well you still have time.

You WILL pay higher prices and you WILL NOT be able to have everything that you wish you had because like it or not, you are behind the 8 ball.

But that does not mean you can’t better prepare for the coming storm.

I believe that something will happen in September. But with all the distractions taking place, I think that most people will not see it happen. 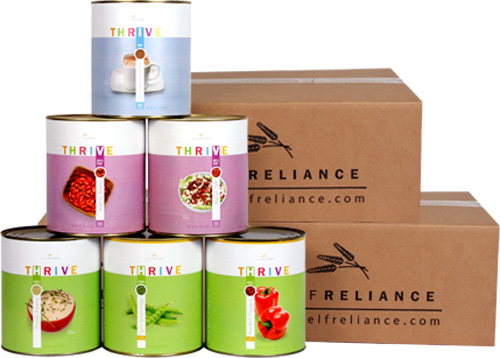 Say in about a year maybe two, something will happen that will devastate us and it will be at that time that folks will wake up and point back to something happening in September and realize that was what started the devastation.

None of us have a crystal ball. But what many of us have is Christ Jesus. He is our Rock and our Salvation, our Fortress in the raging storm.

Ephesians 6:13 Wherefore take unto you the whole armour of God, that ye may be able to withstand in the evil day, and having done all, to stand.

It is that “having done all” part that most people overlook and forget about.

The storm is here, we are beginning to feel its presence. You still have time to build some sort of ark.

What you do not have is lots of time.

So start moving and start building an ark up so that when that evil day is upon us, we have done all and we will be able to stand. 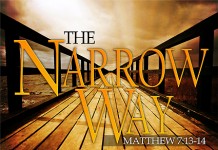 The Remnant Will Rebuild