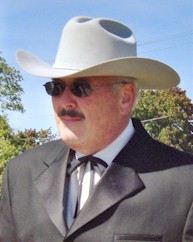 This was posted on Steve Quail’s page over the weekend. This was sent to Quail by Greg Eversen who has been keeping in contact with some retired generals. In this Greg is conecting “the dots” and has presented some interesting speculation regarding the London Olypics. I am presenting it here keeping you informed of possible situations that could effect  what is going on here in the US. Ray – Prophezine

By now you have heard the speculation regarding the possible false flag event at the London Olympics. You have also likely seen the Illuminati Card Game card referencing the attack.

Most postulate that the attack is motivated by a desire to “clamp down on us further.” I’m not convinced about this though as the “clamping down” is occurring almost daily without any such draconian measures needed. Therefore, allow me to offer another possible motive….but to do so I need to remind you of a few pre-911 events.

1. Gold and silver bullion were removed from the World Trade Center vaults prior to the 911 attack….although amounts, values, & ownership have never been confirmed as far as I can tell.

2. Just weeks prior to the 911 attacks, Larry Silverstein took out $3.55 billion dollar insurance policy on the WTC which included terrorist attack provisions….although in fairness, not having sufficient insurance on such a large purchase, and not having “terrorist coverage” (after the 1993 WTC attacks) would have been imprudent and irresponsible.

3. Irregular short selling of stocks (in particular airline stocks) took place prior to 911.

The point of the above is to highlight that financial losses were minimized and some amazingly “prescient” speculative trades were rewarded as the result of 911.

Moving forward to today….what do we know for certain?

1. Last week the venerable 137-year-old London Metal Exchange was sold for $2.19 billion to the Chinese state-controlled Hong Kong Exchanges and Clearing (HKEx). The price was 134 times earnings (!)—a stunning number—but the purchase gives China insight into metals markets it never would have had otherwise.

2. London is the center of the physical gold world (not New York). The London Bullion Market is the biggest over the counter wholesale physical gold market the world….by far.

3. There are increasing complaints from investors that they cannot get their “allocated gold” delivered to them. (Remember, allocated gold is gold set aside by serial number, in a vault, in your name. It is not “unallocated” or “pooled” gold.)

4. Those who have gotten delivery of their allocated gold…usually after threat of legal action…say the bars they are receiving are not the bars they were told they had.

6. Stay with me on this one…..London Olympic Opening Ceremony Artistic Director Danny Boyle labeled the ceremony a reflection of “our green and pleasant land”—a reference to the song “Jerusalem” —-famously sung in the movies Chariots of Fire and also sung at Prince William’s wedding. The song uses the words of William Blake’s poem, which suggests the new Jerusalem would be in England. This fact will make sense in the bigger picture later in this email.

What we can only speculate on:

1. There is plenty of anecdotal evidence that large amounts (i.e. tons) of gold have moved from London to China and other points east.

2. There are rumors that “allocated gold” has been used to satisfy bigger (government) transfers and is therefore no longer available for delivery to the rightful owners.

3. The LIBOR scandal is so far-reaching it is impossible to estimate the damages to the banks involved.

What would a catastrophic “terrorist attack” (say a low-level nuclear blast in the London Underground (subway)) accomplish?

1. The theft of the allocated gold would be covered up. “We’re sorry, all that stored gold we had for you was destroyed in the blast.”

2. The LIBOR scandal goes away (all records destroyed)…. along with the current London Banking system. A new system will arise with the same leadership at the top.

3. The pound sterling would fall like a stone and the dollar would suffers collateral damage since the London-New York-Washington nexus is so tight. Worldwide markets would roil. Banks close. All economic woes would then be attributed to the attack and “devaluations and write-downs” would be “justifiable” emergency measures. The loss of wealth would be massive….especially to everyone except the uber-wealthy.

4. British and US debt holders (Japan, China, Middle East) seem like the losers—except that they (minus japan) received the gold prior to the attack. Gold & silver would soar, blunting their financial pain, but not erasing it.

5. “Lock down” would occur for citizens in the US (and many western nations). The legal framework is already in place. The power-elite would maintain (and tighten) their grip.

6. Obama’s election chances would soar as “why change leaders during a crisis” mentality would set in.

7. War will likely follow…but not immediately. Do we use the attacks to strike Iran? Or, do other countries make the connections and realize the magnitude of the theft, deceit, aggression, evil of the false flag attack? Do they (China? Russia? Germany? Others?) decide to take a stand and attack the US? Dump the dollar? Isolate and contain us economically?

What would expect prior to the attack?

1. Gold would move down (!) or sideways…..movements up would bring too much later attention.

2. The stock market would go up or sideways…..same reason.

3. You might see big institutions going long and reducing their short precious metals positions….something that is happening now.

4. The “safety” of bonds would be the prevailing thought.

6. Many leaders would send surrogates to the ceremonies rather than attending personally….especially from important countries…or they would leave immediately following the ceremony.

So why the reference to Jerusalem?

1. The Olympic opening ceremonies begin on the evening of Friday, 27 July (right after the markets in the US close and with the European and Asian markets having closed hours earlier). The ceremonies end in the early morning of 28 July…or the 9th of Av in the Jewish calendar….although the 9th doesn’t officially start until sundown.

4. Or, since the 9th of Av doesn’t officially start until sundown on the 28th, does the attack come (in Blake’s new Jerusalem) one day later when all the dignitaries are gone?

Steve, I know this is “way out there.” I have had no visions from God. I’m just connecting dots and trying to recognize patterns from previous events. I have debated whether to send this to you. I don’t even know what you would do with it. But I think you’re supposed to have it.

Your Brother in Christ,

One Word Captures How Christians Continue Confidently Amidst Cultural Collapse 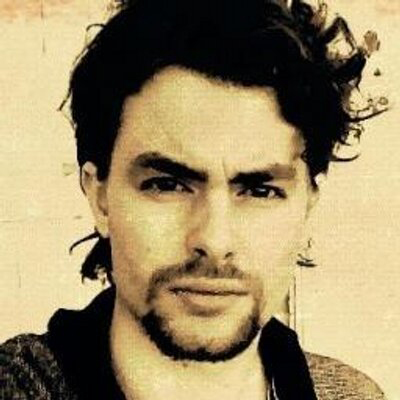 Man up, buttercup. Rome wasn’t conquered in a day 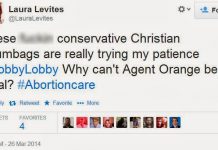