This morning I get up and several emails are sitting in my email box. 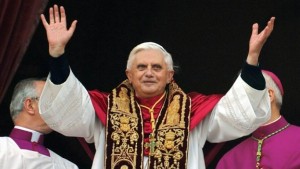 One of those emails stated the following…

“Did you see the headlines. The Pope will be resigning on Feb 28th. Do you remember the prophecy???”

The 85-year-old pontiff made the announcement Monday, saying he no longer had the strength to carry out his papal duties.

“After having repeatedly examined my conscience before God, I have come to the certainty that my strengths, due to an advanced age, are no longer suited to an adequate exercise of the Petrine ministry,” the pope said according to a statement released by the Vatican. (1)

Wow. A Pope stepping down from office.

The prophecy that my reader also mentioned was that spoken of by Saint Malachy where in 1140 A.D. he had a series of visions about the next 112 future Popes.

The list starts with Pope #167 Celestine II who was elected Pope in 1130 and continues to the last Pope #266 who is described in his list as Peter Romanus.

Each one of these popes St Malachy wrote a short “prophecy” about.

What is interesting is that many of “prophecies” have come to pass.

You get the idea. Earth shattering, no not really. That is until the very last pope

Pope #266 he names him “Peterus Romanus” Because he will be bold like Peter the Apostle.

Here is his prophecy..

“In the extreme persecution of the Holy Roman Church, there will sit Peter the Roman, who will pasture his sheep in many tribulations: and when these things are finished, the city of seven hills will be destroyed, and the terrible judge will judge his people. The End.” (3)

This last “prophecy” is also the longest prophecy in the list of popes that He gives.

He ends the list with one word…. Finis — The End.

Already I am getting emails from people basically stating the following…

“In his prophecy Malachy said this is the last good pope and the next is the Antichrist.”

To be honest I have known about St Malachy’s prophecies for a long time. I have reviewed them and read about them over the years.

I am not one who buys into the whole “Catholic Church is the Antichrist” thing nor do I believe that the antichrist will come from Rome/Italy like many in bible prophecy teach. 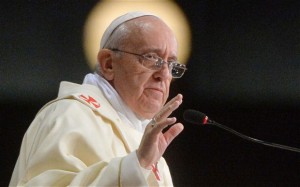 Now I am not a huge fan of the catholic church, but I do not see the pope being the “Antichrist / Uber Bad Guy” that so many people speak about.

To cut the current Pope a little slack, he was very conservative and staunchly defended pro-life and pro-family movements. He frequently issued statements defending the natural family and the right to life from conception until natural death.

He has stood against homosexuality, gay marriage, abortion and assisted suicide.

I believe in giving credit where credit is due.

NOTE : after reading this, I don’t want to hear from people telling me all the evils of the catholic church, the illuminati and ties to freemasonry. There are things that I do not agree with Ratzinger and I know them already. So if you feel tempted to write me about the errors and such of the Catholic church, save your time. This is not what this article is about.

AC Comes To Power & We Are Still Here

What this article is about is what I believe is an error that has been taught for so long that it now has become a doctrine. In fact it is a doctrine that has been cemented in so hard that people will refuse to see the logic.

As I have stated, there are many people out there that teach that the last pope will be the antichrist.

On the surface level it sounds great and there are a lot of books out there written about this.

BUT… if this is the case, then another doctrine that is set in stone has to be in error, that doctrine being the Pre-Trib Rapture.

Now as many know, the Pre-trib rapture teaches that the body of Christ (the church) will not be here when the antichrist comes to power.

Even in our own Prophezine Forum we have discussions about the coming antichrist and his origin and somewhere within the thread someone states that we will be raptured out prior to the AC coming to power.

If this is the case, and the new pope comes to power, then either the whole idea being taught that the pope being the antichrist is in error.

The Pre- Trib doctrine is in error because the Antichrist has come to power and we are still here.

So either the rapture is going to happen really, really soon, or the new pope will be proven not to be the antichrist.

Vatican officials have already stated that the new pope will be placed in power before the holy week celebrating Christ’s Resurrection.

That week starts March 14th and the countdown begins.

So we have till March 14th before the rapture happens, IF you are one of those who believes that the Antichrist and the last pope are one in the same.

Come march 15th, a lot of Christians will have their world rocked because I believe that the rapture will not take place before then and it will prove that the new pope is not the Antichrist.

I don’t believe that the rock solid bible believing Christian will be shaken from his or her faith, but I do believe that those who are not grounded on the Rock of Christ and His Word, will be effected.

Look at what the majority of pastors out there are teaching.

“Your Best Life Now”, your “Purpose Driven Life”, or “A New Kind of Christianity”

I see these sort of deceived people (C.I.N.O.s) falling away, possibly to the point of even renouncing their faith calling it “hogwash” because what they have been taught came out of some book by a man full of errors.

NOTE: I want to say clearly as I have said many times before, I am one who stands upon the imminent return of our Lord Jesus Christ. I also believe that we are living in the last days of the last days. So please, no emails on the rapture, its doctrine and its timing.

I am not one who leans on private revelation for doctrinal matters. I put the prophecies of Saint Malachy a few steps higher up from that of Nostradamus.

Like the historical book of Enoch which was part of the Jewish writings included in the “old testament”; I can see bible believing Christians benefiting from the information like the prophecies of Saint Malachy as long as it does not go against the faith.

“In the extreme persecution of the Holy Roman Church, there will sit Peter the Roman, who will pasture his sheep in many tribulations: and when these things are finished, the city of seven hills will be destroyed, and the terrible judge will judge his people. The End.”

We saw that Ratzinger made a stand for what is right. In fact, more so that most of our nation’s wishy washy sugar coated pastors we have here in the US.

How many pastors here in our own nation have made a public stand against abortion, sodomites, gay marriage, and the like as well as promoting pro family and pro life?

Not many; and those who have made a righteous stand, I give kudos too!

Nowhere in this prophecy do I see “Peter the Roman” being made out to be a bad guy like a lot of people are stating.

I have to question if people are taking this out of context in light of Saint Malachy’s prophecies.

In 2 Thessalonians 2:3 the scripture speaks of the apostasy to come in the last days.

“Let no man deceive you by any means: for that day shall not come, except there come a falling away first, and that man of sin be revealed, the son of perdition;”

In 2 Timothy 3:1 we are reminded of the “perilous times shall come.”

“This know also, that in the last days perilous times shall come.”

These days are here. Everywhere we look, evil is prevailing and defiling everything that we hold sacred.

Again scripture backs this up as well. We read in Isaiah 5:20

“Woe unto them that call evil good, and good evil; that put darkness for light, and light for darkness; that put bitter for sweet, and sweet for bitter!”

Over and over I have tried to show the errors in this whole “catholic church is the bad guy” teaching.

Here are some videos I produced pointing out taught errors and logical conclusions.

Is The Catholic Church the One World Church? – http://tinyurl.com/Catholic-church-OWC

The Catholic Church The Beast System in Place? – http://tinyurl.com/CC-beast-system

I do not believe that what has been taught by many of the famous teachers out there claiming that the pope is the antichrist is true.

I think it is a “doctrine of man” that has been taught over the ages stemming from Martin Luther’s protest of the catholic church and grew out of the whole The Protestant Reformation.

Now please understand I am not making excuses or condoning the catholic church’s errors either. That is not what I am trying to present here.

What I am hoping is that people are not sucked into this “Last Pope / Peter Romanus / Antichrist” idea. Then based on this idea they head off to some mountain top to await the rapture prior to March 14th.

The pope being the antichrist I believe is a false teaching and it will be proven, at least for those who have taught that the Pope and the AC are one in the same.

I also hope that when this is proven to be in error, that it will not cause people to fall away from the Lord.

We are living in exciting times.

We are seeing God move in many arenas and have front row seats to witness His Will play out in these last days. 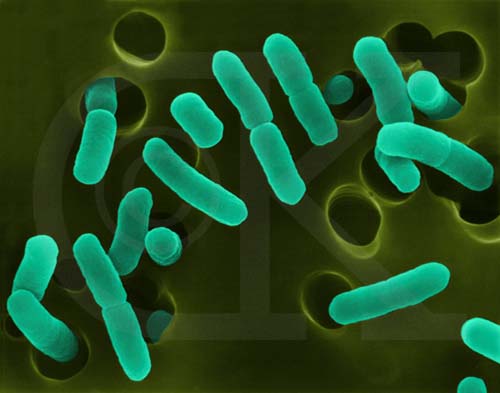 How Do I Know I am Really Saved?