May 1 will go down as a very powerful day in American history. After nearly a decade of hunting the “principality of Persia” for the mastermind of the 911 attacks and head of al Qaeda, Osama bin Laden is dead and buried. He was buried at sea so that Muslims would not have a body to commemorate and rally around. The man who occupies the Oval Office announced the death of bin Laden, and of course, took complete credit for the killing, while giving some praise to American troops who actually carried out the operation Pakistan. Politics aside, Americans should rejoice that an enemy of the Republic and murderer of innocent men, women and children is dead.

Bin Laden and his entourage, in the hallmark cowardly fashion of Islamic terrorists, tried to hide behind a woman as a shield before a US Navy Seal shot him in the head. The long awaited departure of this antichrist spirit will undoubtedly spur the Islamic world into a frenzy against the United States and Israel. And we as Americans must keep in mind that cutting off the head of this beast does not end its danger against mankind. Government officials have issued a warning to Americans to be particularly aware of activity around all mosques and Islamic centers, as the FOX News reporter said, “for obvious reasons.” There are tremendous spiritual implications for the removal of bin Laden.

Daniel received a vision on the banks of the Hidekel river. The Lord’s messenger was delayed 21 days by the “spiritual” prince of Persia, before he could reach Daniel with an interpretation. The watershed of the Hidekel river includes Turkey, Iraq, Saudi Arabia, Syria and Kuwait. The Neo-Persian empire extended throughout the Middle East with the exception of Saudi Arabia-the birthplace of bin Laden. Bin Laden represented and led the forces of Islamic evil on earth throughout this principality. While America’s president has turned a blind eye toward al Qaeda and the Muslim Brotherhood in revolt across the Middle East, he can claim credit for killing bin Laden, which will embolden the principality.

Osama bin Laden perhaps has been sacrificed for the greater good of Islam. As he is martyred and the demonic spirits stirred in the wake of his death, a type and shadow of the Revelation 13:3 prophecy about the beast that rose from the sea comes to mind: “And I saw one of his heads as it were wounded to death; and his deadly wound was healed: and all the world wondered after the beast.” One of the heads of the beast of Islam has been dealt a death blow and was put to burial in the sea. bin Laden was an inspiration to this beast while he was alive, and he is even more so now that he has achieved Islamic martyrdom. The world will wonder as this beast will arise with greater force in the name of peace, unity and death. And you may be surprised at who is in league with it.

What is the Great Miracle of the Jewish People? 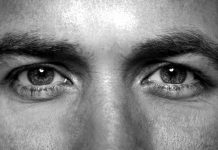 Yesiree Bob – Oprah Going To Heaven Because She Professes Being…