The LA Times is reporting that key elements of a new nuclear agreement with Iran contains a secret 30-page side agreement revealed in a Persian language interview with the Iranian Students News Agency. The Times reports that Abbas Araqchi, Iran’s chief negotiator, says there is a joint commission to oversee how the deal is implemented and it gives Iran the “right” to continue nuclear research and development. In other words, the US will be paying Iran billions of dollars (in reduced sanctions) to continue its nuclear quest.

The occupant of the Oval Office and his secretaries of State continue to prepare the way for the emergence of the antichrist by supporting the advance of Islam.

The antichrist road builders, however, likely would have never revealed the “nonpaper” side agreement had Abbas kept it secret.

You see, “nonpaper” is a diplomatic term used for a side agreement that can be kept from the public. Hand caught in the secret cookie jar, both the State Department and the White House tried to pass the buck between them on acknowledging the nonpaper. Finally, the State Department said there was no secret agreement and details of the nonpaper would be disclosed because they were really “technical plans submitted to the International Atomic Energy Agency.” But White House Press Secretary Jay Carney said they were weighing how much of the text to release publicly.

Allowing Iran to build the “bomb” accelerates the earthly timepiece of the end times, which American presidents have been part and parcel to since Jimmy Carter. Carter deposed the Shah of Iran, allowing the radical Ayatollahs to take over, birthing modern terrorism.

There was a brief respite during the Reagan years. Then George HW Bush began the “peace” process again by engaging Yassir Arafat’s terrorist Palestinian Liberation Organization. Bill Clinton not only accelerated the “Palestinian” effort, but also afforded North Korea the technology to build a nuclear bomb. George W Bush called for a two-state solution and said Islam was a peaceful religion that served the same God as Christians and Jews.

The current president has put the prophecy clock in fast forward by aligning America with the forces of Islam. Iran having a nuclear weapon may well be the catalyst needed to bring Sunni and Shiite together long enough to attack Israel. In other words, the political power of a nuclear weapon gives Iran a place of prominence at the end time table.

Ezekiel 38 cites modern Iran with Libya, modern Sudan, and Magog, Meshech and Tubal-all in modern Turkey-as coming against Israel in a colossal end time battle. Verse 12 saying, “To take a spoil and to take a prey.” The spoil and prey are Israel. US leadership is aiding and abetting the antichrist (2 John 7-For many deceivers are entered into the world, who confess not that Jesus Christ is come in the flesh. This is a deceiver and an antichrist.). 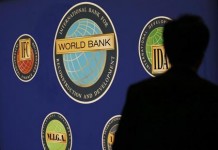 History ALWAYS Gives Us an Answer – China, The Roaring 20’s… 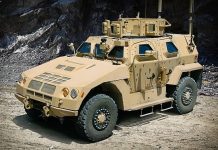 UN Staging Vehicles For The Past Few Years…WHY?

When God Abandons a Nation

What is Full Time Ministry?