When historians look back on the decline of America in the 20th century they will point their fingers directly at the “public” school system.

Nothing has been as destructive to the American culture as the indoctrination camps masquerading as schools. It was in those “schools” that all vestiges of Christianity and American exceptionalism were washed out of the minds of America’s children.

America’s public school system is only “public” in the sense that the public foots the bill. They no longer teach the values of the public, but rather, the values of the educational elite who have committed themselves to a century-long march towards godlessness.

That has been their goal…the elimination of God from the minds of the children, substituting in it’s place a dependency on government in the place of God. If there is no God, then government becomes God.

The sad thing is, they told us exactly what their goals were, but we were too complacent to realize that they played for keeps. By offering the minds of our children to the Humanists we have paved the way for the moral wasteland called America that used to be a “beacon of liberty” to the world.

If the “public” schools were public they would teach the values of the public. But they are not. Our schools are “government” schools, controlled by the government and the teacher’s unions. But blind and foolish citizens believe that they have control of their schools because they get to vote on “levies” to fund the tentacles of the anti-Christ leviathan that is snatching away the minds of their children.

This is done, by the way, with the support of “pastors” who fail to recognize the wolf at the door. Instead of protecting the flock from the poison being injected into the minds of the lambs they are charged to defend, they choose instead to serve on “levy committees” and head up public forums where they sing the praises of the “public schools” that are dragging the souls of the children into the great abyss.

America’s government schools are Godless. For seven hours a day God’s precious children are immersed in a gulag where everything that the pastor teaches them in Sunday school is contradicted by their “teacher” who bleats the mantra of the ant-Christ educational establishment.

“Education is thus a most powerful ally of humanism, and every American school is a school of humanism. What can a theistic Sunday school’s meeting for an hour once a week and teaching only a fraction of the children do to stem the tide of the five-day program of humanistic teaching?” -Charles F. Potter, “Humanism: A New Religion,” 1930.

“Yeah, but boy we have a great band at our school!!” -Pastor People Pleaser.

Our guides are blind. They are man-pleasers, serving the applause of man, rather than the God of Truth. Unwilling to rock the boat, they cheer as the boat, full of innocent children, goes over the falls.

Our schools have failed because our pastors have encouraged parents to “render unto Caesar” their children who belong to God. The education of the children is a responsibility given by God to the Father. “Train up a child in the way he should go: and when he is old he will not depart from it.”

Most pastors guard their pulpits to keep their “flock” from hearing “unsound” doctrine from a visiting “minister.” Yet they are silent as the innocent children in the congregation are led to the slaughter in the “public” schools. Most pastors and parents know very little about the people they entrust the education of their children to.

Pastors knowingly approve of their children being educated by homosexuals, fornicators, and defiant “haters of God.” What a teacher writes on the blackboard of life can never be erased. Who is writing on your child’s blackboard?

I just want to share with you some thoughts from men far wiser than me. Ponder the depth of their insight and compare it to the average “man of the cloth” heading up todays religious. corporations.

“The teachings of the Bible are so interwoven and entwined with our whole civic and social life that it would be literally impossible for us to figure to ourselves what that life would be if these teaching were removed.” To educate a person in the mind but not in morals is to educate a menace to society.” -Teddy Roosevelt

“Our Constitution was made only for a moral and religious people. It is wholly inadequate to the government of any other.” -John Adams

“Let the children who are sent to those schools be taught to read and write and above all, let both sexes be carefully instructed in the principles and obligations of the Christian religion. This is the most essential part of education.” -Benjamin Rush

“What students would learn in American schools above all is the religion of Jesus Christ.” -George Washington.

“To the kindly influence of Christianity we owe that degree of civil freedom, and political and social happiness which mankind now enjoys. . . . Whenever the pillars of Christianity shall be overthrown, our present republican forms of government, and all blessings which flow from them, must fall with them.” -Jedediah Morse Founding Father

“The battle for humankind’s future must be waged and won in the public school classroom by teachers who correctly perceive their role as the proselytizers of a new faith: A religion of humanity — utilizing a classroom instead of a pulpit to carry humanist values into wherever they teach. The classroom must and will become an arena of conflict between the old and the new — the rotting corpse of Christianity, together with its adjacent evils and misery, and the new faith of humanism.” -John Dunphy The Humanist 1983 p 26.

Yet, our “public” schools teach that man evolved from apes, that government can outlaw God, that there is no absolute right and wrong, and that the Bible is a book of fables.

Shouldn’t our “public” schools reflect the values of the public? Does your school teach the same values as your church? Why would you pay someone to teach your children things that you don’t even believe?

Turn the heat up on your pastor. Demand he defend the flock….that he guard the children with the same zeal that he guards his pulpit. Tell him to put down his “Vote Yes for Schools” sign.

Here are the facts. Ninety-four percent of homeschooled children maintain their faith into adulthood. Over ninety percent of Christians send their children to “public” schools. Statistics show that upwards of eighty five percent of Christian children leave the faith before the age of thirty. Hmmm….wonder what the cause and effect might be?

Lo, children are an heritage of the LORD: and the fruit of the womb is his reward. As arrows are in the hand of a mighty man; so are children of the youth. Happy is the man that hath his quiver full of them: they shall not be ashamed, but they shall speak with the enemies in the gate.

We send our “arrows” to Caesar for their training. Why are we surprised when Caesar shoots the arrows back at us? Public schools aren’t public. Caesar owns them. Pastors are Caesar’s cheerleaders.

Do you think like a Christian or a humanist? Did the Founders really separate Church and State? Is Judicial tyranny ruining America? Check out these great teachings by the Coach.

Today’s Christianty – Nothing More Than Feelings 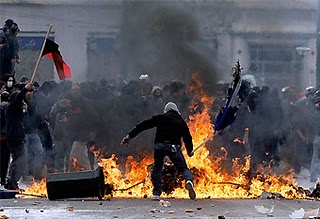 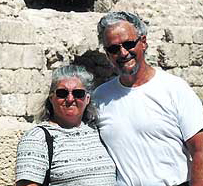