By examining Daniel 9:26-27 we can learn that the Antichrist, a leader of Roman descent, is going to confirm (or make strong) a seven-year covenant between Israel and others “with many”. Bearing this in mind, consider the following.

It is being reported by a number of reputable news sources that the international Quartet of Russia, the European Union, the United Nations and the United States may recognize a Palestinian state with east Jerusalem as its capital if Israeli Prime Minister Benjamin Netanyahu fails to present a new peace plan soon.

While it is unknown if any such action would lead to fulfillment of Daniel’s prophecy at this juncture in God’s prophetic plan, this latest development is worth noting because within it we see that the spirit of Antichrist is gaining power in our world today. Even before the rise of the prophesied Antichrist himself, global power brokers are, perhaps unwittingly, jeopardizing the state of Israel’s survival in a manner which plays directly into the hands of those seeking Israel’s destruction, but not to worry.

When I read of these things I am reminded that the Lord isn’t blind to what is taking place but has foreseen these events and those yet to come. Not only that, He has foretold what will become of those who try and divide the lands which He has given the descendants of Abraham as an everlasting possession. (Genesis 17:7)

In the prophetic future, the entire global community will ultimately and cruelly attempt to force its will upon Israel under the leadership of Antichrist, but Israel will prevail and our Lord will prove Himself mighty.

Joel 3:2: I will also gather all nations, and will bring them down into the valley of Jehoshaphat, and will plead with them there for my people and [for] my heritage Israel, whom they have scattered among the nations, and parted my land.

Joel 3:16: The LORD also shall roar out of Zion, and utter his voice from Jerusalem; and the heavens and the earth shall shake: but the LORD [will be] the hope of his people, and the strength of the children of Israel.

Through the news of our world today we can see that the powers that be are plotting against Israel, hoping in vain that resolution of the Israeli-Palestinian conflict will somehow make our troubled world a better place. Little do they know they are only making matters worse, hastening the advent of the prophesied Antichrist and leading the world toward Armageddon. 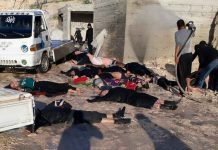