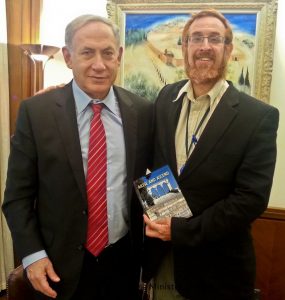 How did Glick get there and what does his rise to prominence mean for the future rebuilding of the Temple?

Yehudah Glick and his peers from the Temple Movement have for years been regarded as insignificant fringe elements of Israeli society with only limited influence. All this changed dramatically on October 29, 2014 when a terrorist targeted and sought to murder Yehudah Glick.

Rushed to hospital with four bullet wounds to the chest, it looked like the end for Rabbi Glick and the loss of one of the best spokespeople for the Temple Mount movement. However – in what doctors described as a miracle – none of the bullets hit any vital organs.

One bullet hit his spine without touching the spinal cord, while another bullet went through his neck passing within millimetres of a major artery. Within one month and after nine surgeries, a pale-looking Yehudah Glick was able to leave the hospital, giving thanks to ‘God who raises the dead’.

The assassination attempt and the subsequent dramatic recovery catapulted Yehudah Glick into the national spotlight, making him a household name and breathing new impetus into the Temple Mount Movement. His assassination attempt and subsequent recovery spawned the birth of several new organisations devoted to Jewish prayer rights on the Temple Mount.

Yehudah Glick is no novice to politics. His resume includes a 10 year stint as a spokesman in the Immigration and Transport Departments. He has also in recent years worked closely with several Members of Parliament to promote the rights of Jews to pray on the Temple Mount.

At the time, most pundits expected Netanyahu’s Likud party to barely win 20 seats. Asked by the Israeli press if he would run for a more realistic place on the ballot papers, Glick explained that his wife had vetoed the decision and that he was content to stay outside of Parliament and to have a merely symbolic listing on the ballot papers.

While Glick may not have planned to enter the Parliament, the surprising and sweeping victory of Netanyahu in the elections brought about a change of plans as an unexpected total of 30 Likud candidates entered the Knesset.

During the past year, there have been several resignations from Netanyahu’s party – and the fall out of last week’s coalition changes included one more high profile resignation – paving the way for the very unlikely Yehudah Glick to join the Knesset . The rise of Yehudah Glick from the brink of death to the national spotlight, and now to the Israeli parliament is truly breathtaking. It would seem that God has had a hand in the unlikely turn of events that has seen this man survive such an ordeal and now be given an increasing influence in the nation of Israel.

Slow and Steady Progress Towards The Temple

While Yehudah Glick’s entry into the Knesset may excite many Bible Prophecy observers, it does not necessarily point to a speedy rebuilding of the Temple in the near future.

If he stays true to form, Rabbi Glick will not be advocating publically for an imminent rebuilding of the Temple. He has in addition vowed not to re-visit the Temple Mount while serving as a member of the Knesset in honour of Netanyahu’s ban on such visits for MK’s.  But on the other hand, he has affirmed that he will continue to campaign for equal prayer rights for Jews on the Temple Mount.

Those who wish to see speedy action towards a possible rebuilding of the Temple may well find themselves disappointed in Glick’s approach.

Rabbi Glick and the Temple Institute have for years recognised the impossible political situation concerning the rebuilding of the Temple on the Temple Mount.

Given the strong opposition by most orthodox Jews – and the threat of an Islamic World erupting in unparalleled levels of violence – Rabbi Glick and the Temple Institute have found it wiser to take a slow and steady approach to changing the status quo.

According to their web site, the stated goal of the Temple Institute for now is to “rekindle the flame of the Holy Temple in the hearts of mankind”. In the same spirit, Yehudah Glick has since 2009 shifted away from public calls to rebuild the Temple and has instead focussed his public activism on equal Jewish prayer rights on the Temple Mount.

This move has helped secure broader religious support for his movement and has already helped rekindle a flame in many hearts for the Temple. Yehudah’s shift of focus appears to have paid off as the number of Jewish visitors to the Temple Mount has doubled since 2009.

Asked recently about the likelihood of equal prayer rights for Jews on the Temple Mount, Yehudah exclaimed “Whether it’s in two years, five years or 10 years from today, I don’t know. I have patience”.

A Sudden Green Light to Rebuild the Temple?

While Rabbi Glick and the Temple Institute both take a slow and steady approach, they none-the-less have their eye on the big picture and are awaiting the right moment to rebuild the Temple.

In the words of the Temple Institute, their long term goal “is to do all in our limited power to bring about the building of the Holy Temple in our time”. As such, they are doing everything possible to be ready for the day when permission is granted.

They are recreating and preparing vessels of the Temple for actual use and are training priests in the complex ancient temple sacrifices and rituals.

In addition, in a recently announced project, they are seeking to use advanced technology to secure the birth of a perfect red heifer which is required for purification prior to the resumption of the Temple Service.

It is certain that Yehudah Glick who has devoted much of his life to the Temple Mount still shares the same vision and has a deep longing for the day when the Temple can be rebuilt.

Just as the Temple Institute is standing increasingly ready for the day when the go-ahead to rebuild is given, so Rabbi Glick is finding himself in an ever more favourable position to act when that day comes.

Rebuilding the Temple may seem impossible right now, yet many Bible teachers see it playing a prominent role in the End Times. If this is so, then we can expect there to come a dramatic change sooner or later which will bring about the necessary favourable environment for the rebuilding of the Temple.

Just as Yehudah Glick has had an unexpected and rapid rise to power, could it be that there are more unexpected changes lying ahead in the near future that will set the stage for the building of the Third Temple? Watch this space! 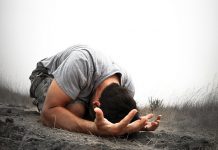 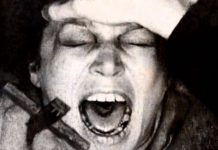 11 Points Of Comparison Between Life In The United States And… 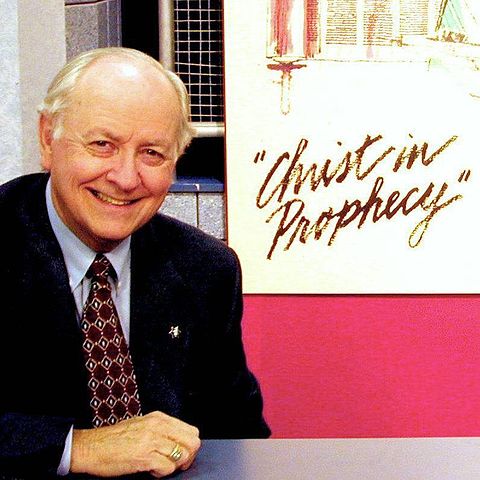 Are The Blood Moons a Legitimate End Times Sign? 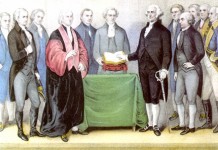