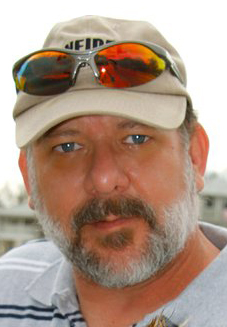 I was born May 9, 1961. I attended a private Christian school from 5th grade through high school. I have known the Lord all my life, but only started really serving Him 110% about 1993. I have been into Bible prophecy much of my Christian walk. I now live in Texas with my wife Tracye and our 4 children.

One day while I was visiting my best friend in Montana, he told me about what was going on in the world and that our time here is short. At first I blew him off and said “Yeah right, Rapture and the Mark of the Beast.” Tim told me to check it out for myself. So, as a good Berean would, I started digging into the Word and watching the news. Pieces of the puzzle started to come together. Israel a nation… Russia… the EU… smart cards… bio-chips… on and on it went. All this time Tim and I were sending e-mail back and forth keeping each other abreast of any news we found out. A little time later more people joined our e-mail list. And that is how Prophezine came about. Ever since that time I have had a sense of urgency about spreading the Gospel— telling people about the Good News that our Lord is returning soon.

I started publishing Prophezine about 1993 and the Lord has really been blessing me and this work. The web site is an extension of the Prophezine newsletter ministry.

One the main reasons I published Prophezine was to let people see that Bible prophecy is coming to pass and things that are spoken about in the Bible are true. Many people are not interested in “listening about Jesus,” but when you begin to tell them about what is going to happen in the future, they are all ears. The Lord has opened many doors this way, allowing me to spread the Good News about our Lord and Savior.

Another reason I published Prophezine is because there are many Christians out there who have fallen asleep and/or forgotten their first love just as I had.

I believe that other Christians need to experience what happened to me a few years ago. That is why I go to great extents to show different stories and web sites as proof that prophecy is coming to pass— the “Shock Treatment.” At least that is how it felt to me when my friend and I spoke that first time. A little voice inside my head said” HEY! Wake up and smell the coffee, Ray!” So, in sharing Prophezine with you, I do not mean to frighten you but to inform you of crucial truth.

As many of you know, in 1998 there were numerous changes in my life. I decided that it was time to pursue other interests and passed the mantle on to Bob Lally. Bob was Owner/Webmaster from Sept. 1996 to the Spring of 2002, when the mantle was passed to John Terry.

Now I have come full circle. John Terry returned the mantle of resposibility back over to me in the spring of 2005 and serve as the Executive Director of Prophezine along with my wife Tracye, we are excited to be back and ready to serve.

I hope you enjoy Propheaine. Please print the newsletter and share it with your friends, family, and fellow church members. If you have any doctrinal questions, please see the Propheaine Statement of Faith. We constantly are looking for new articles for the newsletter, so we’d welcome any articles you may have written. If the Spirit moves you, please put pen to paper. This is basically a site to share such information.

I pray that our Lord continues blessing you and your loved ones, until we meet together in the clouds with our Lord.

We Are Family, We Need To ObeyHe Rides A Black HorseYou Fear Mongering – Post Tribber – Survivalist11  Things You Need To Get Now

The Mystery of RoshHow I Belive The Dollar Will Die

NEW BRAUNFELS, Texas — A 46-year-old man has been arrested in connection with a violent stabbing at a New Braunfels Wal-Mart. Police have charged Juan Leandro Villareal with aggravated robbery, a first-degree elony.  New Braunfels police said Villareal stabbed a 64-year-old woman several times at the store’s pking lot around 11 a.m. Sunday. Read the Full StoryEgypt and The Last Days Prophecy’s

NEW BRAUNFELS, Texas — A 46-year-old man has been arrested in connection with a violent stabbing at a New Braunfels Wal-Mart. Police have charged Juan Leandro Villareal with aggravated robbery, a first-degree felony.  New Braunfels police said Villareal stabbed a 64-year-old woman several times at the store’s parking lot around 11 a.m. Sunday. Read the Full StorEgypt and The Last Days Prophecy’s

What Happens When We Die? By Jack Kinsella 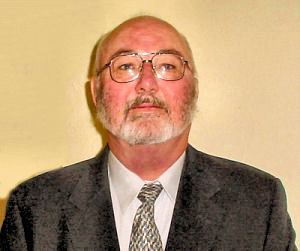