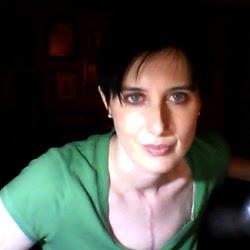 According to many gays, Jesus was Himself gay. Blasphemy? You bet!

Righteous indignation is hard to control. Anger at those who are ignorant of the Scriptures and who blaspheme the name of the Lord is very hard to keep under wraps, especially for a hot-head like myself. I tend to lip off, say things without thinking. It always gets me in trouble. The tongue is called a “fire” for a reason. It does the most damage with the least amount of effort. In a flash, the tongue can cause irreparable harm. Once the damage is done, there is no putting out the flames of destruction. Repairing the damage from what one has said to another in anger is almost impossible.

Yesterday, I encountered a post that I believe to be one-hundred percent true. The article is entitled “Saved From Homosexuality. There is No Such Thing As A Gay Christian.” This is a nonnegotiable aspect of the Christian faith. I applaud the author for having the courage to write it in a world that has completely caved to the gay agenda. Also, to a church that has accepted homosexuality as a legitimate lifestyle, defying scripture, and sanctioning sin. To do so is and will be the death of the church. Accepting homosexuality is an affront to the Gospel of Jesus Christ. It cannot be accepted. Calling someone a “gay Christian” is an oxymoron of outrageous proportions.

But in today’s world, people lash out at anyone who would dare suggest such a thing. To call being homosexual unacceptable is akin to “racism” today. Satan’s spawn by way of the homosexual agenda has so infiltrated the culture that to even suggest that being gay is a perversion is to incite violence and rage.

I shared the post on my Facebook page and received some remarks that definitely incited my own anger. One person in particular outraged me. Knowing that the person is an atheist and always offensive, I knew that his comments would be extreme. But yesterday, he crossed the line when he wrote that “Jesus was gay. The evidence that Jesus was gay is just shy of having actual pictures of him naked with John the Baptist.” He went on and on, naturally using the Scripture, “Judge not, lest you be judged” completely out of context. Non-Christians and Christians alike use the Scriptures to imply that the person saying that there is no such thing as a gay Christian is judging everyone. It’s the cop-out that will never die.

But his writing “Jesus was gay” really made me angry. He didn’t read the article, just the headline. If he had read the article he would have seen that the young man in the article had lived the gay lifestyle and grew up believing he was born gay. He was writing as someone who had struggled with the SIN of homosexuality. One who lived it and came to the realization that it is not compatible with Christianity, just as Islam is not compatible with Christianity. Oil and water do not mix.

The church has dumbed down the gospel in all aspects. That is why we are in such pitiful condition. Watching everything crumble is difficult and maddening. The truth is so clear. Knowing my own weaknesses and tendency to erupt in anger, holding back is all the more difficult. Too, in today’s last days climate, dealing with atheists and unbelievers is more difficult than ever. They lash out and as Christians, and as a Christian, you want to set them straight. To blaspheme the name of Christ in this way is offensive. The mere implication that “Jesus was gay” is an affront to everything about true Christianity.

So how to respond without making oneself stoop to the level of a non-believer? This is the hardest thing to do. Very rarely do I seem to get it right. My mind races and my tongue spews before rationale can intercede. Anger is a dangerous thing. For a Christian it can be the worst because you taint your witness when you speak before tempering the tongue.

I came across an Adrian Rogers piece that spoke to me. Rogers passed away in 2005, but it’s relevant in its title “How Should I Deal With My Anger?” I know there are so many verses about anger, and dealing with it. But sometimes practical steps really help. First, confess your anger. This is the hardest part for me personally. It is much easier to just pin it all up inside and then explode. When receiving Jesus Christ, we confess our sins, so confessing our anger out-loud makes the most logical sense. Confession comes through the tongue, just as anger often showcases itself through words.

Next he says to consider your anger, the source of it. This way you can take a step back and contemplate the source without reacting in anger first. Naturally, this is much easier said than done. Anger is visceral and personal, hitting as close to the core as any other emotion. It’s the most reactionary emotion.

(Psalm 32:8) “I will instruct thee and teach thee in the way which thou shalt go: I will guide thee with Mine eye.”

(Romans 12:2) “And be not conformed to this world: but be ye transformed by the renewing of your mind, that ye may prove what is that good, and acceptable, and perfect, will of God.”

Be not conformed to this world is the essence of what we as Christians strive for. Knowing that Christ’s kingdom is not of this world, and that we are not to be of the world, makes sense when processing it, but living it is altogether different. The sin nature is always there. No one loses the sin nature in conversion but seeks to tame it. Needless to say it is a painful work in progress that is truly never finished.

But when confronted with non-believers who seek to blaspheme the name of God, hold to the truth. In my reply to the man who dared say “Jesus was gay” I tried to temper my response. I don’t know if I responded correctly, but I wanted to call him out for it. I simply said “Seriously?” Then I went on to say that yes we have free will, but the consequences of choosing to live a gay lifestyle are dire, the heaviest. Meaning, this is the choice between Heaven and Hell.

I don’t know if I responded in the best manner, since I rarely do. But I do know that when dealing with a militant atheist, they often do not want to hear anything a Christian has to say. They mean to toy with you, and to force a Christian into saying something you’ll regret. I’ve been there numerous times already. The truth is irrefutable. We are all sinners, but there is no such thing as a “Gay Christian.” The idea that someone is born that was is a lie. Everyone is born into sin, and that is why we need a Savior.

The blood of Jesus Christ does not keep us from sinning. Responding to someone in anger is always a trap. The tongue slices, but we still must keep going. Proclaim the truth, knowing that people will react in negative ways. Let them, for the Gospel of Christ is offensive to men. In these last days, the powers of Satan are unleashing in ways never seen before. As Christians we have a target on our backs. We must be ready to confront the enemy to the bitter end.

What Does the Lord Have for America?