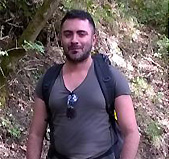 One of the most heated topics among preppers has to be whether or not one should bug in or out in case of a disaster. Plenty of arguments on both sides and, although we know this largely depends on one’s unique situation, we still tend to think one is better than the other and do everything to prove others that they’re wrong.

Not me, though. After thinking long and hard about it, I came to the conclusion that focusing on just one is a bad idea. There’s just no way of knowing what type of disaster will hit because there’s so many of them and so many other factors that influence this decision. What I want to do in this article is give you my arguments and show you my reasoning to prep for both, as well as to help you figure out which one you should start with. And I’m going to do this… by asking you questions.

Why do most preppers want to bug in?

I think there are two reasons for their decision. One is that it’s more likely they’ll have to face smaller-scale disasters. This make sense because some already live in the burbs or in small towns and already have a big house, a garden, solar panels and so on. But most people starting out don’t have all these things. This is why bugging out should be their primary concern unless they’re willing to relocate.

The other component is that bugging in is definitely easier. Most of the effort is put into building a stockpile of food, water, medicine, tools and gear. When it finally hits, you can just hide inside your home, you don’t have to risk your life bugging out.

Indeed, bugging out will be dangerous even if you’re in good shape and have a fantastic bug out bag. From other people trying to harm you to getting stuck in a refugee camp or even in traffic along with thousands of other drivers.

Bottom line: if you’ve already done a lot of things for your bug-in, it’s time to focus on bugging out.

What are your skills?

One important factor to consider before deciding is your set of skills. You have to know what you’re good at so you can improve on that and become really good. You’ll also what to know what you’re not good at to at least get passable at it. You’ll not only become a ninja when it comes to either bugging in or out but you’ll also be able to barter your skills in a post-collapse world because nobody will do it better than you.

Some of the skills required for bugging in are gardening, plumbing, home repairs, woodworking, farming, taking care of animals. As for bugging out, I have to put physical condition at the top of the list (because you need flexibility, endurance, strength), being a good driver, camping in the wilderness, and, of course, some bushcraft skills.

Bottom line: if you’re not in good shape, focus more on bugging in but start doing some exercises.

What I mean is, bugging in or out depends on whether you live in:

Everyone falls into one of these categories. Obviously, before you think about bugging in or out, you should first consider relocating from where you are to a place more suitable for bugging in.

I’m not saying you should leave everything behind to go live on a farm, but you can at least consider the possibility of moving out from the city into a safe neighborhood in the suburbs. If that’s not an option, let’s see whether you should primarily focus on bugging in our out, depending on your location.

First off, living in any kind of apartment means you can’t sustain yourself for long periods of time. If it’s big enough, you will be able to stockpile a bit more, maybe even able to grow some indoor plants. If you have a terrace, you can even set up a small vertical garden and even a small system to harvest rainwater.

This might be enough if you live alone but if your family has 3 or 4 members, you should definitely make plans to bug out. Finding the right bug out location is a big investment and takes time but it’s much safer than betting all your lives on a one 3 week stockpile. A catastrophe can last for months or even years it may take years for things to go back to normal.

Now, if you already have an entire house and garden at your disposal, you should be fine, though I highly recommend you reinforce both from every possible angle against home invasions. People might take notice of your garden and your supplies and might try to steal them.

Bottom line: living in any kind of apartment means you need to have a solid bug out plan.

Do you actually have a place to bug out to?

If need be, any location that can keep you safe overnight or even for a few hours can be considered a BOL, though a temporary one. Still, when bugging out, you need an actual retreat for the long term, one with a roof over our heads and a bed for the night. You need a place to get away from it all, from all the madness, whether it’s social unrest or a virus or a hurricane.

If you don’t have a place to go to, your only option is to prepare for many nights outside, and that usually means having a properly equipped bug out vehicle, an INCH bag and some serious bushcraft skills.

Bottom line: I would include the search for a bug out location as part of my bug out plans. The alternative would be to sell your apartment and get a house in the burbs or even in a nearby town.

How old are you?

Many preppers are over 60 and, although some are physically active, they may not be able to handle a bug out of than 24 hours in duration. It may seem like a walk in the park because that’s how mainstream media portrays it but, if we look at how the Middle Eastern refugees got to Europe from Syria, Afghanistan and North Africa to Europe, we see how dangerous it can be. They had to cross the Mediterranean using nothing but a small boat, many of them died, there were numerous conflicts within the groups.

Ok, so you may not have to cross a large body of water but walking for hundreds of miles is going to be a huge challenge. If age is an issue, consider bugging in as your main option and let the other be your plan B. Again, I truly believe you should prep for both scenarios, but feel free to focus on the one you believe is most likely to help you.

I think we can all agree that, unless you live in a tiny apartment with no room for a stockpile, bugging in should be your primary option. However, bugging out should also be taken into consideration, for scenarios such as a nuclear meltdown, having no supplies and means to acquire food and water, a house fire, war and so on.

My main concern is that people tend to overlook bug out scenarios because they’re not only more challenging, but also harder to think about. If you too feel you’re procrastinating, I suggest you spend a whole month focusing exclusively on bugging out. This will get you out of your comfort zone enough to make some serious progress, and then you can move on to some other aspect of prepping.

Dan Sullivan is one of those balanced preppers who also likes to enjoy life. There’s no point in living in fear as long as you’re better prepared than 90% of the people around you. His preps has little to do with bunkers or hoarding all the toilet paper you can buy, and more with being in shape, aware of what’s happening and having survival plan to cover every possible disaster scenario. Visit his blog at www.SurvivalSullivan.com for more info. 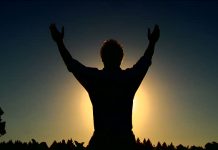 How To Deal With The Anxiety That Life Creates