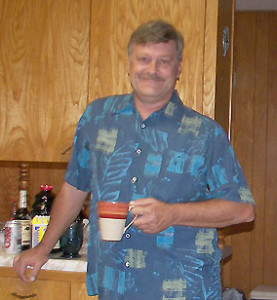 One of the most difficult doctrines of Christianity, even for mature believers, is the doctrine of the Holy Trinity. It is even more confusing for Jews and Muslims. Indeed, non-Christians not only find it confusing, but many find it offensive.

To the Muslim, Christians are polytheists. They see the doctrine of the Holy Trinity as the equivalent to the worship of three different Gods. And trying to explain the Trinity as One God in Three Persons is like trying to describe the color red to someone blind from birth.

As with any Bible doctrine, there are those who have made it their life’s work to disprove it.

One argument often advanced is that the Trinity doctrine was unknown to the early church and was invented sometime around the 4th century.

“For there are Three that bear record in heaven, the Father, the Word, and the Holy Ghost: and these Three are One.” (1st John 5:7)

Hmmm. To get around this problem, those who dispute the Biblical authority of the Trinity say 1st John 5:7-8 ‘were not found in any old Greek manuscript’.

Why is that significant? By the 4th century, the Vatican had suppressed the reading of Scriptures by laymen. Bibles were chained to pulpits to keep ordinary people from making off with them and worse, reading them. This suppression of the Scriptures is the reason historians refer to this period of history as the ‘Dark Ages’.

Since none of these doctrines are found in Scripture, it became necessary to suppress the Scriptures to maintain the power. So, we find, using a 4th century Vatican manuscript, that Acts 8:37 has been removed from the canon.

Why? Phillip, having preached to the Ethiopian eunuch about Jesus and the necessity for salvation and baptism, was traveling with him when the eunuch exclaimed,

Look closely at the question. “What hinders my being baptized?” That is a major question — particularly when compared with the Vatican practice of infant baptism. The answer is contained in the next verse, (which was conveniently omitted from the Vatican’s copy.)

“And Philip said, If thou believest with all thine heart, thou mayest. And he answered and said, I believe that Jesus Christ is the Son of God.” (Acts 8:37)

That verse utterly demolishes the doctrine of infant baptism. In context, what hinders a person from being baptized is that the person must first believe ‘with all thine heart’ that ‘Jesus Christ is the Son of God.’ That is the Scriptural prerequisite for baptism — and an impossible feat for an infant to accomplish.

So the Vatican simply removed it as inconvenient.

The argument against 1st John 5:7 as being a ‘late addition’ is equally suspect. And historically inaccurate. The doctrine of the Trinity was firmly established by early Church Fathers well before the 4th century.

“Our teacher of these things is Jesus Christ, who also was born for this purpose, and was crucified under Pontius Pilate, procurator of Judaea, in the times of Tiberius Caesar; and that we reasonably worship Him, having learned that He is the Son of the true God Himself, and holding Him in the second place, and the prophetic Spirit in the third, we will prove.”

Polycarp (AD 157) wrote of the Trinity, as did Irenaeus in his seminal work, “Against Heresies.”

“[T]he statements made regarding Father, Son, and Holy Spirit are to be understood as transcending all time, all ages, and all eternity. For it is the Trinity alone which exceeds the comprehension not only of temporal but even of eternal intelligence; while other things which are not included in it are to be measured by times and ages.”

Clearly, the early Church Fathers were working from the earliest Greek manuscripts when they penned their 1st century commentaries. And just as clearly, they were united in their belief in the doctrine of the Trinity.

But that doesn’t really explain exactly how God can co-exist in three Persons, distinct from one another, while remaining one God.

The Bible presents each Member of the Trinity as having a distinct ministry insofar as man is concerned. God the Father sits on the Throne of Heaven as the One Who holds the universe together.

In this light, it is interesting that, although science can split the atom, it cannot explain what holds it together in the first place.

Whatever holds it together also contains its energy. It is the splitting of a single atom that releases the explosive power of the atom bomb. In His capacity as God the Father, He is the Force that binds the atom. If God forgot me for one second, I would be a radioactive crater the size of Manhattan.

The Bible tells us that the Second Person in the Godhead, Jesus Christ, is the Creator of the universe and everything in it. John 1:1-3 reveals of Jesus that,

“All things were made by Him; and without Him was not any thing made that was made.”

Jesus is also the Savior of the world. He created it, He justified it by His blood, and He will judge the world according to His Word.

The Third Person in the Godhead is the Holy Spirit. The Holy Spirit’s ministry is to bear witness with our spirits that we are the children of God. He is our source of spiritual power and authority and it is through His indwelling presence that He guides and leads us into all truth as we journey through this life.

But all three are One. It is still very confusing. Let me try an admittedly imperfect analogy.

I am but one man. However, while being just one man, I am also a father, a husband and a friend.

To my wife, I am husband and spouse. That relationship is also unique. Gayle can expect different things from me than my children can.

I am husband, father, and friend, but I am just one man. However, my wife, my children and my friends all know a different person.

As I noted, it is an imperfect analogy, but it does help (for me, at least) to get my head around the concept of One God in Three Persons, while remaining One God.

As we approach the end of this age, basic Christian doctrines are under attack like no time in living memory. As watchmen on the wall, it is our job to know;

“In whom ye also trusted, after that ye heard the Word of truth, the Gospel of your salvation: in Whom also after that ye believed, ye were sealed with that Holy Spirit of promise. Which is the earnest of our inheritance until the redemption of the purchased possession, unto the praise of His glory.” (Ephesians 1:13-14)

The time is short, the Gospel is under attack from all sides, and the arguments grow more sophisticated as the enemy steps up his activities,

We are admonished to;

“Study to shew thyself approved unto God, a workman that needeth not to be ashamed, rightly dividing the word of truth.” (2nd Timothy 2:15)

We are the watchmen on the wall for the last days, and with that title comes an awesome responsibility.

“For the which cause I also suffer these things: nevertheless I am not ashamed: for I know Whom I have believed, and am persuaded that He is able to keep that which I have committed unto Him against that day.” (2nd Timothy 1:12)

This Letter was written by Jack Kinsella on November 16, 2005

How Do I Know I am Saved / Born Again?

This Great Land of Ours

How To Survive Martial Law