By Bill Wilson
The Trump Presidency is taking shape with cabinet appointments and transition team assignments. These are the things each new Administration must do as they prepare for office. But this time it’s different. The stock markets have gained record amounts, saying they are moving away from the interest rate-based standard of recent years to an earnings based standard; companies that had planned to move their business overseas are deciding to keep their jobs in America; and foreign countries are being put on notice that things are not going to be their globalist norm. Globalist leftists are crying foul already and fear the worst. We as Americans need to reset our thinking after 20-plus years of America in decline.
Last week, the New York Times wrote a story about Donald Trump’s unorthodoxy on foreign policy. The story was essentially a lot of hand-wringing that Trump was going to upset the balance of foreign policy by making extremely stupid diplomatic mistakes. The story was pointing out that Trump had called or had talked to a list of diplomats that were out of order of the normal protocol. They were also really bent out of shape that Trump had received a call from the President of Taiwan, which sent a signal to China that the US may be recognizing Taiwan as the true China-a real “no-no” in US-Chinese relations. The Times insinuated Trump was dangerously ignorant.
It caught the attention of the Chinese, warning they hoped Trump’s remarks didn’t interfere with trade relations. Trump fired back saying China could face stiff tariffs if it didn’t quit manipulating its currency to gain trade advantages. Tuesday, Trump texted, “Boeing is building a brand new 747 Air Force One for future presidents, but costs are out of control, more than $4 billion. Cancel order!.” He was referring to Boeing running the costs up on a new Air Force One and that Boeing was “doing a little bit of a number.” So whether it is China or Boeing playing the US as a weak kneed negotiator, Trump is pushing back on behalf of the American citizen’s. The media and democrats are aghast that Trump will ruin everything.
Americans need to get acclimated once again to American exceptionalism. The cozy relationships that liberals masquerading as Republicans and communists in the Democratic Party have created over the past 27 years are being shaken even before Trump takes office. This half a generation of globalism and getting along at your expense put our nation in decline. This new normal will be a shock to many and those in power are saying Trump is foolish and are mocking him. Let us remember 1 Corinthians 1:27, which says, “But God has chosen the foolish things of the world to confound the wise.” Let us also remember not to put our trust in political solutions-Let’s keep our eyes, hearts and prayers fixed on Jesus. 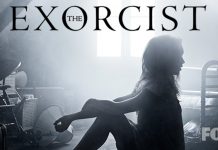 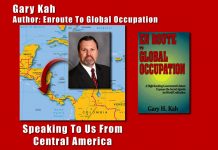 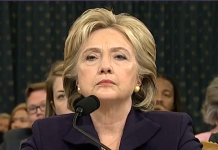 If Hillary Wins… We Will Need Christians With Great Courage

Why Does Pastor Rick Warren Need to be a Member of… 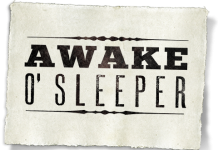 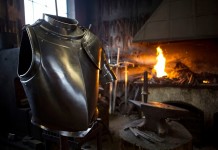