It’s all about power to change

Though David Rockefeller admits to being part of an elite group of people who have only their interests at heart, people still refuse to acknowledge that the group Rockefeller is part of is the Global Elite (GE). Their heads are effectively in the sand.

If you have not read Rockefeller’s book titled, “Memoirs” (2002), you should. It’s a veritable goldmine of information and admissions by the industrialist. As merely one example, on page 405, Rockefeller is quoted as saying:

Some even believe we [Rockefeller family] are part of a secret cabal working against the best interests of the United States, characterizing my family and me as ‘internationalists’ and of conspiring with others around the world to build a more integrated global political and economic structure – One World, if you will.If that’s the charge, I stand guilty, and I am proud of it.

But what does he really mean, some might ask? Maybe this additional quote will shed some light. Rockefeller made these statements to the Trilateral Commission, a group which he created.

We are grateful to The Washington Post, The New York Times, Time Magazine and other great publications whose directors have attended our meetings and respected their promises of discretion for almost forty years. It would have been impossible for us to develop our plan for the world if we had been subject to the bright lights of publicity during those years. But, the work is now much more sophisticated and prepared to march towards a World Government.The supranational sovereignty of an intellectual elite and world bankers is surely preferable to the national auto-determination practiced in past centuries.

Here, Rockefeller admits that without the support of magazines and newspapers, Rockefeller’s group would not have been able to accomplish much. How did these journalistic towers of integrity help? By simply not publicizing either the meetings or the content of them.

But probably the most important thing to remember is that these few quotes are simply that – individual quotes from a book written by Rockefeller. Could these quotes be taken out of context? Yes, they could, which is why it is incumbent upon each individual to do their own research.

People can start by purchasing their own copy of “Memoirs” and read it themselves. In fact, the entire chapter where the quotes are taken from deal with the fact that Rockefeller brags about being an internationalist, not an American.

If Rockefeller has his way (along with the rest of those involved in groups like the Bilderbergers), we are provided a reason for why the world has been changing so diametrically, compared to what it was like just a few generations ago. The push to change the face of American society came to the surface in the late 1950s and early 1960s. The change was so dramatic and overwhelming, that it was very difficult to stand against it. Those who did were run over. For the average person living during those times as a young adult, it was difficult to know what was good and what was bad. Too often, the groundswell within society made the decision and too many people simply gave into the changes that were being made at the time.

For generations, the GE have been working to change society. Much of it has been done in the shadows. However, the 1960s became the point at which this same GE believed that the time was right to bring everything above the surface, so they did.

Because of the dramatic changes that resulted in society because of the events of the 1960s, this actually gave the GE greater cover to continue their efforts to change society. It became “hiding in plain sight” with the events themselves providing cover.

Since that time, as H. G. Wells wrote, secret things have become part of the “open society” so that even though things are seen, people still refuse to believe that they occur due to some form of surreptitious behavior by the elite. Anyone who sees an event and questions the validity of it is seen as loony or as a “terrorist” who simply wants the government overthrown.

Even though we have people like David Rockefeller telling us what they have been involved in and what the main objectives are for America and the world, people refuse to believe it. People have even gathered on forums in attempts to debunk quotes from Rockefeller.

For many, their minds cannot wrap around the fact that because David Rockefeller admits to being an internationalist with no loyalty to the United States, he would also do what he could to bring down America if it meant greater things for his own industrial empire. People do not want to believe something like that. They believe it is reminiscent of believing that the world is flat and therefore, it’s absurd.

These people will be shocked one day to find that industrialists like Rockefeller have been doing all they can to prop themselves up at the expense of the sovereignty of many countries, including America. Their loyalty is to themselves only.

The Bible tells us a one-world system (government, religion) is coming. That makes Rockefeller’s efforts even more believable.

What is on the horizon is something that God is allowing in order to glorify Himself. He and He alone will take down this coming world empire.

Don’t fall for the lies. Wake up to the truth. 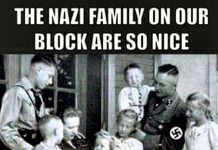 Obamacare and The Mark of The Beast?