Trump is not a pastor or a moral reformer.  Trump is a foot in the door—a stay of execution.  He is an act of God to buy the church time to repent and return to her rightful role in American life.

Something worse than Obama looms.  Something indescribably bad can take over for the agony we have just left.  It will be more hellish than Hillary.  You can already see the evil forming.

Meanwhile, American Christians claim Trump is a miracle like King Cyrus.  In 536 B.C. God moved King Cyrus to fulfill the prophecy of Jeremiah who said that after 70 years the Jews would be sent home from bondage in Babylon.  Cyrus even provided resources to help rebuild Israel.

If history is repeating itself, we had better remember what happened next.  The restoration of Israel faced multiple warheads:

Pagan tribes:  The pagan tribes who settled in Israel set a sophisticated trap for the returning Jews.  At first, they acted like they wanted to help.  Instead, they hampered the work.  When that failed, they launched terror attacks.

Political backlash:  After Cyrus, the enemies of Israel lied to King Artaxerxes, accusing Israel of preparing for war, so the king stopped the work.

Morally corrupted Jews:  Many Jews wanted to stay in Babylon.  Some who came back to Israel were half-hearted in their mission to restore the nation.  Those who were left behind during the 70 years became pagans.  They knew nothing about Scripture or the laws of God.

If not for the astonishing endurance of a handful of priests, prophets, and one notable cupbearer, Israel would have remained in ruins.  (Read Ezra, Nehemiah and Haggai).  It took nearly 80 years after the king’s decree before the Temple and the wall were finished.

Let me let you in on a secret: we can’t wait 80 years—we don’t have 80 years.  Unlike Israel, this is our last chance.  If we do not learn from history—America will never be restored.  If we blow this…expect disaster.

The Christians who want to make America morally great again face significant headwinds and don’t realize it. Here are the threats:

-The left is staging a massive retaliation. A nefarious coalition of universities, billionaires and tech companies are ramping up their rhetoric, paying agitators and plotting against the church.

-The media doesn’t care that people know they are lying.  They are stepping up their lies. They learned nothing from Trump’s victory. The crocodile tears we saw from some media outlets meant nothing.  Their blatant falsehoods are back with a vengeance.

Trump is not a pastor or a moral reformer.  He will not be a social conservative who will fight for family values.  If you look to him for that, you will be disappointed.  Worse still, it will distract you and you will miss your assignment in this miracle.

If you ever listened to anything I ever said, I beg you, listen now!  Trump is a foot in the door—a stay of execution.  He is an act of God to buy the church time to repent and return to her rightful role in American life.

Trump broke the political correctness that threatened to swallow us whole.  The revival is our job, not his.

-Morally corrupt Christians and lukewarm pastors don’t appreciate the miracle.   Why would we expect a generation of believers raised on Pablum to know what to do with this miracle?  They don’t read the Bible or pray.  They have never truly repented.  They have no concept of sacrifice.  There is no way they will stand in the heat of battle.

-We are not seizing the moment to repent because we do not appreciate God’s mercy.  The Jews did not appreciate the miracle of Cyrus’ decree.  It did not provoke them to repent. Ezra the priest said, “And after all that has come upon us for our evil deeds and for our great guilt, since You our God have punished us less than our iniquities deserve, and have given us such deliverance as this, 14 should we again break Your commandments…” -Ezra 9:13,14.   This is a chilling warning to us.

-We want Trump to do things for us that we must do ourselves.   Winning the lost is up to us, not Trump.  Trump may not be a big help to the church.  The Jews thought they could keep going back and complaining to the King about the same thing.  They vainly tried to communicate with the King and found that it was a waste of time.

The American church must build on the opportunity that Trump gave us. We must wake up to our task!  Our disunity is killing our cause.  Petty differences have never looked so petty!  We must shake off the disastrous apathy and complacency that is dulling us to our duty.   Churches must come together in citywide prayer and soul winning.  Pastors must push back on the lies being perpetrated against orthodox Christianity—they must roar from their pulpits.

We must muster all our strength and stand strong.  Seize this miracle for what it is. Remember the words of the man who God told to make Israel great again and build the wall, “And I looked, and arose and said to the nobles, to the leaders, and to the rest of the people, ‘Do not be afraid of them. Remember the Lord, great and awesome, and fight for your brethren, your sons, your daughters, your wives, and your houses.’” -Nehemiah 4:14 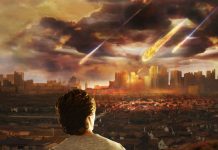 End of The World and is Jesus Christ Sitting or Standing At God’s Right Hand? 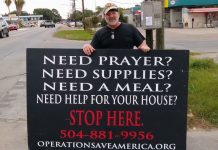 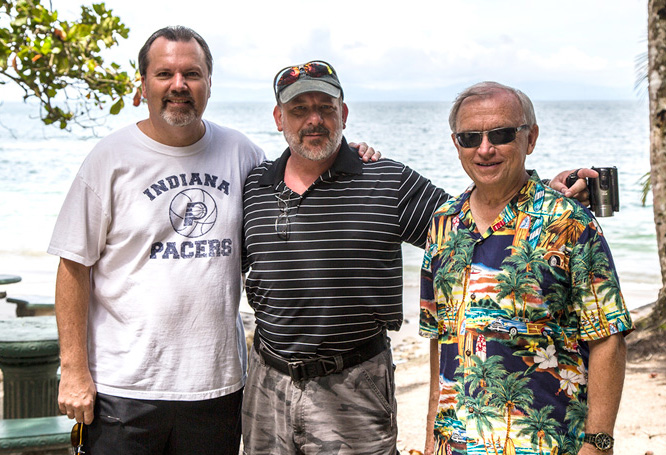 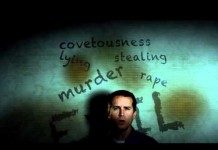 The Rage – A Look Back – A Look Forward