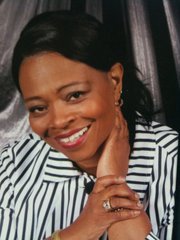 Tonight at sunset, all over the world, the Jews will began the celebration of The Feast of Passover and Unleavened Bread, as instructed by God Himself in Leviticus and Exodus. Over the past few days, they have been removing from their homes, all foods that contain ‘leaven’ or yeast. This includes any foods that ‘puff up’, such as rice…as again, intructed by God. Leaven, according to the Scriptures represents ‘pride’ or ‘sin’.

As the Feast of Passover begins, the Jewish families will gather together for a Passover Seder or Dinner. At this dinner, specific scriptures will be read and all of the foods eaten will represent their exodus from Egypt – bitter herbs for their suffering and an apple/walnut dish that represents the mortar used by the Israelites during their bondgage in Egypt (that I absolutely love) – called charoset. They drink 4 cups of wine during the seder/dinner, as described in Exodus 6 – Consecration, Deliverance, Redemption and the 4th Cup is I Will Take You As My People.

Over the next 8 days of these Feasts of the Lord, the Jews will eat Unleavened Bread known as Matzo. Of particular interest to me is that during the Passover meal, 3 Matzos are stacked one on top of the other and the one middle is broken and wrapped in white linen and then hidden for 3 days. Then the children are told to find the wrapped bread and whoever finds it wins a prize!

The entire Seder, which the Jews have been observing for over 3000 years is a perfect picture of Jesus!!!

Take a good look at the Matzo Bread. In Isaiah 53:5 – “But he was wounded for our transgressions, he was bruised for our iniquities: the chastisement of our peace was upon him; and with his stripes we are healed.”

The Matzo Bread, because it is baked without leaven, shows burn marks and bruises. It is pierces as Jesus was pierced for us and it is striped…like the stripes Jesus endured for us.

In Luke 22:19 Jesus said: “And he took bread, and gave thanks, and brake it, and gave unto them, saying, This is my body which is given for you: this do in remembrance of me.”

Jesus is The Lamb of God, The Middle Matzo, and The Third Cup of Wine. The only Greek word in the Haggadah (the written ceremony) is “afikomen” and its literal meaning is “He Came”!

In Matthew 26:29, Jesus said: “But I day unto you, I will not drink henceforth of this fruit of the vine, until that day when I drink it new with you in my Father’s Kingdom.

That’s the cup He will drink with us at His Return!!!

How awesome is that!!