“Give me control of a nation’s money and I care not who makes the laws.” —Mayer Rothschild.

For most people, facing the truth is a hard thing to do. It is so much easier to simply ignore the obvious than it is to make the necessary, hard decisions that are required once we know the truth.

So, too, America is in a mess because we will not admit the obvious. We have failed to deal with what we know to be true. As in ‘The Wizard of Oz’, there really are ‘men behind the curtain.’

I wrote my first commentary shortly after 9/11. I have been faithfully hunting-and-pecking the truth nearly every week for going on 14 years now. I am not some Johnny-come-lately in regards to writing what I believe to be true. You can find over 400 of my commentaries on this website and you are free to comb through them and see for yourself how accurate my writings have been. I wish I had been wrong about so much of what I’ve written, but America is in a state of denial.

It’s about time that we understand and admit to ourselves that President Barack Hussein Obama is a Muslim. I don’t know how actively he participates in the Islamic rites and rituals, but there is no doubt that he identifies with Allah far more than he does the God of Abraham, Isaac and Jacob. The “War on Terror” is being waged with a Commander in Chief whose administration is full of representatives of the Muslim Brotherhood. You can deny it if you want, but there is an enemy of America in the White House. Yes, folks, Saudi money has bought the White House.

As far as our political system goes, there is very little difference between the two parties. Oh, you can find differences in their advertised ‘platforms’, but for the most part, practicality nothing changes regardless of which party holds the majority. The only difference between John Boehner and Nancy Pelosi is the deceitful words that they spew. Otherwise, very little changes in national policy.

Both the Democrat and the Republican leadership are for bigger government. Neither party represents the will of the people, but rather the will of their lobbyists and donors. Money controls everything. Voting brings very little change. You are free to believe that things will change now that the Republicans are in control, but unfortunately the puppet masters haven’t changed.

In reality, the bankers run the world. It is mathematically impossible for America to ever get out of debt. Balancing the budget won’t do it. Cutting spending won’t do it. Raising or lowering taxes won’t do it. Our monetary system is a debt-based system. Debt drives the economy. The only way out of the financial mess that we find ourselves in is a total collapse of the current system, and it is inevitable.

Understand that Social Security is broke. Your pension fund will disappear. Your 401K retirement plan is not worth the ink that is printed on your ‘Federal Reserve Notes’. While you are busy collecting paper money, the wealthy are buying real, tangible property and precious metals. The Bible calls gold and silver the only real money, but you have been convinced that paper currency is true wealth. The sad fact remains, however, that paper money is, well…paper and ink.

Your financial adviser is trained in navigating this debt-based system. The borrower is servant to the lender, the Scriptures teach. Debt is our master. Debt controls the earth. Are you in debt? Have you taught your children to go into debt? You can’t serve both debt and God.

Did you know that The Federal Reserve is a PRIVATE business owned by the World Bank? The United States Congress has no authority whatsoever over The Fed. It will never be audited because it is a private organization outside the control of our government. The Fed prints money out of thin air and then charges us interest on the money that it creates. The Federal Reserve is autonomous and they own the banks. By proxy, The Federal Reserve controls everything Congress does. The bankers are the bosses. Everyone works for them. Our Republic has been stolen.

“By this means government may secretly and unobserved, confiscate the wealth of the people, and not one man in a million will detect the theft.” —John Maynard Keynes.

The media is owned by the same group of people who own the banks. These same people who own the banks have also bought our congressional ‘representatives’ with donations. The banks own the government. The banks own the media that ‘reports’ on the actions of the government. The President obediently lies about what is really going on. Brian Williams shamefully and submissively lies about what the government is actually doing. Hillary, The Bushes, CNN, FOX News, John Boehner, Nancy Pelosi: they all work for the same boss. Open your eyes and stop denying the truth.

The churches have also been co-opted. By willingly putting on the yoke of the 501(c)(3) corporate relationship with the government, churches are now under control of the government. Under this oppressive ‘arrangement’, the IRS tells the preachers what they can and cannot preach.

But isn’t the church supposed to represent Truth? It was Nathan the Prophet (the church) who stuck his finger to the nose of King David (the government) and called him to account. Today the government exercises veto-power over the church. God’s mouthpiece has been silenced. Money controls government, and the government now controls the church. The banks control the money. The Federal Reserve controls the banks. So you see, the bankers are ‘the men behind the curtain.’

FACT: Did you know that the IRS is not an agency of the U.S. Government? It is the collection arm of the World Bank.

I could easily write 400 more pages on this. We’re nothing but damn sheep; believing the lying government, lying media, and hiding from their bogey-man-of-the-day. Ebola today, measles tomorrow. Sandy Hook today, ISIS tomorrow. The Russians today, the Chinese tomorrow. What makes a news item a big story? Who decides what the lead story will be on the news? Who decides what stories will be buried? Why do all of the mainstream news media seem to focus on the same stories? Hmm…

Instead of worrying about Katy Perry, Bruce Jenner, or who deflated the footballs, maybe we should find out who owns the banks? Here is a great place to start. And here.

The [Federal Reserve Act] establishes the most gigantic trust on earth. When the President [Wilson} signs this bill, the invisible government of the monetary power will be legalized….the worst legislative crime of the ages is perpetrated by this banking and currency bill. From now on, depressions will be scientifically created.” — Congressman Charles A. Lindbergh Sr., 1913.

Check us out today: www.newswithviews.tv

WARNING. NewsWithViews.tv may be change the way you think. 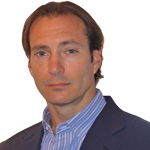