The secretive Order of Skull and Bones is a tiny Yale fraternity with about eight hundred living members, all of whom are members for life.

Fifteen Yale juniors are “tapped” each year by the seniors to be initiated into next year’s group. Some say each initiate is given $15,000 and a grandfather clock. Far from being a campus fun-house, the group is geared more toward the success of its members in the post-collegiate world.

Members of the Order wield power hugely disproportionate to their numbers. Think of it this way: There are some three hundred and sixty MILLION Americans of whom, less than a thousand are ‘Bonesmen’.

Members of the Order have held prominent roles in every US administration since that of Abraham Lincoln. That is out of a pool of less than a thousand Bonesmen living in any given generation.

It is hard not to see evidence of the conspiracist theory in the history of the Order. Rev. William Sloane Coffin was a radical left wing activist who bedeviled the FBI with his anti-war activities and played a prominent role in civil rights activism in the 60’s. Coffin served as Yale Chaplain from 1958 until 1975.

In the 80’s, he was a leader in the anti-nuke movement, founded the SANE/FREEZE anti-nuke lobby, and is a dedicated globalist. Coffin’s lectures and speeches urge people to turn away from isolationism and to become more globally aware. William Sloane Coffin, rabidly liberal Democrat, was one of the fifteen freshman tapped in 1948 to become a Bonesman. His sponsor was Bonesman George Herbert Walker Bush.

On the other hand, there is ultra-conservative thinker, writer and publisher William H Buckley. Buckley is about as conservative as one can get, and was among the 1949 crop of fifteen Yale freshmen admitted to the Order. Buckley was sponsored by William Sloane Coffin.

One of the most controversial entries on George Bush’s resume is his membership in the secretive fraternity, “The Order of the Skull and Bones.”

Membership in the Order is not limited to the Bush ‘line’. Senator John Kerry is also a Bonesman. So were Kennedy advisors William and McGeorge Bundy, and Clinton’s Assistant Secretary of State Winston Lord. (Clinton wasn’t a Bonesman, he was a Rhodes Scholar, which has the identical globalist agenda.)

No wonder the conpiracy theorists’ charges are so shrill! This is eye-popping stuff! Especially when you consider the origins of the Order. Skull and Bones founder William Huntington Russell studied in Germany in 1831-32. At that time, Germany was a hotbed of new ideas and the concept of ‘new thinking’ was taking hold. Johan Fitche, in his “Address to the German People,” declared that the children would be taken over by the State and told what to think and how to think it.

Georg Wilhelm Friedrich Hegel took over Fitche’s chair at the University Of Berlin in 1817, and was a professor there until his death in 1831. Hegel was the culmination of the German idealistic philosophy school of Immanuel Kant.

To Hegel, our world is a world of reason. The state is Absolute Reason and the citizen can only become free by worship and obedience to the state. Hegel called the state the “march of God in the world” and the “final end”. This final end, Hegel said, “has supreme right against the individual, whose supreme duty is to be a member of the state.” Both fascism and communism have their philosophical roots in Hegellianism. Hegellian philosophy was very much in vogue during William Russell’s time in Germany.

William Russell went on to become a general and a state legislator in Connecticut. Alphonso Taft was appointed U.S. Attorney General, Secretary of War (a post many “Bonesmen” have held), Ambassador to Austria, and Ambassador to Russia (another post held by many “Bonesmen”). His son, William Howard Taft (’87), is the only man to be both President of the United States and Chief Justice of the Supreme Court.

Those Bonesmen who didn’t go on to be government leaders went on instead to work as members of the money trust.

Henry P. Davison was a partner in Morgan financial empire and one of the Jekyll Island conspiracists who helped set up the Federal Reserve system. Pierre Jay was the first chairman of the New York branch of the Federal Reserve. Artemus Gates was president of New York Trust Company, Union Pacific, TIME and Boeing. C.E. Lord was Comptroller of the Currency. John Thomas Daniels founded Archer Daniels Midland.

So, now that you know all this, what does it mean? There are only two answers. Either it means that there really IS a vast global conspiracy, or it is all relatively innocent coincidence.

I say ‘vast, global conspiracy’ because most of the Bonesmen are members of other conspiratorial groups, like the Council on Foreign Relations, Trilateralist Commission, the money trust or the various think-tanks on both sides of the political spectrum.

Of course, most people reject this conclusion as nihilistic; if accepted, it means accepting the concepts of an Illuminati that secretly rules the world. If people really believed they had no voice in domestic or global politics, it would force a global revolution.

That is why there are so MANY conspiracies out there. I recall a scene in a Mel Gibson movie called ‘Conspiracy Theory’ in which Gibson’s character breathlessly (and accurately) outlined in a couple of sentences the entire Illuminati globalist plan to another character (and to anybody who watched the movie). Everybody thought it was entertaining, but nobody believed the conspiracy. It was just one of many.

Are all the conpiracy theories real? Probably not. But the one Mel Gibson outlined in the movie is. So is the Skull and Bones theory.

The conspiracies are real, and so are the conspirators. But they don’t know that they are co-conspirators in a larger plan. The Illuminati, the Order, the money trust, the globalists and the liberals don’t think of themselves as conpirators, but rather as benevolent protectors bend on saving society from itself.

The Bible predicted that, in a single generation, there would develop a genuine, centralized global government, global economy and global religious system. The keyword here is ‘centralized’. According to Scripture, the antichrist will rise to power and will take control of all three global institutions — all within a period of only seven years.

Without the necessary infrastructure in place, and control centralized in the hands of only a few well-placed individuals, the seizure of global power by a single individual was a practical impossibility.

By now, you must be furious, and thinking, ‘we’re doomed!’ Get a grip.

To quote the Savior,

“see that ye be not troubled: for all these things must come to pass” (Matthew 24:6)

The conspiracists are out in the open, because the conspiracy itself is coming to fruition. The timing is right, the movement is already underway, and the secrets are coming out. They don’t know they are setting the stage for the antichrist, but the Bible says that is what they are doing.

Knowing this stuff is cuts both ways. How do you function in the real world, analyzing events and discussing politics, when you know in your heart of hearts its all a sham? THAT is the secret weapon that keeps the conspiracies under wraps — nobody WANTS to believe them. But for the Christian, it is evidence that the Bible is true, that all continues according to Divine Plan, and that Divine Plan includes the soon coming of the Lord. That is why He cautioned us,”see that ye be not troubled: for all these things must come to pass”. Instead, take heart! 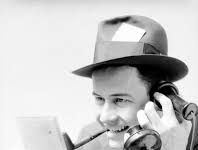 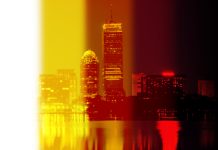 The Nation’s Best Defense: The Prepared and Armed Citizen