The Israeli government expressed deep concern that military equipment and assault rifles transferred to the Palestinian Authority by the U.S. will end up in the wrong hands and could be used against the Jewish state, according to secret diplomatic cables released by WikiLeaks and reviewed by WND.

Despite this concern, the U.S. government continued to transfer large quantities of rifles and ammunition to the PA, with some Palestinian gunmen admitting to WND the rifles may be used to attack Israel.

Israeli Security Agency head Yuval Diskin told the U.S. embassy in Tel Aviv in a June 2007 meeting that he was concerned about the transfer of American weapons to the PA, according to a cable of June 13, 2007.

Diskin noted that he had heard earlier that month from Palestinian sources that Hamas had succeeded in stealing some heavy machine guns from the U.S.-supported PA.

He noted the incidents as an example of why he does not support a U.S. proposal to supply ammunition and weapons to PA President Mahmoud Abbas’ Fatah militia.

“I support the idea of militarily strengthening Fatah, but I am afraid that they are not organized to ensure that the equipment that is transferred to them will reach the intended recipients,” stated Diskin, according to the cable.

He reiterated in the meeting that he does not want to see any equipment transferred to them before he is convinced that it will arrive at its intended destination.

Diskin was speaking after major clashes erupted between Hamas and Fatah in the Gaza Strip. The clashes eventually escalated, resulting in a Hamas takeover of Gaza.

Despite the Israeli warning, the U.S. in the summer of 2007 infused Fatah with thousands of American-made assault rifles and millions of rounds of ammunition, according to Israeli security officials speaking to WND.

WND published a series of exposes in 2007 showing how U.S.-backed security forces were infiltrated by Hamas.

WND also reported on numerous instances in which Hamas seized American weapons when it took over Gaza in 2007.

Since the late 1990s, the U.S. has run training bases for PA militias. The U.S. also has provided hundreds of millions of dollars in financial aid and weapons to build up the PA militias.

Over the past two years, the U.S. stepped up its efforts at training the PA, running more advanced courses guided by Keith Dayton, the U.S. security coordinator to the Palestinian territories, who in 2007 initiated an advanced program for Palestinian police to train 500 to 600 cadets at a time at the American bases.

The U.S. currently operates training bases for the PA police and other militias, such as Force 17 and the Preventative Security Services in the West Bank city of Jericho and the Jordanian village of Giftlik.

Nevertheless, Israeli security officials here continue to warn they are concerned Abbas’ Fatah organization in the West Bank is infiltrated by Hamas just as it was in Gaza in 2007.

Hamas’ infiltration of Fatah in Gaza was so extensive, according to top Palestinian intelligence sources, it included the chiefs of several prominent Fatah security forces, including Yussef Issa, director of the Preventative Security Services, the main Fatah police force. Issa regularly coordinated security with the U.S. and Israel.

Many members of the Al Aqsa Martyrs Brigades terrorist organization serve openly in the various PA militias, including in top positions. The Brigades, the declared military wing of Abbas’ Fatah organization, is responsible for scores of suicide bombings, shootings and rocket attacks aimed at Jewish civilian population centers. Most Brigades members received U.S. or European training as part of the PA security forces.

While U.S. policy considers Abbas to be moderate, the Al Aqsa Martyrs Brigades is classified by the State Department as a terrorist organization.

Abbas previously appointed senior Al Aqsa Martyrs Brigades leader Mahmoud Damra as commander of the Force 17 Palestinian security unit. Damra, who was arrested by Israel in November 2006, was on the Jewish state’s most-wanted list of terrorists. In his role as Force 17 commander, Damra regularly coordinated security with the U.S.

Much of the senior Al Aqsa Martyrs Brigades leadership in the important West Bank Fatah stronghold of Nablus attended U.S.-run training courses, including Ala Senakreh, the former Brigades chief in Nablus, and Senakreh’s deputy, Nasser Abu Aziz. Both Aziz and Senakreh in June 2007 received amnesty from Israel on condition they disarm and refrain from terrorist activities. The Al Aqsa Brigades chief in Ramallah, Abu Yousef, doubles as a senior leader of the U.S.-backed Force 17.

In November 2007, Israel arrested two Palestinian police officers who had been accused that month of gunning down Israeli civilian Ido Zoldan in the northern West Bank. Immediately after the killing, Al Aqsa Martyrs Brigades leaders called WND to take credit for the attack.

“I do not think that the operations of the Palestinian resistance would have been so successful and would have killed more than 1,000 Israelis since 2000 and defeated the Israelis in Gaza without these [American] trainings,” said Yousuf.

Yousuf received U.S. training in Jericho in 1999 as a member of the Preventative Security Services. He is a Brigades chief in Ramallah, where he is accused of participating in anti-Israel terrorism, including recent shootings and attacks against Israeli forces operating in the city and an attack in northern Samaria in December 2000 that killed Benyamin Kahane, leader of the ultranationalist Kahane Chai organization.

After the Kahane murder, Yousuf was extended refuge by Yasser Arafat to live in the late PLO leader’s Ramallah compound, widely known as the Muqata. Yousuf still lives in the compound.

Then-Prime Minister Ehud Olmert granted Yousuf amnesty along with 178 other Brigades leaders, reportedly as a gesture to Abbas.

Speaking during a sit-down exclusive interview for the book “Schmoozing with Terrorists,” Yousuf said his American training sessions were instrumental in killing Jews:

“All the methods and techniques that we studied in these trainings, we applied them against the Israelis,” he said.

“We sniped at Israeli settlers and soldiers. We broke into settlements and Israeli army bases and posts. We collected information on the movements of soldiers and settlers. We collected information about the best timing to infiltrate our bombers inside Israel. We used weapons and we produced explosives, and of course the trainings we received from the Americans and the Europeans were a great help to the resistance.”

“I myself received American trainings in Jericho. Together with my Preventative comrades, I received trainings in intelligence methods and military trainings,” he said. “In the intelligence part, we learned collection of information regarding suspected persons, how to follow suspected guys, how to infiltrate organizations and penetrate cells of groups that we were working on and how to prevent attacks and to steal in places.

“On the military level, we received trainings on the use of weapons, all kind of weapons and explosives,” Yousuf said. “We received sniping trainings, work of special units especially as part of what they call the fight against terror. We learned how to put siege, how to break into places where our enemies closed themselves in, how to oppress protest movements, demonstrations and other activities of opposition.

“We also learned to discover agents that Israel tried to plant in our cells,” he said.

Yousuf stressed he “isn’t talking about U.S. training in order to irritate the Americans or the Israelis and not in order to create provocations.”

“I’m just telling you the truth,” he said. “We applied against Israel all that we learned from the Americans.” 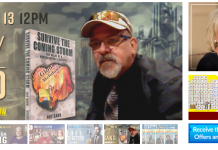 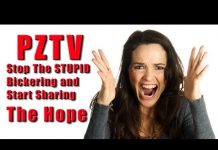 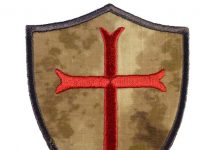 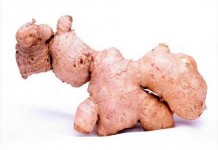 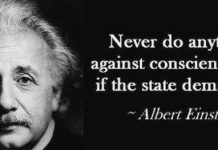 If Hillary Wins… We Will Need Bold Christians Once Again

11 Years after 9/11-the prophetic path of America