Joseph Farah says the last election was not fair and free. The WorldNetDaily founder and editor paints an even darker picture in a column at wnd.com, saying, “It was not a free and fair election. In fact, if we as a nation don’t acknowledge the reality of what I am saying, we may never have a free and fair election again in the future of this once-great nation.” Farah’s point is well taken. The problem is: who cares? Americans do not seem to care enough to take to the streets and make this an issue. Those in the opposition party elected by the citizenry are hell-bent on finding some socialist-inspired, Communitarian world view, “common ground” with the White House. What to do?{pub}To read this entire article, please register and it will be opened up to you{/pub} {reg}

In looking at the maps of who voted and where, it is amazing to me that small pockets of votes carried the election. More amazing to me, as a seasoned political campaign veteran, that in certain precincts, even counties, of the thousands who voted, the Occupant of the Oval Office’s challenger received less than .2% of the vote. This is incredible and, quite frankly, not only unbelievable, but against all odds, nearly impossible. According to news reports, one Ohio county reported the president won 108 % of the registered voters. Now that is impossible. Members of our military who are serving overseas did not get to vote because military ballots were denied active-duty servicemen and women. Really?

Farah’s own list of voter fraud examples goes on and on. He cites that “WND has proven that by actually contributing under the name Osama bin Laden from a Pakistani IP address, with a phony physical address and other neon-lit red flags in hopes of catching attention” that the president’s campaign accepted illegal contributions, concluding, “No one can know the extent of the fraud” because the president refuses to release the names of donors under $200. Farah says that the Occupant won every state that didn’t fully require photo ID to vote. He says that the president “won 99.8 percent of the vote in 44 Cleveland districts.”

Farah is taking action by filing a Federal Election Commission complaint as well as exposing this voter fraud. Problem is, elected officials such as Republican House Speaker John Boehner, an Ohio boy from the opposition party, are trying to find “common ground” with the president and encouraging him to lead. If indeed all of these people were elected fraudulently, who will be the champion of the disenfranchised? Who will stand in the gap to expose this corruption-whether it be Benghazi or the election or gun running in Mexico or the myriad of other issues that are disenfranchising all of us? The LORD said in Ezekiel 22:30, “And I sought for a man among them, that should make up the hedge, and stand in the gap before me for the land, that I should not destroy it: but I found none.” The night is far spent, the day is at hand. 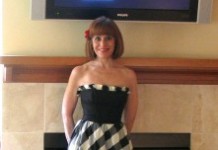 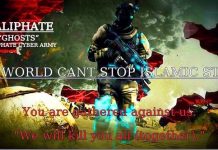 Church Be Ready, The Enemies Are Coming, Be Ready For The…