I doubt if this commentary will get “shared” by most who read it. It is part of the “collateral damage” of today’s thought-phobia.

But I hear the “amens” from those of you who share my “bigotry” against the anti-Christian bigots. There are thousands of you who agree with me. But you won’t say so. At least not to others. And you certainly won’t “share” it on to your “lists” because of some wussies that you are afraid might be offended.

What the hell are you afraid of? Why have so many people become so paralyzed by what others may think? Silence isn’t golden…it is yellow. The godhaters are winning because they have silenced your voice. Your unwillingness to speak up and defend what you believe is giving the progressives a victory without firing a shot. If they silence you, they silence the voice of God.

What, for Pete’s sake, are you afraid of?

Come on now. Have you ever taken the time to take a hard look at the weenies that make up the thought police? I mean, really look at them. Can you explain to me what it is that would make a God-fearing man cower in the face of such impotent opposition? What in Sam Hill are you afraid of?

Look at the Progressive Democrats that are currently riding herd on the American culture. If they lived in your neighborhood, where the “real” Americans live, would any of them have any qualities that would cause you to peek out from behind the curtains when they drove by?

Hillary Clinton? Nancy Pelosi? Harry Reid? What about Dick Durbin, Chuck Shumer, John Kerry, or Debbie Whats-in-her-mouth Shultz? Are you kidding me? Sergeant Shultz from Hogan’s Heroes knows more than they do and he was constantly telling us “I know nothing…” Seems to me that is the same position that President Homobama has carved out.

How about Jay Carney? What kind of person will take money to lie for another they way he does? If his integrity is for sale why should you care what he thinks?

And the media is even worse. My buddy Tom tells me he’d love to have five minutes in a UFC ring with any number of the talking heads on the tube. My goodness, progressive cable TV is ground zero of the low-testosterone gaggle of Chris Hayes, Anderson Cooper, Ronan Farrow, Don Lemon…only Rachel Maddow shows any hint of manliness.

If they didn’t have a TV show no one would give a hoot in hell what they think. Why is it Ted Nugent can keep my attention; especially when verbally slapping the sissified Brit Piers Morgan? Is it by accident that we are being fed a constant barrage of gender-void reporters? Manliness is definitely missing in the American newsroom.

Women don’t like bossy men the experts like to tell us. So to counter that image, they feed us bossy women and gelded men. Is it me, or does your mind scream “lesbian” when you see Hillary?

What are you afraid of? Say it. Get used once again to speaking what’s on your mind.

And what about the frauds in Hollywood? They are especially deficient. I have had a bit of experience around the “theatre” crowd and there cannot be a more dysfunctional group of people than those who live their lives playing the role of someone they are not. Alcoholism, drug-abuse, debauchery, divorce, fornication, earth-worship, and homosexuality are characteristics that seem to be most prevalent in Entertainment Industry.

I can’t for the life of me figure out why anyone gives a rat’s ass what any of the “celebrities” in Hollywood and its affiliates thinks or says. Most of them are only happy when they are acting like someone else. They are only good at reading a script. Who wants to spend time around those phonies? Can you say White House?

And the gayness…OMG!! Try as they might they will never be able to convince a large majority of Americans that their behavior is normal. All they can do is make you afraid to say it.

Hey! What the hell are you afraid of? Why are we letting the ingrates listed above control the direction of this nation? Homosexuality is abnormal. Go ahead and practice saying it. It is liberating.

Only in America can a middle-of-the-road-homo-football player be celebrated while the God-fearing Twin-Towers of Truth the Benham Brothers are ridiculed. Up is down and down is up. Evil is good and good is evil. That has happened because of me and you. Our cowardice has permitted the depraved and debaucherous to set the tempo in America while the silent super-majority cowers in the corner afraid to be ridiculed…while they willfully pay for their children to be indoctrinated in lies.

I say “Bring it on.” I’ll be dad-gummed if I am going to watch the future of my grandchildren destroyed by those who view the lives of others as unimportant, and liberty as a government quid pro quo for muted obedience to the politically-correct cabal.

Let me ask you again, what are you afraid of?

Take a good look at those who are controlling us and start pushing back. If not you, then who? If not now, then when? You are a child of the King. You are His ambassador. Speak for Him.

On this Memorial Day weekend let us never forget the fear our forefathers must have had to overcome. We stand where we are today because of their willingness to face their fear. Cowardice never won anybody anything.

Patriot/President John Adams chided us: “Posterity, You will never know how much it cost the present generation to preserve your freedom. I hope you will make good use of it. If you do not I will repent in Heaven that I ever took half the pains to preserve it.”

Let us live for what they died for. What are you afraid of? 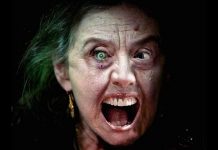 Cleansing of Christians in America? Wait Till Hillary Gets In Office 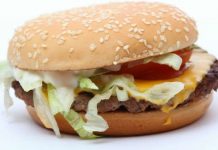