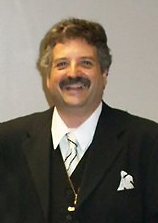 I really should hate this time of year. It’s a time of year that ‘society’ dictates that we should be merry and joyful, but honestly, looking back, circumstances seemed to scream just the opposite. As a child I was ill, and spent much of my early life in and out of hospitals, and congenital heart disease took no vacation at Christmas, even for an 8 year old.

As an adult just starting out in the early 1980’s, my wife and I were doing some last minute Christmas shopping when we found we could not return to our neighborhood, on Christmas Eve morning. A gas leak decided to blow up the neighborhood leaving us homeless on Christmas Eve of all times.

The one and only time I worked for someone else, while most were receiving Christmas bonuses, I received a ‘pink slip’ and was laid off. Merry Christmas to me, huh?

It was on Christmas Eve one year that I found out my then wife was having an affair with my best friend, and I told her to make a choice. She said she needed time to decide. I tossed both her and the Christmas tree out that Christmas eve.

It was around the holidays in subsequent years that I lost my brother in laws; Steve, Wayne and Sonny; my favorite aunt, Dee, my uncle Yak, my sister Sharon and a few close friends.

It was at Christmas time a few years ago that my dad was rushed to the hospital near death, and spent from Thanksgiving through mid January in the hospital, and to this day the doctors aren’t sure what was wrong, but thankfully he is recovered now. But that Christmas seemed like it was going to be the last with him.

It was at Christmas a few years ago we discovered my wife had cancer.

Yes, I really should hate Christmas and this time of year, because looking back, some of the worst of times seemed to happen between Thanksgiving and January. But I don’t hate Christmas. I love Christmas. It is my favorite time. Forget what ‘scholars’ say about it, not really the date of Jesus’ birth, the pagan practices associated with it, the commercialization and secularization of it. Forget that. What it is that we celebrate is the birth of a Savior. Whether or not he was born on that day, or a different day, we know he was born. His birth divided time in two, BC and AD. He was born without fanfare, no CNN, no NY Times society page announcement, no fireworks, no ‘breaking news scroll across the bottom of a TV screen. Just a baby, attended to by his parents and a few shepherds, outcasts of society, in a smelly manger. And his name was Emanuel, Jesus, which meant God With Us.

Yes, God With Us. THAT is what we celebrate. Not Christmas trees, not office parties, not revelry and merrymaking, but God With Us. Looking back on all the tragic things that happened in my own life, around Christmas time, I could be bitter and hate Christmas. I would have every right to. Who wouldn’t. But if I really thought about it, the same type of tragedies and misfortunes probably happened around other holidays and milestones as well. It just seems like all these things happen at Christmas because we are told we should be joyful yet sometimes life has other plans. But I am reminded each and every day that throughout all these bad things, I made it through, I survived, I got stronger and deeper in my faith, because I have come to realize that I have little power on my own. If left to myself, these bad things that happened should have and probably would have broken me. But each time, Emanuel, God With Us, carried me through. Like the 23rd Psalm reminds me, He is with me, like a Shepherd guiding me, He is with me every step of the way. He did not abandon me, when I went through dark times, He carried me.

So, this year, at Christmas I look forward with great joy and can’t wait to see the eyes of my granddaughter light up when she sees the presents under the tree, just as I felt when I saw my own daughter’s eyes at Christmas when she was younger, just as my own parents did when I was a kid, and the memories will warm my heart as they did for countless generations.

But as I get older, I appreciate it more and more. It is not the presents, it is the ‘presence’…Emanuel, God With Us. 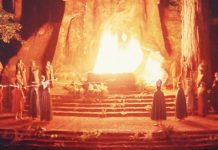 The Rise of the Luciferian State 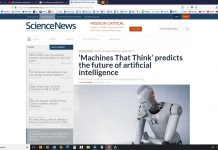 Is Satanic Artificial Intelligence (AI) Going to Control The World? 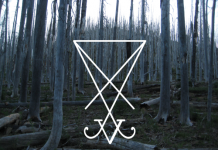 Understanding Illuminati Mindset, Magic and Their Hopes To Take Over The World

The Saint Must Walk Alone