Do you feel helpless when you see the deterioration of the fabric of society?

Do you cringe when you see the collectivist ideologies of the left swallowing up the rights of the individual?

Do you want to change the world for the better but see no way to make even a small change, much less a big change?

First let’s look at Jeremiah 4:3.  It says, ‘For thus saith the LORD to the men of Judah and Jerusalem, Break up your fallow ground, and sow not among thorns.’

‘Fallow ground’ is ground that is fertile, but not in use at the moment.  It may be ground that has been allowed to ‘rest’ for a year.  Or it might be ground that has not been used in a long time.  The people in this verse are sowing among thorns instead of breaking up fallow ground.  I see a sort of parallel here where Christians are attacking the world’s problems through political and social avenues.  Of course this is thorny ground.  The people with whom the Christian is trying to work are not thinking in the same way that Christians are supposed to think. Non-Christians look at things from a Humanist viewpoint.  It is all about how mankind can change the world for the better.  The power of God to help is never really considered for any reason except for some sort of last ditch effort.  There might be a little lip service given to God, but there is no real faith in His power to help.  The world does not know Psalm 46:1 which says, ‘God is our refuge and strength, a very present help in trouble.’

For the Christian, fallow ground is in the saved heart.  When someone is saved, the ground in their heart becomes ground in which the knowledge of the Lord can grow.  It doesn’t happen by some sort of mystic knowledge transfer.  It comes through study and meditation specifically directed at the verses written in the Bible.  THAT is the fallow ground we are to plow and plant.  The absolute best way a Christian can change the world for the better is to begin a change in his or her own heart.  Good preaching in church is a good plow.  It is a way to begin plowing the fallow ground of the saved heart.  However, to really plow the ground requires the believer to engage in independent Bible study.  The preacher just whets the appetite for the world of God.

In the 2 Kings there is an account of the people of God turning to help from the heathen nations around them.  They didn’t look to God for help. In seeking help from Egypt, they tried to solve the problem of the world with the help of men.  You could say they plowed on thorny ground instead of breaking up fertile ground.  People do that sometimes because while their mouth speaks kindly of God, their hearts are far from Him.

That bring us to Hosea 10:12 which says,   ‘Sow to yourselves in righteousness, reap in mercy; break up your fallow ground: for it is time to seek the LORD, till he come and rain righteousness upon you.’

How does someone sow in righteousness?  He repents of sin and turns from it.  Often even real followers of Christ would rather remain in their sin than repent and turn from it.  When they need help it is easier to turn to the world than it is to repent and turn to God.  That is why we see Christians turning to a social gospel to change the world.  They would rather look to lost people in high places for help than to look to the God of their salvation.  Truly their sins have separated them from God.  Now look around you and see where a social gospel has gotten us.  It has spawned the resurrection of every pagan god in the name of tolerance.  It has spawned a society where the traditional family is an oddity rather than the norm. There is practically nothing to vile to be acceptable in society today.

2 Corinthians 6:14 tells us, ‘Be ye not unequally yoked together with unbelievers: for what fellowship hath righteousness with unrighteousness? and what communion hath light with darkness?’  This is often interpreted to mean in marriage, but it means in everything.  When we join with the lost people in attempting to bring about radical change we will not make any change in the world.  Unfortunately, the world will change us for the worse.

In reading about the Lord’s righteousness, there was one verse in particular that stuck in my mind.  Proverbs 12:10 tells us, ‘A righteous man regardeth the life of his beast: but the tender mercies of the wicked are cruel.’

I see several very interesting things in this verse.

A righteous man takes care of his animals.  It is the right thing to do to care for animals

The nicest thing a cruel person can do is still cruel.

Look at what God says about those who don’t care for their own family.  ‘1 Timothy 5:8

But if any provide not for his own, and specially for those of his own house, he hath denied the faith, and is worse than an infidel.’

Christians are of God’s very own house.  Certainly He will care for His own children.

God will care for those of His own house.

When you are worried about the outcome of a specific situation, always remember that God is Righteous.  God will do what is right because that is what He ALWAYS does.  He always does what is right.

The Lord is righteous.  He becomes our righteousness when we are saved.  It is by His righteousness and grace that we may enter the Kingdom of Heaven.  To sow in righteousness is to seek the Lord, to understand Him more fully, to trust Him more, to do the things He says to do more consistently, to yield to Him with our whole hearts.

The more you seek the Lord’s righteousness, the more you know and do the things Christ says to do, the better your relationship with Him will be.  You will be better able to pray boldly and expect God to answer your prayers.

A mighty man of the Old Testament was the Prophet Elijah.  Elijah was taken to heaven without dying.  His student Elisha saw this event.  We are told in 2 Kings 2:12, ‘And Elisha saw it, and he cried, My father, my father, the chariot of Israel, and the horsemen thereof. And he saw him no more: and he took hold of his own clothes, and rent them in two pieces.’

Matthew Henry’s comment on that verse says, ‘Elijah was to Israel, by his counsels, reproofs, and prayers, better than the strongest force of chariot and horse, and kept off the judgments of God.’

More powerful than the armies of the nations were the prayers of Elijah.  Elisha, the student of Elijah, asked God for a double portion of the spirit of Elijah.  If the Elijah’s counsel, reproofs, and prayers were better than the strongest force of chariot and horse, then how much more so the prayers, counsel, and reproof of Elisha?

This does apply to each of us here and now.  God is still righteous.  God’s Word is still true.  It still applies to us today as a individual Christians

Remember James 5:16 which says, ‘Confess your faults one to another, and pray one for another, that ye may be healed. The effectual fervent prayer of a righteous man availeth much.’

If you want your prayers to ‘avail much’ then, ‘Sow to yourselves in righteousness, reap in mercy; break up your fallow ground: for it is time to seek the LORD, till he come and rain righteousness upon you.’   Hosea 10:12.

Are Universal Barcodes, Implantable Chips on People The Mark of The… 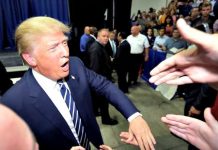 Behind the Scenes Donald Trump Is Humble and Teachable 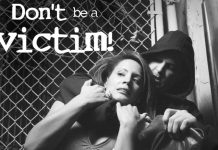 The Time Has Come Where We Realistically Need To Think About…