Whether they want to classify it as terrorism or not, the facts speak for themselves. Here we go…Iranian immigrant Mohammad Moghaddam opened fire in an Amarillo, Texas Wal Mart, took two people hostage, and was shot dead by police. Authorities say it was not terrorism because it was a work dispute. Folks, this white-washing of Islam by America’s leaders puts us all in harms way. When they don’t get what they want, these radical Islamists will not abide by the law, they follow Islamic custom. America’s leadership is in league with them by not calling this what it is: Islam is not compatible with free societies. But Islam is a useful tool in forwarding a totalitarianism agenda, such as communism.
Homeland Security chief’s Jeh Johnson’s solution to the problem of Islamic terrorism is disarming America. Johnson told CBS, “We have to face the fact that meaningful gun control has to be part of homeland security. We need to do something to minimize the opportunity for terrorists to get a gun in this country.” Why should the rights of American citizens be further violated because of one violent class of people? The first thing that comes to my mind is to put a ban on any Muslim that wants to buy a gun. But even then, they will have guns and they will commit terrorist acts. France is a perfect example. Huge restrictions on gun ownership, and yet 130 people killed by Islamists in November 2015.
Johnson’s solution is to appease Muslim communities in the US: “We’re going to continue to build bridges to American-Muslim communities, not vilify them and drive them into the corners and shadows.” Johnson’s, Clinton’s and “the president’s” bridge building nonsense likely comes from results of a study. The Washington Times reports, “But some researchers suggest the link to religion is less important than the marginalization immigrants and first-generation Americans may feel. In a study last year funded by the Homeland Security Department, researchers said those who felt instances of discrimination, personal shame or humiliation had higher propensity toward radicalization.”
Does “feeling” instances of discrimination give someone the right to take another person’s life? Isn’t that exactly what the Koran teaches? If you don’t submit to Islam, you are discriminating against, and humiliating the Muslim religion, deserving of death. So let’s get this right. The groupthink of leadership in America is that we have to treat Islamists with the highest order of respect, give them what they want, take our weapons away from us, and they won’t harm us. This is absurdity. Never in history has this worked with Islam. This is wrong-mindedness. Romans 12:2 says, “…be ye transformed by the renewing of your mind, that ye may prove what [is] that good, and acceptable, and perfect, will of God.” We need transformational leaders who have renewed their minds to uphold what is right. It first starts, however, with us. 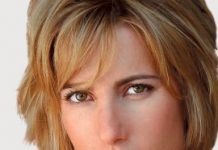 The Morality of Voting for Trump 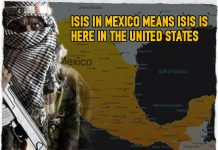 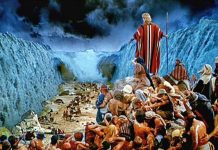 What is the world’s largest church?

The Global Economy: How’s That Working For You?

Would Jesus Back a Palestinian State?