Folks, this is not good at all and I would encourage all of you to call the White House switchboard and let the president know of this outrageous act.

“The U.S. informed Arab governments Tuesday that it will support a U.N. Security Council statement reaffirming that the 15-nation body “does not accept the legitimacy of continued Israeli settlement activity,” 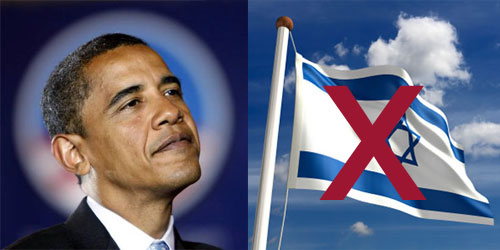 I can not even fathom what God is going to do to our nation because of this Muslim loving / Israel hating president.

I encourage you to act now and contact the white house. We must show this man that our nation will stand with Israel.

You want to write an email – http://www.whitehouse.gov/contact.

Please share this email with as many people as you know who are pro-Israel and stand with God’s chosen people.

This nation’s administration may be anti-Israel, but WE THE PEOPLE do not have to be.

I will ALWAYS stand strong and stand firm with Israel.

Genesis 12:3(KJV) And I will bless them that bless thee, and curse him that curseth thee: and in thee shall all families of the earth be blessed.

Joshua 24:15(KJV) And if it seem evil unto you to serve the LORD, choose you this day whom ye will serve; whether the gods which your fathers served that were on the other side of the flood, or the gods of the Amorites, in whose land ye dwell: but as for me and my house, we will serve the LORD.

Please act now, send this out and make it urgent, we must make our voices heard. 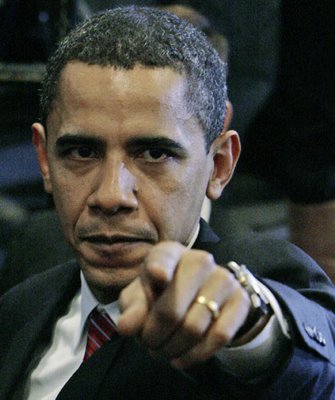 The U.S. informed Arab governments Tuesday that it will support a U.N. Security Council statement reaffirming that the 15-nation body “does not accept the legitimacy of continued Israeli settlement activity,” a move aimed at avoiding the prospect of having to veto a stronger Palestinian resolution calling the settlements illegal.

But the Palestinians rejected the American offer following a meeting late Wednesday of Arab representatives and said it is planning to press for a vote on its resolution on Friday, according to officials familar with the issue. The decision to reject the American offer raised the prospect that the Obama adminstration will cast its first ever veto in the U.N. Security Council.

Still, the U.S. offer signaled a renewed willingness to seek a way out of the current impasse, even if it requires breaking with Israel and joining others in the council in sending a strong message to its key ally to stop its construction of new settlements. The Palestinian delegation, along with Lebanon, the Security Council’s only Arab member state, have asked the council’s president this evening to schedule a meeting for Friday. But it remained unclear whether the Palestinian move today to reject the U.S. offer is simply a negotiating tactic aimed at extracting a better deal from Washington.

Susan E. Rice, the U.S. ambassador to the United Nations, outlined the new U.S. offer in a closed door meeting on Tuesday with the Arab Group, a bloc of Arab countries from North Africa and the Middle East. In exchange for scuttling the Palestinian resolution, the United States would support the council statement, consider supporting a U.N. Security Council visit to the Middle East, the first since 1979, and commit to supporting strong language criticizing Israel’s settlement policies in a future statement by the Middle East Quartet.

The U.S.-backed draft statement — which was first reported by Al Hurra — was obtained by Turtle Bay. In it, the Security Council “expresses its strong opposition to any unilateral actions by any party, which cannot prejudge the outcome of negotiations and will not be recognized by the international community, and reaffirms, that it does not accept the legitimacy of continued Israeli settlement activity, which is a serious obstacle to the peace process.” The statement also condemns “all forms of violence, including rocket fire from Gaza, and stresses the need for calm and security for both peoples.”

U.S. officials argue that the only way to resolve the Middle East conflict is through direct negotiations involving Israel and the Palestinians. For weeks, the Obama administration has refused to negotiate with the Palestinians on a resolution condemning the settlements as illegal, signaling that they would likely veto it if it were put to a vote. The Palestinians were planning to put the resolution to a vote later this week. But Security Council statements of the sort currently under consideration are voted on the bases of consensus in the 15-nation council.

The United States has, however, been isolated in the 15-nation council. Virtually all 14 other member states are prepared to support the Palestinian resolution, according to council diplomats. A U.N. Security Council resolution generally carries greater political and legal force than a statement from the council’s president.

The U.S. concession comes as the Middle East is facing a massive wave of popular demonstrations that have brought down the leaders of Tunisia and Egypt and are posing a challenge to governments in Algeria, Bahrain, and Iran. http://turtlebay.foreignpolicy.com/posts/2011/02/16/in_major_reversal_us_to_rebuke_israel_in_security_council

If you are not a PZ Insider, please consider coming on board and support our efforts here. We are really excited to see God working with this new site and the great things He is doing. 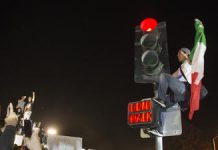 Tools To Defend You and Your Vehicle

The First Rabbinically Approved Sacrifice in 1500 Years Has Been Performed…

Five Reasons Why America Is About To Become A Very Conservative…

ISIS is Coming, Weaponize Yourself & Your Environment