In his times of discouragement, David could not figure out why he was so cast down. He asked, “Why art thou cast down, O my soul? And why art thou disquieted in me?” (Psalm 42:5). Yet his questions were not doubts about God. David actually begins the psalm by expressing his deep thirst for the Lord: “As the hart (deer) panteth after the water brooks, so panteth my soul after thee, O God. My soul thirsteth for God, for the living God: when shall I come and appear before God?” (verses 1-2).

In the midst of his discouragement, David cried out for a revelation of the Lord. He was saying, “God, there’s never been a time when I have loved You more, so why am I suffering such overwhelming discouragement?”

At times David experienced despair and depression because of his sin. He endured the Lord’s chastening for his pride when he numbered his fighting men, which was against God’s law. And he felt the pain of God’s rod when he committed adultery with Bathsheba and arranged to have her husband murdered. His heart broke over the judgment he brought upon his family because of these sins.

Many believers today are depressed because the Holy Spirit has wanted to bring them into victory, but they resisted. They have chosen the way of the flesh, and that always leads to pain and discouragement.

However, I am addressing repentant believers here, those who seek God with all their hearts. These faithful servants are gripped by a different kind of discouragement, the kind that comes upon them suddenly, out of nowhere, for no apparent reason.

When the attack comes, do not think it is unusual. God allows this kind of fiery testing with all His saints. Peter writes, “Beloved, think it not strange concerning the fiery trial which is to try you, as though some strange thing happened unto you” (1 Peter 4:12).

If this is true of you, you can be absolutely sure you are under attack. Satan has sent a cloud of discouragement to overwhelm you. It has been the enemy’s weapon of choice for centuries against God’s elect but He always has the victory!

Are We IN the Actual Tribulation?

A Time To Defend Against Maxine Waters Mobs – Going Sheepdog… 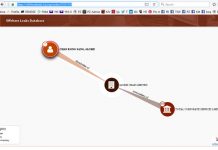